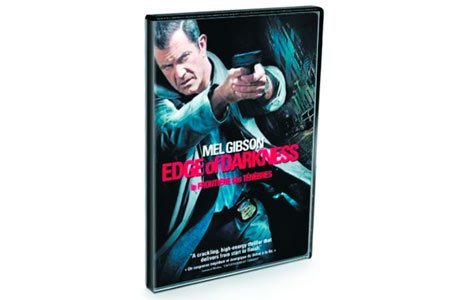 Its third-act twists are the reason to watch. Until then, Edge Of Darkness unfolds with tedious predictability.

Mel Gibson plays Tom Craven, a Boston police detective who sees his adult daughter gunned down. In short order, he’s set his sights on the secretive corporation where she worked and the radicals she was involved with. People he talks to start dying.

Much of this makes no sense, beginning with Craven’s decision to keep his investigation a secret, and culminating in the decision to kill one character twice.

Gibson, looking seriously middle-aged, goes through this with grief-stricken numbness.

He’s good at it, but it gets tedious, and he’s virtually the only character on screen. The rest are stick figures, though Ray Winstone and Danny Huston bring what colour they can to their roles.

As usual, Warner Brothers reserves the extras for the Blu-ray release, which is more likely to provoke resentment than a stampede to buy Blu-ray gear.