The five best films to stream at the 2020 Fantasia festival

Our top picks for the Montreal genre and horror film festival, which is going virtual this year 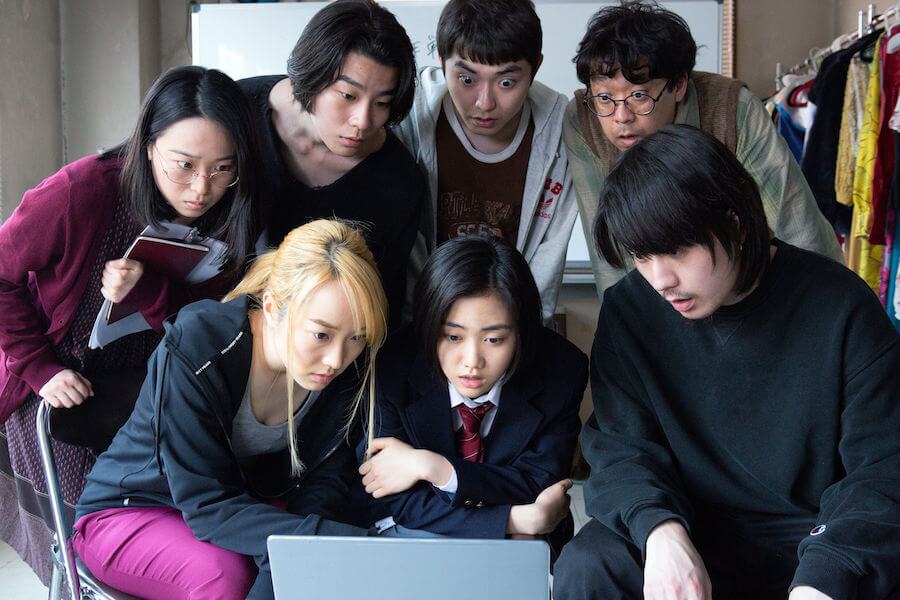 The pandemic has derailed a lot of things people once took for granted: professional sports, live music, that thing where you unexpectedly bump into a friend and hug like you haven’t seen each other in years.

For some of us nerds, the news that TIFF won’t be doing a full Midnight Madness program in its reduced 2020 edition was just as sharply felt: where would we turn for our gruesome, overcranked spectacles?

Well, one festival’s crisis is another’s opportunity: the Fantasia festival is streaming nationwide this year, rather than confining itself a handful of Montreal theatres. And that means literally dozens of new sci-fi, horror and fantasy titles are available to watch starting August 20, and we don’t even have to wait a full day between them.

There’s also a lineup of free events and Zoom panels, including a presentation on Afrofuturism by film critic and Blood In The Snow programmer Carolyn Mauricette (Friday August 21, 5 pm), a master class with revered Halloween creator John Carpenter (Saturday August 22, 4 pm), a panel on narratives of resistance in folk horror (August 25, 3 pm) and a salute to the late horror director Stuart Gordon (August 27, 5 pm).

I’ve been digging into the program, and here are a few titles I can recommend. Just pay close attention to what tickets you buy: about half of the program is available on demand at any point in the festival, but the other half is very strictly scheduled, with tickets that expire five minutes after the specific start time.

Brea Grant stars a a nurse with a side hustle in organ procurement in 12 Hour Shift.

Angela Bettis, beloved to horror fans for her performance in Lucky McKee’s May, gets to show some very fine slow-burn comic chops in this messy farce from actor/filmmaker Grant (Best Friends Forever) about an Arkansas nurse with a side hustle in organ procurement and a cousin (Chloe Farnworth) who complicates that hustle in every way possible. Blood is shed, corpses are defiled and at least one vital organ is waved around in a very irresponsible manner, but somehow Grant gives the whole thing a good-natured, scrappy energy that kept me curious to see what would go wrong next, and how she’d get a laugh out of it. Keep an eye on Nikea Gamby-Turner as Bettis’s exhausted superior; her impatience becomes its own running gag.

Subtitled Surviving The Independent Film Business, this documentary spans five years in the life of Toronto director McConnell (The Collapsed, Broken Mile) as he strives to finance and shoot his latest project, the body-switching thriller Lifechanger. It’s a rough road, and McConnell breaks it up by chatting with legends like Mick Garris, Guillermo Del Toro and George A. Romero about the challenges they’ve faced in their own careers. Horror fans will obviously dig this the most, but Clapboard Jungle should also click with anyone looking to see how much work it takes to make art – and how much more work it takes to put oneself in a position to make it in the first place.

The latest from Our House director Burns is a stylish, hallucinatory and quietly unnerving experience that might actually benefit from being viewed alone in the dark. Julia Sarah Stone (Weirdos, Honey Bee) stars as Sarah, a troubled Alberta teen who enrolls in a sleep study that unlocks something nightmarish in the way she sees the world. Evocative and elliptical in its storytelling, as indebted to Douglas Trumbull’s Brainstorm as it is to John Carpenter’s Prince Of Darkness, Come True feels like a voyage through someone’s subconscious in the best possible way: I don’t know that it’ll work on you, but it sure as hell worked on me. (That said, the very last shot is kind of dopey.)

RJ Mitte stars in the anthology film The Oak Room.

Adapted from Peter Genoway’s prizewinning Fringe play, this mood piece from horror director Calahan (Antisocial, Let Her Out) starts with two men (RJ Mitte, Peter Outerbridge) trading stories in a deserted bar on a wintry Northern Ontario night, and reconfigures itself into other stories about other men in other bars. It’s static but never dull, the action shifting to another two-hander every time things threaten to stagnate; Ari Millen, Nicholas Campbell and Martin Roach turn up in different combinations to vary the dramatic energy. This is exactly the sort of movie you’re meant to stumble across at a festival. So go do that.

There’s probably no Fantasia title more eagerly awaited than this, Ueda’s follow-up to his bravura zombie comedy One Cut Of The Dead… and that means a lot of people are going to be disappointed by Special Actors, which is an enjoyable trifle that doesn’t even try to recapture its predecessor’s delirious energy. This one’s a low-key goof about a nervous young security guard (Kazuto Osawa) whose brother (Hiroki Kawano) gets him a gig with a service that provides actors to clients looking to stage real-life situations – and needs bodies to help a young woman (Yumi Ogawa) get her sister out of the clutches of a cult. The script is infernally complicated while somehow feeling loose and silly, which is nice, although there’s also a sense that Ueda is straining to find a higher gear that constantly eludes him. Maybe it’s that we know he’s capable of so much more.