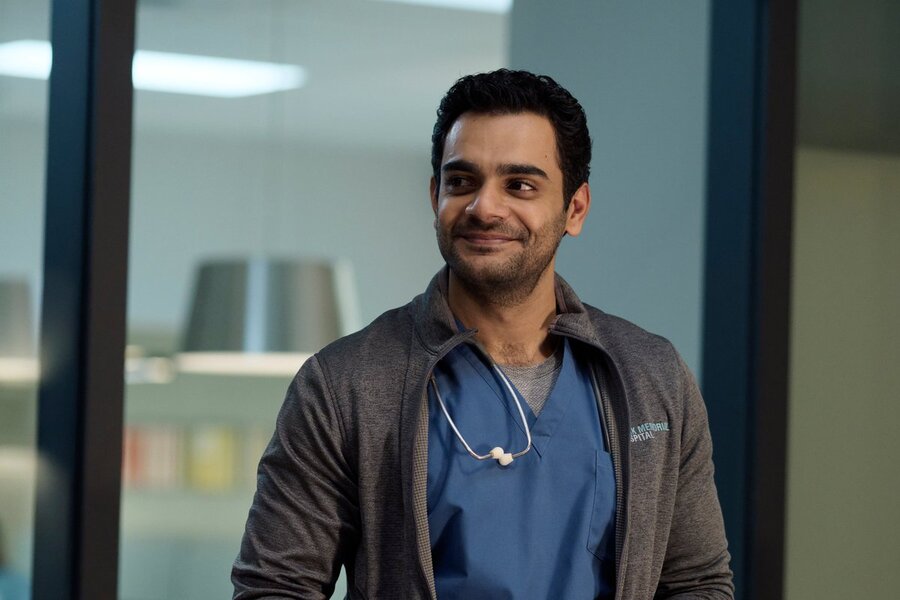 Hamza Haq stars as a Syrian refugee in Transplant.

This week, the Regent Park Film Festival joins the long list of festivals that have pivoted to online streaming. But by now, everyone should have no trouble making the adjustment.

The 18th edition of the free community film festival – which, as always, focuses on equity, access and representation of BIPOC stories – is organized around this year’s concept of “Dis Place,” which confronts the meaning and effects of displacement. All programming (with one exception) is available to stream across Canada for the entirety of the festival, from 6 pm on November 26 to 11:59 pm on November 29. Just sign up at the festival website for access.

The festival kicks off its 2020 edition with a program of five short films, including Ngady Conteh George’s Mr. Jane And Finch, about Winston LaRose’s 2018 run for Toronto city council in Ward 7; and Adrian Wallace’s Black Sun, a look at two women – activist Sherri Bonnelli and filmmaker Kelly Fyffe-Marshall – responding to the horror of gun violence. The package will be accompanied by a conversation with the filmmakers, moderated by CBC Radio Metro Morning host Ismaila Alfa.

CTV’s Transplant: How It Started And What’s Next

In a very strange year for Canadian television, CTV’s Transplant – a procedural drama starring Hamza Haq as a Syrian refugee who joins a Toronto hospital’s high-stakes ER team – has been an unexpected success story, both for the complexity of its storytelling and its casual diversity. (Its Toronto looks like Toronto… even though most of the series shoots in Montreal.) Haq, writer/producer Sami Khan, writer Anar Ali and executive producer Tara Woodbury join moderator Adnan Khan for a conversation about making the show – and making it count.

The RPFF always offers one truly unexpected selection, and this year it’s Casimir Nozkowski’s indie comedy, which was supposed to premiere at Tribeca this spring until, you know. It stars Brian Tyree Henry – an invaluable supporting presence in everything from Widows and If Beale Street Could Talk to Spider-Man: Into The Spider-Verse and this week’s Superintelligence – as an editor whose life falls to pieces when he gets locked out of his Brooklyn apartment. This isn’t a one-person show, mind you; the supporting cast includes Star Trek: Discovery’s Sonequa Martin-Green, GLOW’s Sunita Mani and Billions’ Asia Kate Dillon. (Due to licensing restrictions, this title is only available to stream in Ontario.)

Screening under the family-friendly FamJam banner, Christene Browne’s documentary Farewell Regent – which played the Reelworld festival last year – takes a ground-level look at the changes in Regent Park as the neighbourhood shifts from 100 per cent social housing to a mixed-income model. With Toronto’s housing crisis reaching new levels of unsustainability, this feels like exactly the right moment for a film about a community’s reaction to the subtle and not-so-subtle pressures of gentrification.

Does facial recognition software discriminate against people of colour? Absolutely! And it’s a very serious problem. Shalini Kantayya’s documentary – which premiered at Sundance and screened at Hot Docs earlier this spring – illustrates the distressing findings of MIT researcher Joy Buolamwini on developer bias and the risks inherent in putting the public trust in the hands of deeply flawed algorithms. The film will be accompanied by a conversation between Kantayya and RPFF programmer Faduma Gure.