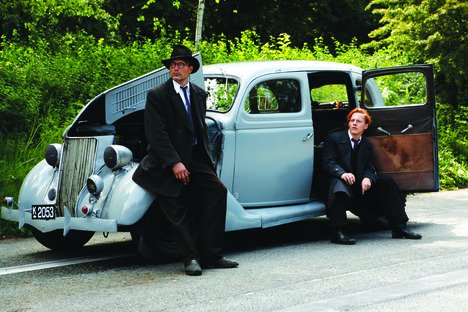 Two resistance fighters in Nazi-occupied Copenhagen get orders to assassinate Danish collaborators. Flame (Thure Lindhardt) is eager for the work. His partner, Citron (Mads Mikkelsen), has never killed before and isn’t keen to start. 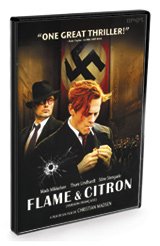 Some of the killings go wrong, and the question of betrayal comes up. Who are Flame and Citron really working for? Who are they really killing? Tension mounts when Flame is ordered to kill the woman he’s dating.

The double-dealing and ever-present threat of capture and torture serve as background for the real source of the movie’s csonsiderable suspense: the partners’ slow meltdown as murders and uncertainty take their toll.

The more tense they get, the more the men withdraw into themselves. Mikkelsen and Lindhardt are restrained actors, and their stillness contrasts effectively with director Ole Christian Madsen’s stark approach to violence.

Flame & Citron is based on a true story. Too bad the budget didn’t include extras. A historical doc would’ve been welcome.