From Paris With Love 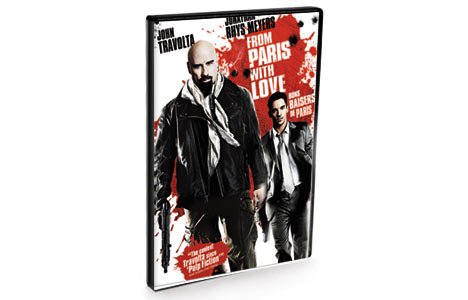 Shun this. It’s so dumb that you’ll catch the only plot twist before the plot gets started, so witless that “funny” means putting suspense music behind non-suspense action and so thrill-free that the John Woo tribute shootout has all the kinetic energy of a department store mannequin.

And that’s not the worst of it.

As a gun-happy secret agent chasing terrorists in Paris, with Jonathan Rhys Meyers tagging along, John Travolta kills the film single-handedly with a performance lifted directly from old, bad blaxploitation movies. His embarrassment in the extras is the high point of the disc.

If you really need buddy-spy movies, rent seasons one and two of I Spy or The Man From U.N.C.L.E.