Review: Greed looks at how the fast-fashion industry exploits everything 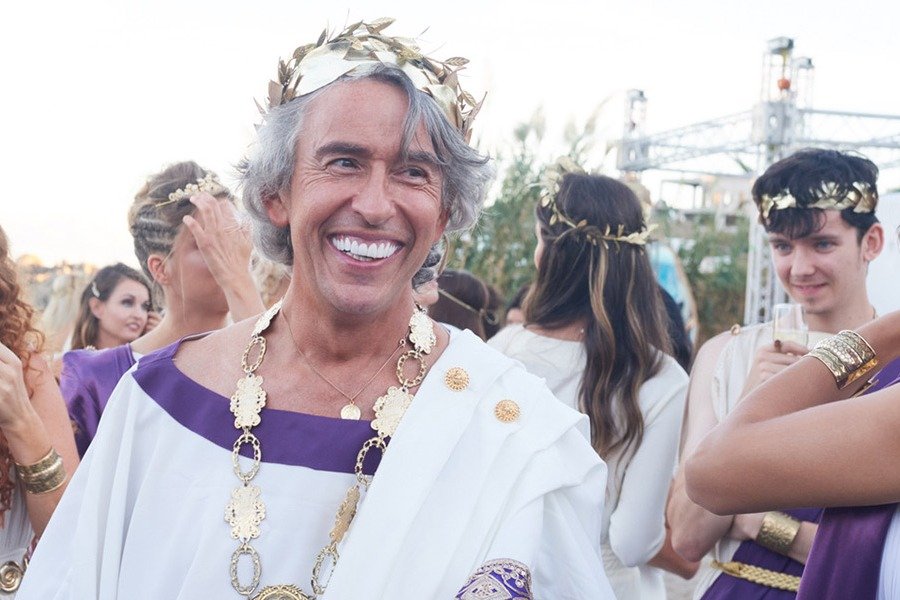 Michael Winterbottom’s new film is being marketed as a comedy about a rich fool throwing himself a massive party on a Greek island – and that’s an entirely fair description of the story.

Its protagonist, the fast-fashion magnate Sir Richard McReadie, is indeed very rich and quite foolish: an oblivious, entitled knob, really. But he’s made a fortune by marketing bad taste to the British people, achieving cultural domination through a series of hostile takeovers and stock swaps that always seem to ruin the venerable companies he acquires, but never dent his own personal brand. People will always want to look good for less, after all.

So, yeah, there’s a little more to Greed than you might get from the marketing, which is built very firmly on Steve Coogan grinning like an idiot, dressed in a toga like some deranged emperor. This, too, is apt: Sir Richard is throwing himself a Gladiator-themed party for his 60th birthday. He loves that movie. Quotes from it constantly. Doesn’t seem to remember how it ended.

Winterbottom and Coogan have worked together before, of course, almost always creating portraits of successful, empty people: 24 Hour Party People, Tristram Shandy: A Cock And Bull Story, the ongoing Trip series. Greed is different, in that its ambitions are much larger: rather than a comic character study, the new film offers an aggrieved examination of the way the fast-fashion industry exploits almost everyone it touches.

Winterbottom and co-writer Sean Gray are pulling a bit of a Big Short here, using the structure of a farce to deliver shocking info-dumps about the kingdom fictional billionaire Sir Richard rules. And it works. Coogan’s oblivious bluster propels the action as he dashes about the island of Mykonos preparing for his epic salute to himself, and we’re invited to notice the carnage he leaves in his wake.

Flashing back to the 80s to illustrate Sir Richard’s evolution from three-card monte at school to shell-gaming regulators and tax collectors – and to a more recent government inquiry into his predatory business practices – the film shows us how a shameless outsider steamrolled his way through a system designed by classists who never saw him coming. (The character is modelled on actual London player Sir Philip Green, but if that metaphor seems to extend beyond the fast-fashion industry, well, you’re not wrong.)

The cast is large, but the characters are well-defined, set up in their own little subsets: Sir Richard’s family (including Isla Fisher as his ex and Asa Butterfield as their miserable son) on one spoke, his employees (Dinita Gohil as his overworked, undercompensated assistant David Mitchell as his increasingly revolted biographer) on another. There’s also a group of Syrian refugees on a nearby beach and a reality-TV crew headed by Doctor Who’s Pearl Mackie.

Greed puts them all in place and pits them against one another, as Sir Richard – who fancies himself Maximus, but who’s really Commodus – moves about in luxury, believing himself perfect and untouchable. But he’s neither, of course.