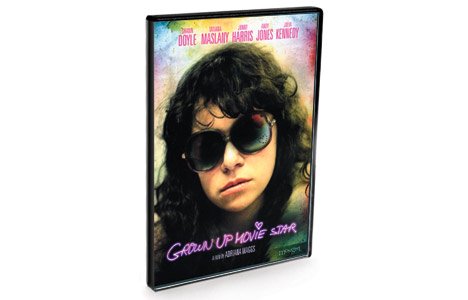 Despite a severe mid-point slump and a wimp-out ending complete with dreadful power ballad, Grown Up Movie Star delivers some strong drama and engaging, believable characters.

His NHL career destroyed by a drug bust, Ray (Shawn Doyle) returns to his Newfoundland village to find his wife leaving him and his two daughters, Rose, 11, and Ruby, 15 (Tatiana Maslany). Ray has no idea how to cope with Ruby’s emerging sexuality or his own gay desires. Mutual anger grows.

Doyle and Maslany give high-energy performances so natural that the movie sometimes feels like a documentary. Jonny Harris as Stuart, Ray’s wheelchair-bound best friend, brings a wealth of submerged, conflicting emotions to what at first looks like mere comic relief.

Writer/director Adriana Maggs enhances the drama with a strong, unobtrusive sense of place. Too bad she didn’t get to do a commentary.