Hamilton movie is being released a year early on Disney+

The film version of Lin-Manuel Miranda's monster hit musical has been moved to July 3, 15 months before its original release date 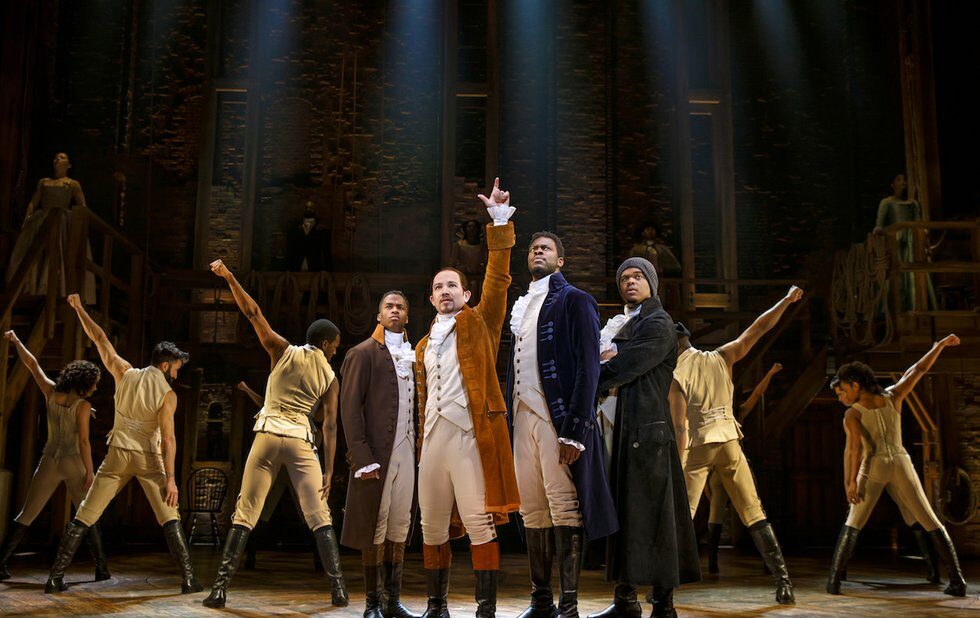 If you had tickets to see Hamilton in Toronto (pictured above), cancelled because of COVID-19, the film version featuring the original Broadway cast is now coming out July 3.

The Walt Disney Company is fast-tracking the release of the Hamilton movie.

A unique live filmed version of Lin-Manuel Miranda’s revolutionary hit Broadway musical about one of America’s founding fathers, the movie was supposed to be released theatrically and on the Disney+ streaming site in October 2021.

That date has been moved up more than a year, to July 3, 2020, because of the coronavirus pandemic.

“In light of the extraordinary challenges facing our world, this story about leadership, tenacity, hope, love and the power of people to unite against the forces of adversity is both relevant and impactful,” said Robert A. Iger, Disney’s executive chairman, in a press release.

“We are thrilled to bring [the film] to Disney+ on the eve of Independence Day, and we have the brilliant Lin-Manuel Miranda and the team behind Hamilton to thank for allowing us to do so more than a year before planned.”

Miranda, who plays the title role of Alexander Hamilton and wrote the book and lyrics for the show, is also a producer of the film along with Thomas Kail, the musical’s original director and the director of this film version, and Jeffrey Seller.

What does this mean?

With live theatre closed and most industry experts predicting they won’t reopen until at least January 2021, Hamilton has been dark – on Broadway and in its other productions, including a touring production that was playing Toronto when the pandemic hit. The film’s original October 2021 release date would have meant 15 more months of profits for the long-running show, notorious for its high ticket prices. Then again, the release of a movie doesn’t necessarily detract from a live show’s popularity – witness Chicago and Les Misérables, still going strong on Broadway or the West End or tours, long after their well-received film adaptations.

So that’s one reason to release it early.

But Disney has also rescheduled most of its theatrical offerings, including Mulan (which was to have opened on March 27 and is now slotted for July 24), and the Marvel movies Black Widow (which was to have opened on May 1 and is now opening November 6) and The Eternals (originally scheduled for November 5, now moved to February 12, 2021). Incidentally, In The Heights, the much-anticipated film adaptation of Manuel’s earlier Broadway hit, has moved its June 18, 2020 opening until June 2021.

Waiting until 2021 would have meant Hamilton would be competing in a crowded market full of other movies pushed forward because of the pandemic.

And then there’s the Disney+ draw. So far, the streaming site has been hugely popular with families (especially during lockdown) because of its archive of animated films, as well as with superhero movie fans wanting ready access to every film in the MCU.

Releasing Hamilton during a time when there’s not much else to do, entertainment-wise, than stream stuff, could be a smart move to gain more subscribers.

Then again, let’s see how many die-hard Hamilton fans sign up for Disney+ and then cancel before the free 7-day period is over.