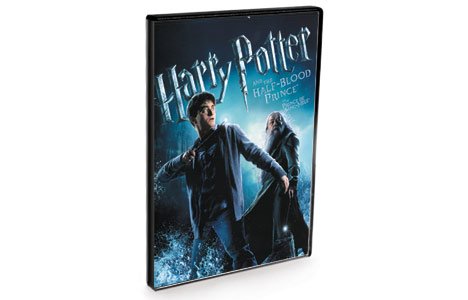 About 80 minutes in, the latest Harry Potter instalment lifts off into high fantasy. Harry is uncharacteristically outgoing and funny due to a luck potion, there’s a heartfelt funeral for a giant spider, and the boy wizard undertakes a perilous quest with Dumbledore. Until then, barring a couple of Death Eater attacks, it’s a pretty earthbound affair.

Harry and his friends are back at Hogwarts magic academy for their sixth term. They’re all teenagers now, and everybody has a crush on somebody who, of course, has a crush on someone else. Harry learns a little more about über-villain Voldemort, sinister teacher Severus Snape and spoiled rich kid Draco Malfoy. If none of this makes any sense, start with Harry Potter And The Sorcerer’s Stone and work your way forward. It’s all one long story.

The extras are mostly aimed at small children, but check out the 50-minute profile of J.K. Rowling, author of the novels. She’s articulate and forthcoming about her inner life.