Some holiday themed DVDs to watch this weekend 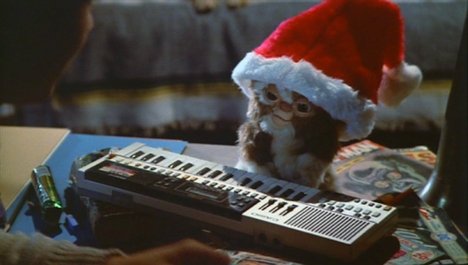 Well, here we are. Staring down the long, empty stretch of the Christmas weekend with nothing to do but spin up that DVD of Die Hard one more time. Sure, you could change things up and watch Die Hard 2 instead, but we both know you’d hate yourself for it.[briefbreak]

You could go out to the movies, but this year’s selection kinda sucks – aside from The Young Victoria and the last third of Avatar, there’s not much that really cries out to be watched on the big screen. (Even Sherlock Holmes will play just fine on video.)

Instead, I suggest a little cocooning. Curl up on your couch with a mug of cider, a heavy blanket and any of the following holiday-themed DVDs – or all of them, if you plan to do this year’s Boxing Day shopping online.

Tim Burton’s The Nightmare Before Christmas. Burton may have designed the characters and outlined the story, but the real hero of this magnificent stop-motion musical is animator and director Henry Selick, whose adaptation of Coraline earlier this year finally brought him the recognition he’s always deserved.

The Star Wars Holiday Special. No, it’s not exactly officially available – but it’s out there, and it’s totally worth watching. Especially if you’re on the edge of a turkey coma. You’ll have the most incredible dreams of Bea Arthur crooning a terrible song to a barful of aliens … oh, wait, that actually happened.

Gremlins. It may be celebrating its 25th anniversary, but Joe Dante’s full-on assault on tinsel and evergreens gets funnier – and nastier – every time I watch it. Deck the halls with splattered puppets!

Futurama: “Xmas Story”. In the year 3000, Christmas hasn’t just been stripped of all religious or spiritual affectation it’s turned into the scariest day of the year, when a homicidal Robot Santa arrives to slaughter the naughty – and everybody‘s been naughty, as far as he’s concerned. You wouldn’t think that setup could provide 22 minutes of funny, but then the Futurama team could spin anything into pristine, perverse comedy. (It’s in the second season boxed set.)

Mr. Hankey’s Christmas Classics. Trey Parker and Matt Stone re-create the cheesy joys of 1970s holiday specials for South Park‘s finest Christmas episode. (It’s in the Season Three box, and on a couple of Christmas-themed DVDs.) The CD is in constant rotation in our holiday soundtrack.

A Charlie Brown Christmas. Yeah, it’s all Jesusy in a way that makes me kind of uncomfortable as an adult. But it still works.

Merry happy, everyone! See you on the other side![rssbreak]