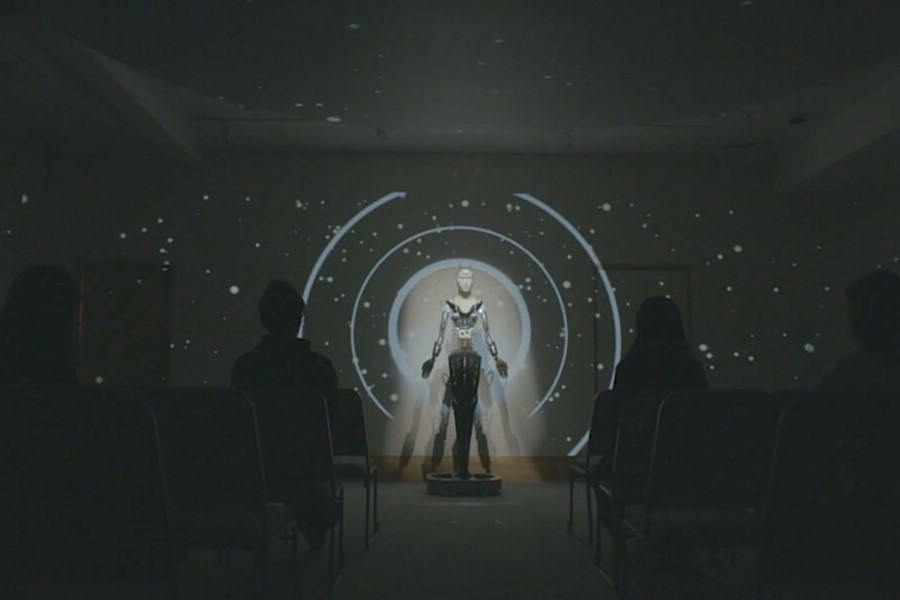 The 2021 edition of Hot Docs will once again be virtual. But the lineup is packed.

The annual festival of Canadian and international documentary cinema, which opens April 29, will be streaming at hotdocs.ca, just as it did in 2020.

Unlike last year’s festival, which scrambled to create an online edition after the coronavirus shut down movie theatres, ultimately screening a smaller offering a month later than usual, Hot Docs 2021 is rolling at full force. The festival will stream 219 films from 66 countries in 12 programs. (Precisely 50 per cent of the directors with films at this year’s festival are women.)

As was the case last year, the entire program will be available to stream on the Hot Docs At Home platform for the duration of the festival, subject to ticket availability. A virtual ticket entitles viewers to a 48-hour rental of a given title. The festival is available to stream in all of Canada.

After announcing the buzzy titles playing in the Special Presentations program – including new movies by Toronto filmmakers Yung Chang and Jennifer Holness – organizers have unveiled the complete lineup. Here are the highlights.

This year’s festival will open with the world premiere of A.rtificial I.mmortality, about the quest to extend human consciousness beyond the life of the body, directed by Ann Shin (My Enemy, My Brother). A Q&A with Shin and guests “both real and virtual” will be streamed live, for free, April 29 at 7:30 pm.

Actor/filmmaker Elle-Máijá Tailfeathers (The Body Remembers When The World Broke Open) has a world premiere of her own: Kímmapiiyipitssini: The Meaning Of Empathy looks at the effects of the opioid crisis on Alberta’s Kainai First Nation.

And journalist Tanya Talaga will bring her first documentary to the festival: Spirit To Soar, which Talaga directed with Michelle Derosier, follows the author of Seven Fallen Feathers back to Thunder Bay to follow up on the inquest into the deaths of seven First Nation high school students.

All three documentaries are screening in the Canadian Spectrum program.

Hot Docs is introducing a new program, Systems Down, highlighting documentaries about “people challenging the status quo and seeking new paths forward” in various circumstances; titles include Jennifer Redfearn’s Apart, a look at the American opioid crisis through the eyes of three women trying to resume their lives after serving time in prison; Gary Lang’s The Face Of Anonymous, a portrait of the web activist known as Commander X; and Caio Cavechini’s Sieged: The Press Vs. Denialism, about the efforts of journalists in Brazil to cover the COVID-19 pandemic.

The festival will also premiere the Citizen Minutes project, an anthology of eight original shorts commissioned by Hot Docs “aimed at celebrating and inspiring citizen engagement.” Featuring contributions from Aisha Fairclough, Rachel Garrick, Teresa Alfeld and Javier Lovera, among others, Citizen Minutes will stream for free during the festival.

The Big Ideas series returns for another year, with a tweak: the panel conversations that follow the 2021 films (Playing With Sharks, WeWork: Or The Making And Breaking Of A $47 Billion Unicorn, Mau, Subjects Of Desire and Street Gang: How We Got To Sesame Street) will be livestreamed for free this year, though tickets will still be required to watch the documentaries themselves.

The recently established Persister, Markers and Deep Dive programs are also coming back.

Titles in this year’s Persister program, dedicated to “women speaking up and being heard,” include Bobbi Jo Hart’s Fanny: The Right To Rock, about a reunion of the 70s feminist band, and Luciana Kaplan’s The Spokeswoman, following Indigenous activist María de Jesús Patricio as she runs for the Mexican presidency.

The Markers series, named for experimental filmmaker Chris Marker, showcases films that follow his boundary-bending lead, like Vincent Meessen’s Just A Movement, a documentary about Omar Blondin Diop, the West African Marxist who played a version of himself in Jean-Luc Godard’s La Chinoise more than 50 years ago; John Gianvito’s Her Socialist Smile, an essay film about Helen Keller’s political activism; and hybrid works like Maéva Ranaïvojaona and Georg Tiller’s Zaho Zay, about a Madagascar prison guard with a complicated relationship with her father, a murderer who abandoned her as a child.

And the Deep Dive series – established to showcase episodic documentary television – offers Benoit Bringer’s The Caviar Connection, about the methods by which brutal dictatorships present an image of opulence to the larger world, and Tedd Passon and Yoniu Brook’s Philly D.A., a seven-hour miniseries about civil-rights crusader Larry Krasner’s first term as the district attorney of Philadelphia.

Titles in the Artscapes program, spotlighting “creative minds, artistic pursuits and inventive filmmaking,” include Aliaksei Paluyan’s Courage, about three Minsk actors who become part of the street protests against Belarus’s president, and Philippe Béziat’s Gallant Indies, a celebration of Jean-Philippe Rameau’s opera Les Indes Galantes as remixed by 30 dancers from the worlds of hip-hop, krump, break and voguing.

The Nightvision series, dedicated to “future cult classics,” will host the world premieres of Isidore Bethel and Francis Leplay’s Acts Of Love, about a filmmaker “casting” new lovers via dating apps, and Mauro Russo Rouge’s Bloom Up – A Swinger Couple Story, about a middle-aged Italian couple with an enthusiastically open relationship.

And the nation of Colombia gets the national spotlight this year: Made In Colombia offers four feature documentaries, including Iván Guarnizo’s On The Other Side, in which the filmmaker investigates what happened to his late mother in her two years of captivity with FARC-EP guerillas.

The Hot Docs Canadian International Documentary Festival streams online from April 29 to May 9 at hotdocs.ca.