Hot Docs 2020 is turning into a digital film festival

On May 28, audiences starved for documentary features will be able to stream more than half of the festival's titles online 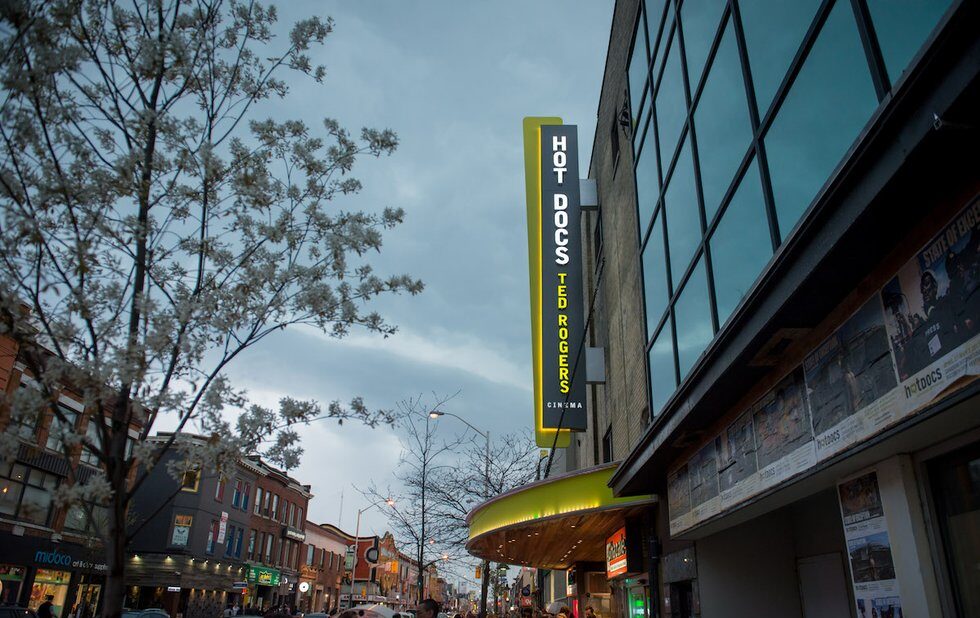 The 2020 edition of Hot Docs is going all the way online.

The documentary film festival – which had to postpone its physical festival when all of Toronto’s movie theatres closed due to coronavirus concerns – announced a streaming plan on May 5 that will get more than half of the 226 documentary features and shorts in its announced program to audiences.

On May 28 – the same day the final Hot Docs At Home selection airs on CBC – the Hot Docs Festival Online will stream at least 91 feature and mid-length titles and at least 45 shorts through its Hot Docs At Home video-on-demand platform at hotdocs.ca.

“Given the ongoing uncertainty around when live festivals and other large gatherings may safely be held, we are fortunate to have this option to bring these outstanding films to our audiences,” executive director Brett Hendrie said in a statement.

People who bought ticket packages can book their films and Hot Docs members can purchase single “tickets” on May 21. Single tickets will go on sale to the general public on May 26.

There’s no hard schedule in place all of the titles will be accessible for the entire length of the online festival, from the morning of May 28 to the evening of June 6. And because it’s a practical impossibility to watch the entire program in the space of 10 days, a majority of the program will remain available to stream until June 24.

At least two-thirds of the feature- and mid-length documentaries will be accompanied by a pre-recorded Q&A with filmmakers and subjects, and other virtual events are being planned.

The complete list of docs in the Hot Docs Online Festival is available here. This year’s retrospectives, including the salutes to Stanley Nelson and Raymonde Provencher, will be held over to the 2021 festival the interactive Doc X program is also being held back for some eventual physical presentation.

But all the other programs are represented, if in more modest scope. Lulu Wai’s There’s No Place Like This Place, Anyplace, which examines the gentrification of the Annex from the perspectives of people affected by the closure and demolition of Honest Ed’s, will premiere in the Canadian Spectrum program Coded Bias, Shalini Kantayya’s look at the paradoxical nightmare of facial-recognition tech that doesn’t “see” Black people, and Zhou Bing’s Hong Kong Moments, about the pro-democracy movement in China, will anchor Special Presentations.

Documentaries screening in The Changing Face Of Europe would have included Yrsa Roca Fannberg’s The Last Autumn, about a sheep farm in Iceland facing its final season, and Malgorzata Goliszewska and Kasia Mateja’s Lessons Of Love, following a 69-year-old Polish woman’s journey to reinvent herself after escaping an abusive marriage.

The Persister program, which showcases women’s voices both in front of and behind the camera, will screen Maria Finitzo’s The Dilemma Of Desire, about the medical industry’s indifference to female pleasure, Stefanía Thors’s The School Of Housewives, a look at a home-economics institution in Reykjavik that’s been running since 1942, and The 8th, a chronicle of the attempts to overturn Ireland’s abortion ban from directors Aideen Kane, Maeve O’Boyle and Lucy Kennedy.

And the new Deep Dive program, inaugurated to give long-form television a space of its own in Hot Docs, will present multiple episodes of the French global investigative series Green Blood, and Hoop Dreams director Steve James’s Chicago study City So Real.

The Hot Docs Online Festival runs from May 28 to June 6, with selected titles remaining available to watch until June 24. Festival details and a complete title list are available here.