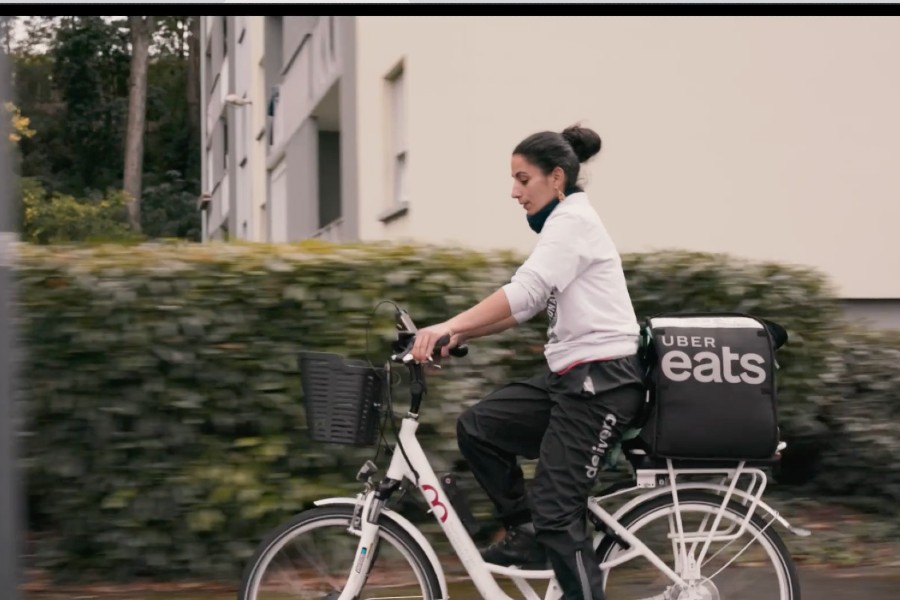 THE GIG IS UP (Shannon Walsh, Canada/France). 88 minutes. Rating: NNNN

The Gig Is Up makes both an emotional and practical plea for viewers to take a closer look at the price of convenience offered to them through ride-sharing, food delivery and other on-demand digital platforms.

The documentary follows workers in Nigeria, California, France and Florida who sustain the success of these apps. Walsh pulls the curtain back, revealing the evasion of labour rights and governmental policies behind the bright and shiny propaganda coming from tech giants like Uber, Deliveroo and Amazon’s Mechanical Turk.

The doc’s focus is the on-the-ground efforts of gig workers and activists fighting for basic job protections. One of a handful of documentaries premiering this year at Hot Docs analyzing the perils of the gig economy, Walsh has created a cohesive and convincing film, weaving together stark images that foreshadows an over-reliance on digital platforms. Her film collects heartrending stories that convey the urgency of the workers’ rights issue infiltrating our smartphones.

Available to watch here, with a filmmaker Q & A .