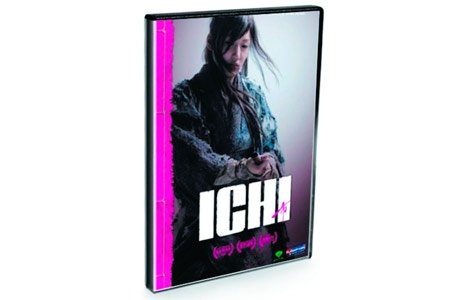 Fans of the original Zatoichi, played by Shintaro Katsu in 26 features and a TV series between 1962 and 1989, will be happy with this new twist on the character, which recasts the blind master swordsman/masseur who wanders feudal Japan killing yakuza scum as a blind master swordswoman/folksinger who wanders feudal Japan looking for her father and killing yakuza scum on the side.

Haruka Ayase has a few of Katsu’s mannerisms, but she’s a very different character: embittered, mistrustful and generally misanthropic. This makes her a good foil for the warm-hearted, inept samurai who hooks up with her.

In a classic Zatoichi flick, Ichi and the samurai would duel. That doesn’t happen here, but there are several other traditional elements: the dice game, the good family who run the inn, the bad gangsters who are destroying the village and the climactic pitched battle. One worthwhile innovation is the monstrous larger-than-life villain, played by Shido Nakamura with immense gusto that makes up for the B-movie production values.

A making-of doc would have been welcome. Maybe next time.