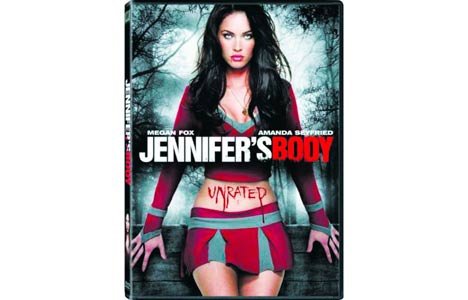 If you like the idea of exploring teen girls’ psychology in a horror movie, you’d be better off with Ginger Snaps. Jennifer’s Body has nothing on its mind but some light scares and a glance at a certain kind of friendship.

Jennifer is the pretty, self-centred one. When she turns evil and starts eating the boys, it’s up to her lifelong best friend, Needy, the plain one, to figure out what’s going on and put a stop to it.

Things play out pretty much as you’d expect, with only a few of the narrative and linguistic flourishes that writer Diablo Cody brought to her first feature, Juno. The funniest of them involves the Satanist rock band converting Jennifer to a creature of the night.

Megan Fox is believably bitchy as Jennifer, but the film really belongs to Amanda Seyfried, who gets to be soft and sweet, then seriously hard-boiled.

The extended version adds some interesting details to the story and characters, and the commentary that goes with it is worth a listen for director Karyn Kusama’s explanation of what was changed and why.