A dark comedy series about the late Toronto mayor is in development at U.S. cable network AMC 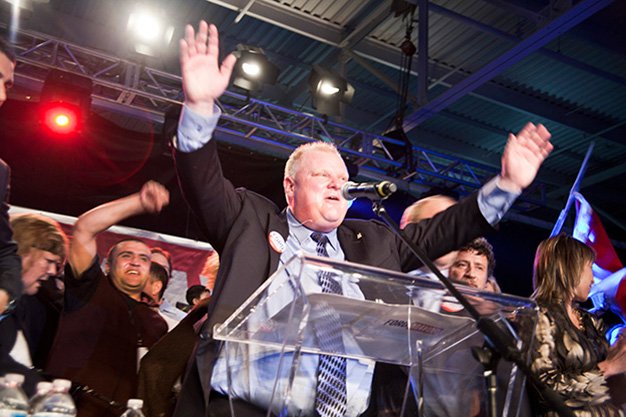 Rob Ford after his 2010 election win

The life and times of Rob Ford are getting another screen treatment.

Comedian Jim Gaffigan has been cast as the late Toronto mayor in a “dark comedy” series that’s in development at U.S. cable network AMC, Variety reports.

The show, which promises to chronicle Ford’s rise and fall, will be written and executive produced by Toronto’s Jesse McKeown (Letterkenny, The Sinner), and filmmaker Michael Dowse, another Canadian, will direct and executive produce. Dowse’s credits include Fubar, Stuber, The F Word and recent Netflix movie Coffee & Kareem.

Ford was a polarizing city councillor who became Toronto mayor in 2010. He rose to international notoriety after he was filmed smoking crack in an Etobicoke basement. After the video surfaced in 2013, he admitted to using drugs and checked into rehab. He was diagnosed with cancer in 2014 and died in 2016.

No further details have been released and the series has not yet received a greenlight from the network.

The crack tape scandal was the subject of Toronto filmmaker Ricky Tollman’s Run This Town, which debuted at SXSW last year and was released theatrically just before COVID-19 lockdown measures took effect in March.

That movie approached the story from the point of view of a fictionalized journalist who tries and fails to break the crack video story. Damian Lewis played Ford in that film.