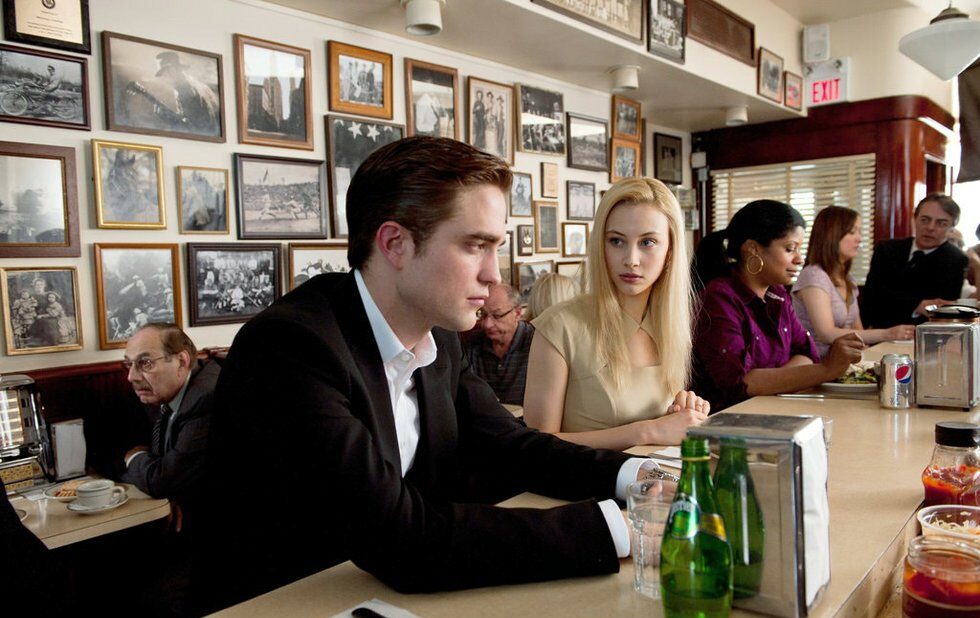 Robert Pattinson (left) and Sarah Gadon pull up at the Lakeview in Cosmopolis.

Thinking about making a movie during the lockdown? You probably shouldn’t getting a cast and crew together seems like a really bad idea when we’re all supposed to be self-isolating.

But as the restrictions ease, creative people are going to be looking for an outlet to bring all their pent-up ideas to life… and since it’s not currently operating as a restaurant, the Dundas West diner The Lakeview is offering itself up once a week as a shooting location for amateur filmmakers.

Tempting, right? The vintage diner carries both considerable production value and cinematic history, having played itself in Sarah Polley’s Take This Waltz, a New York coffee shop David Cronenberg’s Cosmopolis and a Baltimore pie house in Guillermo Del Toro’s The Shape Of Water.

Budding auteurs are asked to fill out a form on its website, which asks them to share the project’s title, a synopsis of its plot and what the filmmakers hope to achieve. (The restaurant also requests the prospective short be “PG, or at maximum AA.”)

Those whose applications are selected will be given the run of the place from 7 am to 5 pm on a designated day, free of charge.

“The films that were shot there were GoPro-style, by friends of ours who were quarantining together,” he says. “They let themselves in via a combination lock on the back door which was wiped after use, and [we] left signs that clearly denoted where the lights were. From there, they called or FaceTimed me when they needed anything. They were all very diligent in cleaning up after themselves by sweeping, mopping and sanitizing surfaces.”

The offer is open to teams of up to four people from the same household – and they’ll have to prove common residency – who’ll be ushered into the restaurant by a designated Lakeview steward, who’ll show them in and remind them proper of social distancing protocols.

And if that happens before everyone gets to make their movie, the Lakeview will honour its commitment.

“When we do reopen, we plan on only doing overnights for Thursday through Saturdays for the first little while,” Hakim says, “so we would be able to stretch this through Mondays through Wednesdays.”