Production on the Hollywood film, which stars Kevin Hart and Woody Harrelson, moved to Toronto from the U.S. due to COVID-19 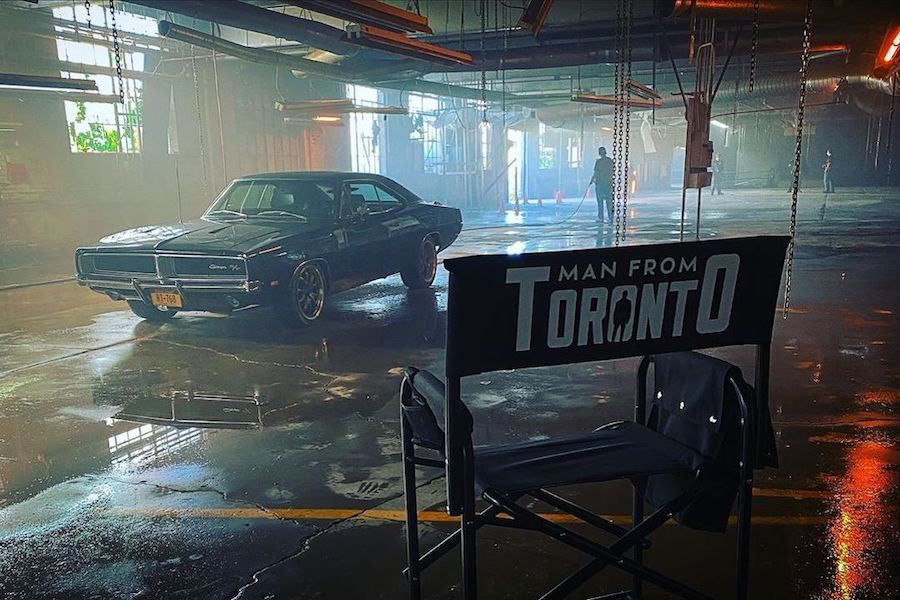 But just because the movie has Toronto in the title and is being shot up here, doesn’t mean it takes place here – like, at all.

Toronto is once again standing in for New York, among other cities, a rep from Sony confirmed to NOW. In fact, the movie’s production only moved to Toronto from the U.S. because of the COVID-19 pandemic, according to an Instagram post from director Patrick Hughes.

Hollywood studios have been eyeballing Canadian studio space for months. They’ve been considering moving their productions particularly from Georgia because we’re supposedly handling the pandemic better. Man From Toronto’s move to Toronto and Mississauga’s new Century Studios is possibly among the first in a wave.

The action comedy stars Kevin Hart as Teddy, a New York City screw-up who is mistaken for a deadly assassin known as “The Man From Toronto.” Woody Harrelson plays the titular assassin, taking over for Jason Statham, who was previously attached to the project.

The Man From Toronto also stars Big Bang Theory’s Kaley Cuoco, Melanie Liburd from Dark Matter and This Is Us and The Rookie actor Jasmine Mathews. No Canadian actors have been confirmed yet.

Both Cuoco and Hart posted videos of themselves on Instagram working out while quarantining in Canada. Cuoco arrived in Toronto immediately after wrapping on the new HBO Max series The Flight Attendant.

He’s posted multiple images on Instagram from the first day on set.

However, the big star on set was neither Hart nor Harrelson, but a customized 1969 Dodge Charger RT that is supposed to belong to Harrelson’s character, the Man From Toronto. In real life, the car belongs to Hughes. It was roaring through an industrial area during filming.

I don’t know what to make of the pic suggesting that Alf (yes the puppet from the sitcom) is part of the cast. There’s still no word on whether Drake or The Weeknd will appear in the movie. We may have to wait for Mans From Toronto for that.