This story is sponsored by the Fantasia International Film Festival. 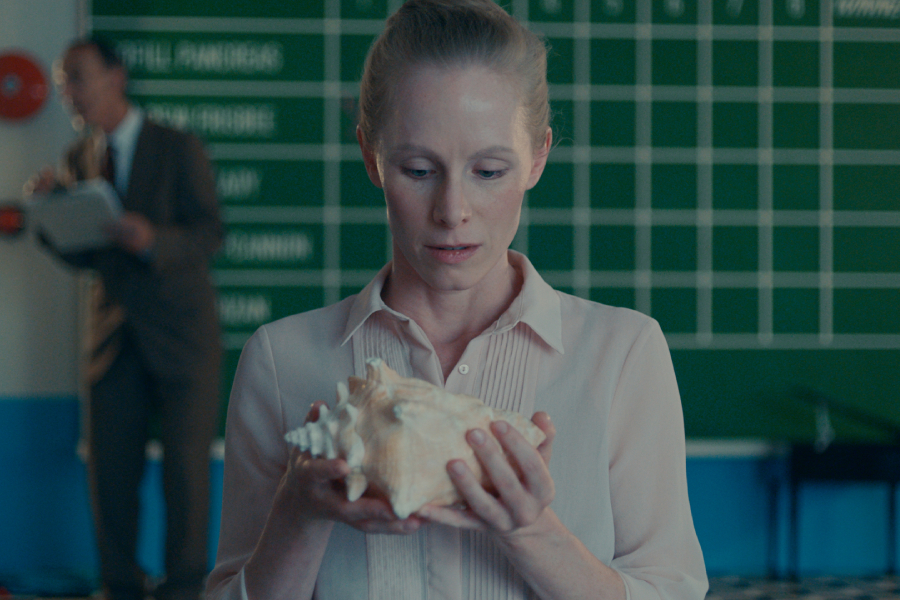 Maxwell McCabe-Lokos started out as an actor but found his career moving in a different direction – writing his own movies meant that he could secure a leading role.

“I’ve been an actor for many years and eventually, I forced my way into writing movies with zero experience and a large enough ego to compensate for my errors,” he says. “At that point I wanted to write a good movie but I also wanted to write myself a starring role. I’ve since learned that this is not a great way for me to work. My writing improved with experience and after working with author Rob Benvie [Bleeding Light]. Shortly after, I had ambitions to direct, made a couple shorts and then came Stanleyville.”

From now until August 25, film fans have the opportunity to discover diverse genre films from emerging artists, like McCabe-Lokos, at this year’s Fantasia International Film Festival.

While it’s the festival’s 25th anniversary, its impressive lineup of international and Canadian programming will be available online because of the pandemic. Despite the in-person celebrations being postponed until next year, virtual audiences can still stream captivating films spanning a variety of genres, including indie and horror.

Maxwell McCabe-Lokos’s debut feature Stanleyville, made in a “huis-clos” or no-exit style, will make its world premiere at Fantasia’s 2021 installment.

The independently funded film follows office drone Maria Barbizan (Goodnight Mommy’s Susanne Wuest) who leads what looks like a meaningless life. She’s lonely and she doesn’t really exist at her job or within her family. One day, she throws her purse and her trivial life in the trash and joins an enigmatic contest to win a habanero orange compact sports utility vehicle. The winner is also promised that they will achieve authentic personal transcendence.

Barbizan gets locked in a room with four strangers also competing for the prize, each more eccentric than the next. She must go through a series of challenges, including a “competition to probe the very essence of mind-body articulation,” led by Homunculus, an intriguing and curious host (Cube’s Julian Richings).

The mysterious film encompasses all of Maxwell McCabe-Lokos’ signature trademarks: an unequaled sense of composition, a sharp and pale cinematography to die for, witty dialogue, and oddball characters, to name a few. Stanleyville will surely keep audiences guessing until the very end.

“I feel the film really succeeded in achieving what it attempted. The story is easy to follow, easy enough that the viewer can think reflect upon the characters and the more esoteric themes, which I think is the more interesting stuff,” he says.

When McCabe-Lokos watches a movie on his own time, there’s one thing that sends him alarmingly close to the edge – a poorly constructed main set or half-baked filming location.

“If you could have seen the main set weeks before we started shooting – it looked like Chernobyl,” he says. “My brother and I, along with a few other generous souls worked like Calvinists to build that fucker with mostly scavenged materials. I don’t like crummy sets and dull, chintzy production design. I shut a movie off if I see out-of-season Christmas lights on a beige wall. Everyone who worked on Stanleyville really did their best to make every frame beautiful. Granted that I am totally biased but I think, considering the meagre resources we had, this was achieved.”

Before writing and directing Stanleyville, McCabe-Lokos was best known for his two creative short films: Ape Sodom (2016) and Midnight Confession (2017). While this is his first time being included in the Fantasia International Film Festival’s thoughtfully curated lineup, he’s the next Canadian filmmaker to watch out for.

“I like having a project, however self-appointed and Sisyphean it may be and I love seeing it come together,” says McCabe-Lokos. “As many people will confirm, the shoot itself is not exactly pleasurable. I guess parts can be and there are definitely moments of comradery but if it’s too much fun you’re probably not paying attention to something important. I enjoy editing. I like polishing turds.”

The 25th edition of the Fantasia International Film Festival will be presented by Videotron in collaboration with Desjardins and will be made possible thanks to the financial assistance of the Government of Quebec, SODEC, Telefilm Canada, the City of Montreal, the Conseil des arts of Montreal and Tourism Montréal.

For more information on the festival and its 2021 lineup, click the image below: