Melanie Scrofano on shooting Wynonna Earp during a pandemic 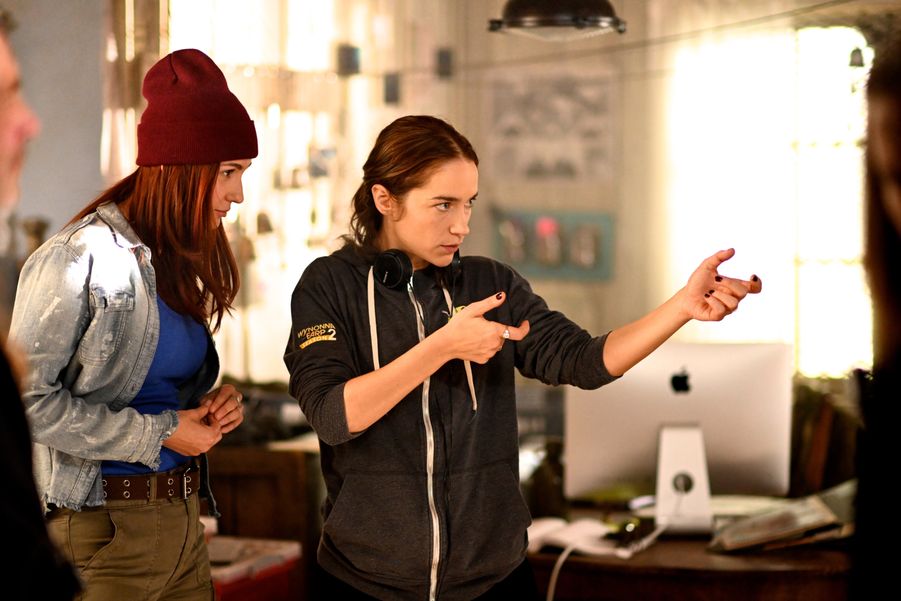 When Wynonna Earp’s fourth season premieres this Sunday night (July 26) on Bell Sci-Fi, it marks the end of a nearly two-year hiatus for the scrappy little supernatural Western. The series, which stars Melanie Scrofano as its hard-drinking, monster-hunting hero, survived a year in limbo due to financing snarls.

Season 4 went into production in Calgary last fall, only to have to shut down in March when COVID rolled across Canada.

Alberta has since reopened, so production of the back half was able to resume last week … which meant Scrofano, showrunner Emily Andras and a few other key cast and production personnel had to travel from Toronto to Calgary, and land in a place where things seem a lot more normal.

In today’s episode of the NOW What podcast, I talk to Scrofano about the ensuing culture shock, and the challenges of socially distanced Earping. You can listen to the entire conversation at the link below. (And you should!)

“We’ve had our COVID orientation,” Scrofano says. “We have a risk management company taking care of us and making sure that we’re safe. [But] even just going from province to province has been bizarre … the shift in mentality from Ontario, where you have to wear a mask indoors, and then you come here and you don’t have to wear a mask. People still do, but it’s just looser. So that shift was weird. And it makes me wonder what the shift to shooting will be like, because we have all these norms that we do without thinking. And how is that going to translate to the work?”

For starters, production is going to be a little different.

“Essentially we have zones,” she says. “People are in bubbles. So people in Zone A won’t interact with people from Zone B, et cetera. And no handoffs: we’re going digital [for scripts]. But even just, like, where am I going to put my coffee? I can’t just sip coffee and put it down anywhere because that’s gross now,” she laughs. “So I’m going to have to edit my coffee situation, things like that. I don’t know how we’re going to do it, but we’ll figure it out.”

And once that’s all dealt with, Scrofano and her co-stars will have to renegotiate the entire concept of performance.

“Like, for example, how comfortable is another actor with me getting close?” she continues. “‘Can I touch you?’ You know things that I would have never had to think about before – unless it was an intimacy scene – I now have to really go, ‘Okay, what is your comfort [zone]? What’s your tolerance level?’ It’s going to be a real interesting shift.”

But it’s all worth it if it lets everybody finish the show. And nobody’s going partying at the end of the day.

“I don’t think that any of us are really in the mood,” Scrofano says. “I don’t want to go to a restaurant. I’ll order [in], but I don’t want to go out. And I think we all feel that way. We’re all very cautious; we almost lost our baby already, we’re not going to put it in danger. All these people that work with us in the crew, they deserve to have this job [laughter] and we shouldn’t be taking it away from them with our stupid behavior.”