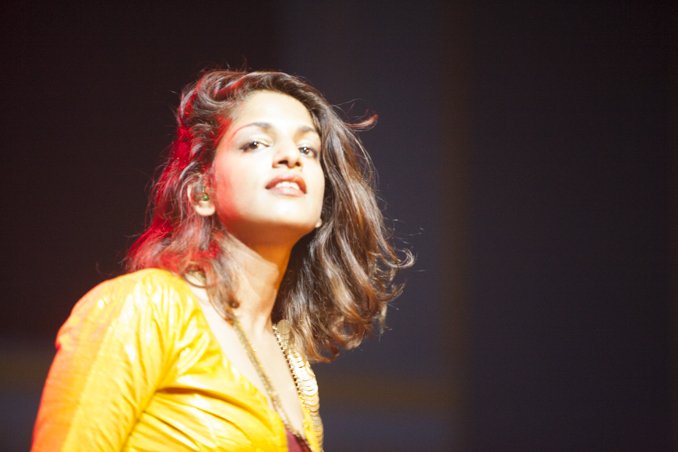 After a 48-hour ordeal that included a few hours detained at the Canadian border, M.I.A. has been allowed to enter the country.

The British-Tamil recording artist – real name Mathangi “Maya” Arulpragasam – was detained in a Canadian customs office at the Peace Bridge border crossing in Fort Erie, her manager Christopher Taylor told NOW. She is now en route to Toronto where she is scheduled to attend the Canadian premiere of her documentary Matangi/Maya/M.I.A. at the Hot Docs Film Festival this evening (May 2).

The rapper and pop star had originally planned to fly to Toronto from London, England yesterday, but was unable to board the flight due to mysterious stamp on her passport. With help from friends within the Canadian Tamil community, Arulpragasam managed to secure a temporary visa to enter by land via the U.S.-Canadian border at Fort Erie.

After flying to Buffalo this morning, she and her assistant arrived at the Peace Bridge hoping to drive to Toronto. She was held at the border for some hours until just after 10 am.

I’m hosting tonight’s premiere and, needless to say, she and I are going to have a lot to discuss.

Over the past four months, Arulpragasam has attended festival screenings of the doc, which was directed by her long-time friend Steven Loveridge, in New York City and Utah.

Arulpragasam has previously spoken out about immigration issues when she said her label would not release her album AIM – which included a song called Visa – because she could not secure a visa for the United States in order to promote it. She was eventually granted a visa in October 2016.

Her last public appearance in Toronto was for a speech at a Canadian Tamils’ Chamber of Commerce event that same year.