What to watch on Netflix Canada in August 2020 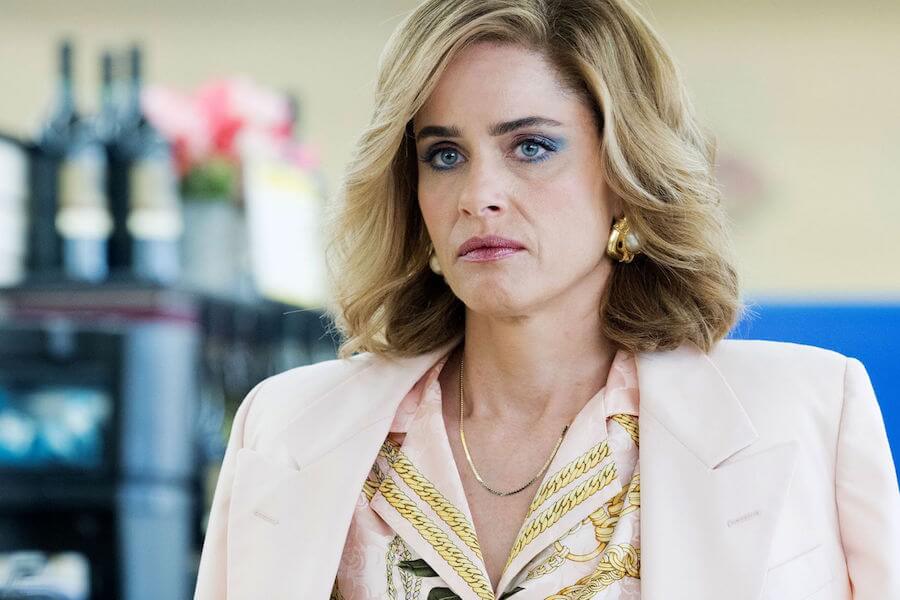 NOW critics have pored over into the August 2020 Netflix Canada schedule to find the most interesting new and old titles hitting the streamer. This month, we’re looking forward to an action movie starring Jamie Foxx, a sensational true-crime drama starring Amanda Peet, a Sundance-winning short and a classic western scored by the late-great Ennio Morricone.

What We Can’t Wait To Watch

Sam Jay: 3 In The Morning

As anyone who saw her perform at Comedy Bar two years ago knows, Jay is one of the freshest, fiercest comedy acts around. Now, the SNL writer gets her first hour-long Netflix special, and expectations are high. Jay is brutally frank and honest – about everything from her sexuality to the differences between Black and white men. Let’s see how the Atlanta audience – the special was taped at that city’s The Masquerade last year – reacts to her raw, unfiltered jokes. It will definitely entertain you at 3 in the morning. August 4.

Now that everyone’s seen that silly but entertaining little Netflix film called Eurovision Song Contest: The Story Of Fire Saga, it’s time to see if life is stranger than fiction. Hosted by the spirited Palina Rojinski, this reality series shows karaoke singers competing for the chance to win up to 30,000 euros. The speaking is subtitled, but judging from the trailer, most of the songs are in English. A guilty pleasure? Ja! August 7.

The true-crime anthology series based on Christopher Goffard’s podcast of the same name returns to tell the story Betty Broderick. Amanda Peet plays the titular role: a faithful San Diego housewife who suspects her successful lawyer husband (Christian Slater) is cheating with his younger secretary (Rachel Keller). Her increasingly violent tendencies escalate to brutal murder. The ensuing trial became a media sensation in the late 80s – and a TV movie starring Meredith Baxter – but expect this retelling to look at this retro-divorce story with a mix of empathy and sensationalism. Peet won rave reviews when the series aired in the U.S. earlier this year. August 14

Imagine there’s a pill that can give you superpowers for five minutes. Except that you don’t know what the powers will be, what you can do with them, and whether you’ll survive the experience. Would you take it? What if Jamie Foxx said you shouldn’t? That’s the pitch for this effects-heavy Netflix action thriller from screenwriter Mattson Tomlin (The Batman) and directors Henry Joost and Ariel Schulman (Catfish, Viral). Also, Joseph Gordon-Levitt and The Deuce’s Dominique Fishback are involved. August 14

The trailer for this six-part German series looks like a fun ride, as brilliant young college student Mia (Luna Wedler) is introduced to the world of radical genetic alteration by a group of DNA hackers determined to push the legal and ethical limits of their art. (Or possibly just for kicks.) Will she join them in their world of pipettes, UV lighting and those big clicky eyedropper things? Or is she being led towards a secret destiny prepared for her a lifetime ago? And what game is her enigmatic mentor (Jessica Schwarz) playing with Mia’s future? We don’t know! It wasn’t in the trailer! August 20

Malin Akerman is a master thief pulled out of retirement for one last job, and if you think that’s a familiar log line… well, yeah, it is. Which is why it’s kind of interesting to see the Netflix film The Sleepover tell that story from the perspective of the thief’s children (Sadie Stanley, Maxwell Simpkins), who – along with their dad (Ken Marino) – are shocked to discover their mom’s hidden past, and must race to stop her from doing something that’ll ruin all their lives. Look, your kids have been home for months, they need something new to watch. August 21

Director Matthew Killip’s short won the Short Film Jury Award for non-fiction at this year’s Sundance Film Festival. The film is about John Shepherd, an electronics wiz transformed his grandparents home into a lab and spent 30 years broadcasting music into space to attract extraterrestrial life. This endeavour leads him to make a different connection, according to the film’s mysterious description. August 20

What would the month be without another series to hate watch? In the same spirit as Selling Sunset (season three drops August 7), this series shows you the hungry real estate agents seeking enormous commissions from the swanky, oh-so-exclusive mansions in New York’s Hamptons. Since none of us can hope to visit there this summer, this is the next best thing. Prepare those mimosas and get ready for the bitch talking! August 25.

Rumours are this could be the all-ages feel-good movie of the summer. Based on Matthew Quick’s novel Sorta Like A Rock Star, it’s about Amber, a high school senior who secretly lives in the back of her school’s bus. Playing the musically gifted student is Auli’i Cravalho, who beautifully voiced Moana a couple of years ago. Fred Armisen plays Amber’s drama club teacher and Justina Machado is her mom. The legendary Carol Burnett plays a cantankerous resident of the retirement community where Amber works. Seems like we’ll be crying, together, when the film drops. August 28. 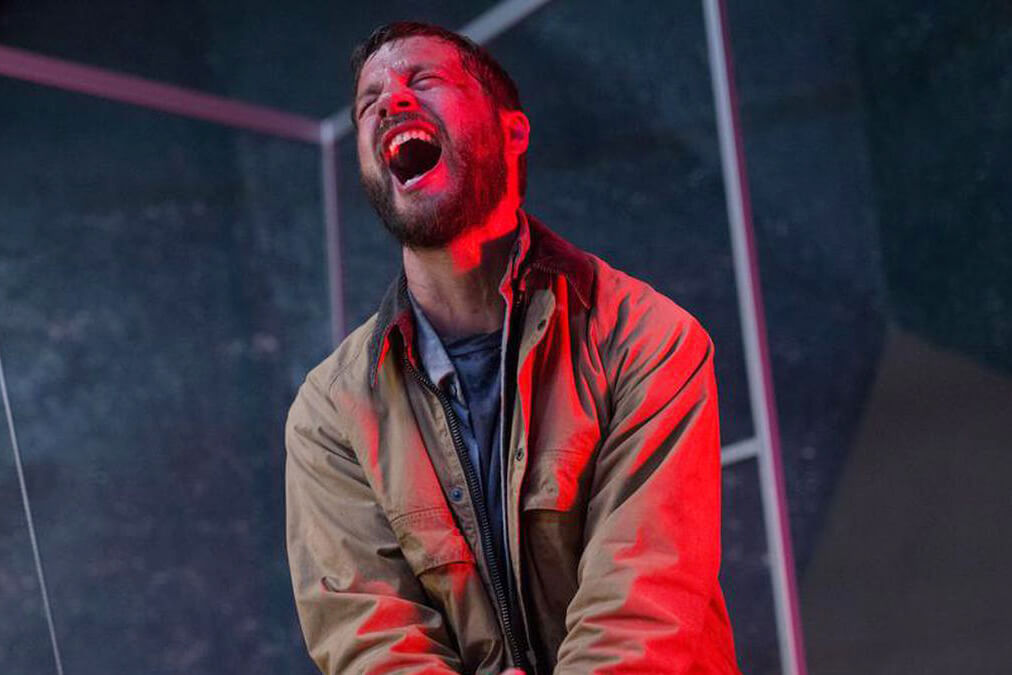 Fans of the recent, inventive The Invisible Man remake should check out director Leigh Whannel’s impressive work in Upgrade. The sci-fi vigilante flick stars Logan Marshall-Green’s widowed and paralyzed Grey Trace. He gets a talking A.I. chip called Stem inserted into his spine. Like a demented Google Home, Stem gives Grey the power to walk and kill. A hilarious and grotesque buddy comedy between Grey and Stem morphs into a fight for autonomy. Bodies get hacked. And the movie has a blast with that ongoing double entendre. August 1

If you’re feeling the need to watch a movie about people trapped indoors during a slow-moving global disaster that’s even worse than our own, check out Dan Trachtenberg’s insidiously clever 2011 three-hander. The movie is about a woman (Mary Elizabeth Winstead) who wakes up after a car wreck to find herself locked in an underground bunker with a seething conspiracy theorist (John Goodman) and his neighbor (John Gallagher Jr.), both of whom seem pretty sure the world above has ended. And if it hasn’t… well, that might even be worse. August 5

The Good, The Bad And The Ugly

While not the finest among Sergio Leone’s grimy and majestic spaghetti westerns, The Good, The Bad And The Ugly is certainly the most iconic. The finale to the Man With No Name trilogy starring Clint Eastwood is especially memorable for Eli Wallach’s wily turn as Tuco, the climactic three-way standoff (the stuff of Quentin Tarantino’s wet dreams) and the late Ennio Morricone’s score. The legendary composer passed earlier this month, so what better way to honour his memory than listening to his wallowing, whistling music in action. August 1

Before Save The Last Dance and Step Up got off on seeing white people busting hip-hop dance moves, there was Bring It On, a prophetic critical take on that very cultural appropriation. The teen comedy celebrating its 20th anniversary this month came out in the wake of Can’t Hardly Wait and American Pie – it has the horniness to show for it – and anticipated the dance movies of the next decade. Bring It On popularized cheerleading as a legit sport long before we had Cheer. It was also a rare studio comedy to be concerned with matters of race and opportunity, and introduced the world to Gabrielle Union, who’s still fighting for her space to this day.  August 5

List of new titles available on Netflix Canada in August 2020 by date:

Sam Jay: In The Morning

The Seven Deadly Sins: Imperial Wrath Of The Gods

The New Legends Of Monkey (season 2)

Sing It On! Germany

GAME ON: A Comedy Crossover Event

How To Get Away With Murder (season 6)

I Am A Killer: Released

Down A Dark Hall

The Good, The Bad And The Ugly

The Indian In The Cupboard

Murder On The Orient Express

Malibu Rescue: The Next Wave

Bring It On Again

Bring it On: All or Nothing

Bring It On: Fight to the Finish

Bring It On: In It to Win It

Octonauts & The Caves Of Sac Actun

The Crimes That Bind

What To Expect When You’re Expecting

Bridget Jones: The Edge of Reason

13 Hours: The Secret Soldiers of Benghazi