What to watch on Netflix Canada in January 2021 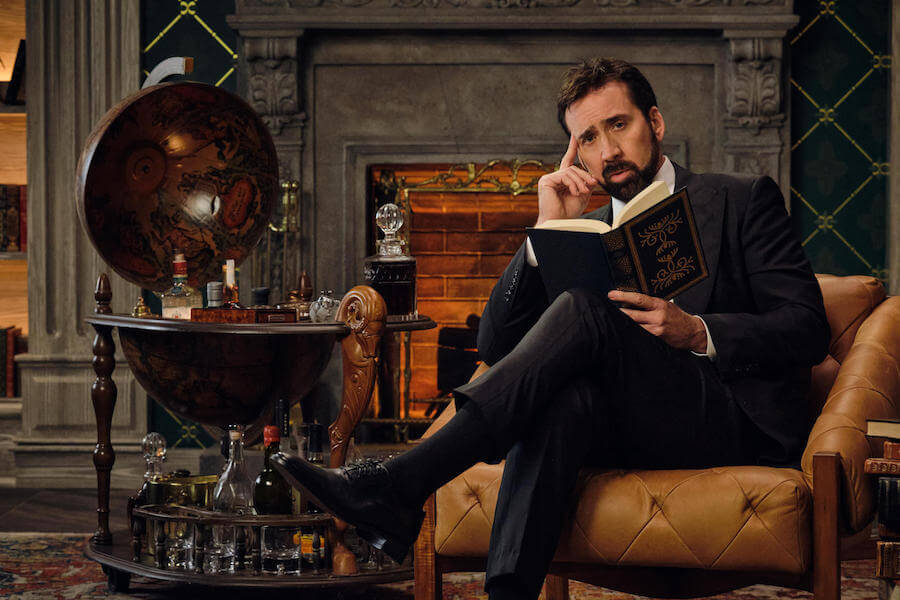 Some big titles hitting Netflix Canada in January 2021 include season 3 of Cobra Kai, an infotainment show about swear words, the buzzy film Pieces Of A Woman, and documentaries about the serial killer Richard Ramirez and the crack epidemic of the 1980s.

Ring in the new year with some good old-fashioned cursing, as Funny Or Die and Netflix celebrate the greatest profanities in the English language – the F-word, the S-word, the B-word, the D-word, the P-word and another, less contentious D-word (damn). This six-part series mixes chatty asides from comedians with serious etymological investigation by literary professionals, kind of like those old Comedy Central shows that remembered the 90s. But this show is hosted by Nicolas Cage, in the role he was born to play: a thoughtful pop-culture personality who has more than a passing familiarity with, and enthusiasm for, swearing at high volume. January 5

“Wax on. Wax off.” The shine hasn’t completely worn off The Karate Kid. The 80s franchise has new life in the new series, which finds old rivals Johnny Lawrence (William Zabka) and Daniel LaRusso (Ralph Macchio) opening up their own dojos and teaching new kids how to chop it up. The new season finds Johnny and Daniel joining forces and growing some self-awareness about their contributions towards intergenerational violence. Coming soon

Set aboard a train carrying what’s left of the human race on an endless journey around a frozen Earth, where the only thing that matters is your economic standing – and one exhausted train detective (Daveed Diggs) keeps finding new layers of corruption and decadence keeping him from the truth – the TV adaptation of Snowpiercer proved surprisingly resourceful at wringing mystery and plot from the seemingly limited premise of the French graphic novel, telling an entirely different story from Bong Joon-ho’s 2013 feature-film adaptation. For this second season, showrunner Graeme Manson (Orphan Black) continues to spin out the narrative, adding Sean Bean to the cast as someone who seems determined to make life even harder for Diggs’s noble hero. January 26

Seasoned documentary filmmaker Stanley Nelson, who has made quintessential films about the murder of Emmett Till and the Black Panthers, turns his attention to the crack epidemic of the 1980s and its devastating effects on Black communities. In this series, expect Nelson to look at how the economic conditions, policing and the politics of the day connect with events happening in the present. January 11

If you, like NOW senior film writer Norm Wilner, believe New York City is the greatest place in the world, you likely also believe the writer and humourist Fran Lebowitz to be the person who most ferociously represents the city’s irritable, indefatigable soul. In this limited series, Lebowitz and Martin Scorsese – who previously collaborated on the charming 2010 documentary Public Speaking – take to the five boroughs for a walking tour of the happiest place on Earth. January 8

If, even after watching Marie Kondo’s show, those Home Edit women and Hoarders, you still have too much stuff, this documentary might make you finally donate it all to Value Village. Friends Joshua Fields Millburn and Ryan Nicodemus examine how throwing out material possessions and embracing the minimalist life can make you finally achieve peace of mind. January 1

Serial killer movies are pretty obsolete now that the long-form true crime genre is capitalizing on our hunger for these dark and sordid stories. The genre can oscillate from riveting but tasteless, like the Luka Magnotta series Don’t Fuck With Cats, to haunting and empathetic, like I’ll Be Gone In The Dark, which takes a victims-first approach to the Golden State Killer case. We’ll see where Night Stalker lands on that spectrum. The four-part look back at Richard Ramirez, the brutal serial rapist and murderer who terrorized LA in the mid-80s and influenced Michael Mann’s classic serial killer movie Manhunter. January 13

Gentleman thief Arsène Lupin is as iconic in French pop culture, as, say, James Bond is to the British or Batman is to Americans. But despite multiple adaptations and one Studio Ghibli animated romp, the character remains obscure in the larger world. This new series, directed by Now You See Me’s Louis Leterrier, is set in the present day and stars the impossibly charming Omar Sy as a French criminal who uses Lupin’s adventures as inspiration for an elaborate revenge scheme of his own. The trailer promises heists, stunts, twists and a major role for Ludivine Sagnier. We’re on board. January 8

Inside The World’s Toughest Prisons (season 5)

If you think 10 months of quarantine has been difficult, try being incarcerated in some of the world’s roughest, toughest prisons. Journalist Raphael Rowe, who was himself imprisoned for a crime he was later acquitted of, hosts the new series, and everyone’s wondering whether any penal institution will match last year’s shocking finale set in a Lesotho prison populated mostly by rapists. January 8

Ever since that Hills recap show with Dan Levy, Talking Dead (about The Walking Dead) and those Real Housewives gabfests, shows about shows have made great watching for fans wanting more content. Now comes the appropriately named Netflix Afterparty, in which hosts David Spade, Fortune Feimster and London Hughes chat weekly with other comics, casts and creators of popular shows and movies. Expect lots of promotion for Netflix’s own comedy specials; each week, a different comic with a Netflix special will join the group. Coming soon

Pieces Of A Woman

Hungarian director Kornél Mundruczó’s English-language debut is an uneven but thought-provoking melodrama about grief. Vanessa Kirby (The Crown) gives an Oscar buzzy performance as a woman who’s way of grieving confuses her Holocaust survivor mother (Ellen Burstyn) and blue-collar husband (Shia LeBeouf). A hit on the festival circuit in 2020, Pieces Of A Woman’s stylistic flourishes often undermine the meatier themes in Kata Wéber’s screenplay but Burstyn, Kirby and Molly Parker (playing a midwife) all have great moments. January 7

List of new titles available on Netflix Canada in January 2021 by date:

Inside The World’s Toughest Prisons (season 5)

Daughter From Another Mother

We Are: The Brooklyn Saints

Jason And The Argonauts

The Minimalists: Less Is Now

One Direction: This Is Us

Terminator 3: Rise Of The Machines

What Happened To Mr. Cha?

The Mummy: Tomb of the Dragon Emperor

Pieces Of A Woman

So My Grandma’s A Lesbian!

Harry Potter And The Order of the Phoenix