What to watch on Netflix Canada in July 2020 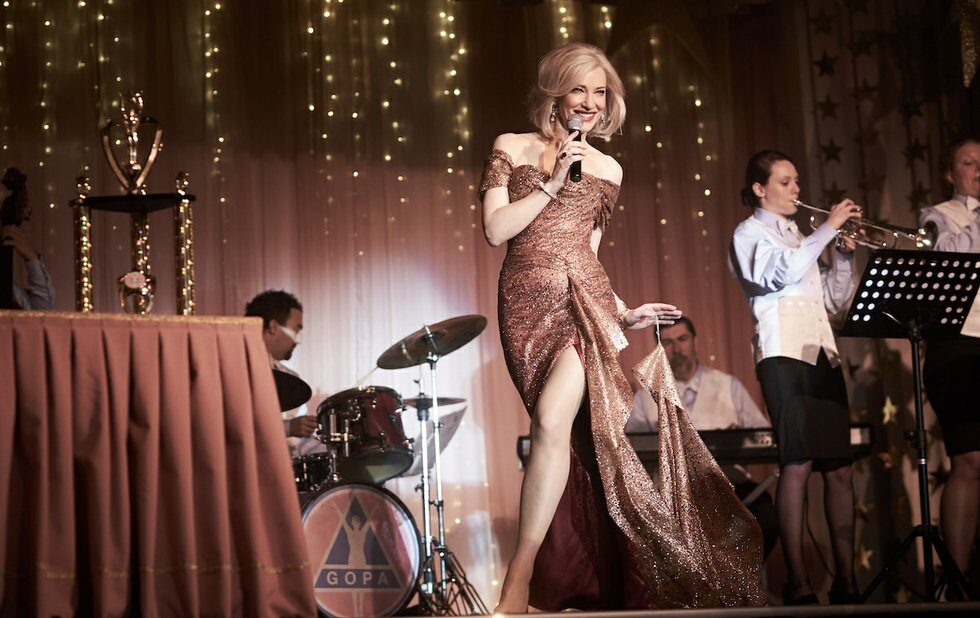 Created, executive-produced by and co-starring Cate Blanchett, this six-episode Australian drama is inspired by the real-life story of Cornelia Rau, a local resident who was unlawfully detained under the Australian Government’s mandatory detention program. But her story is just the way in, as Stateless instead zeroes in on the experience of four strangers: an airline hostess escaping a cult, an Afghani refugee fleeing persecution, a struggling father and a bureaucrat at the centre of a national scandal. Their lives converge in an immigration detention centre in the middle of the Australian desert as they attempt to find their way out. Blanchett spent seven years working on the series, and as an ambassador for the United Nations High Commissioner for Refugees, it’ll be interesting to see what she has to say about her country’s controversial immigration policies through the lens of the show. July 8.

It seems comic-book projects are a summer staple even for streaming services this Netflix feature – adapted by DC and Marvel veteran Greg Rucka from the series he created with Leandro Fernandez – stars Charlize Theron, Chiwetel Ejiofor and Matthias Schoenaerts in a tale of immortal warriors turned modern mercenaries who find themselves on the run when their secret is exposed. The twist: it’s directed by Gina Prince-Bythewood, whose filmography favours subtle, emotional dramas like Love & Basketball and Beyond The Lights. What’s she going to do with this? We have no idea, but we’re keen to find out. July 10

Nasim Pedrad is such a bright performer than she even made Guy Ritchie’s dreadful live-action Aladdin worth watching for a few minutes at a time. (She was Jasmine’s handmaiden, who built an entire relationship with Will Smith’s Genie in a handful of glances.) Now she’s front and centre in her own movie, playing a woman who recruits her best pals (Anna Camp and Sarah Burns, no slouches themselves) to race down to Mexico to delete an email and save a promising new relationship. The trailer makes it look like a mashup of Forgetting Sarah Marshall and Bridesmaids, which honestly doesn’t sound like a bad idea at all. Robbie Amell and Lamorne Morris, who had several seasons’ worth of chemistry with Pedrad on New Girl, are also around. July 3

Netflix’s latest supernatural action series stars Alba Baptista as Ava, an understandably cranky young woman drawn into an endless battle between a secret Roman Catholic order and the literal forces of Hell when she becomes the unwilling bearer of a holy relic. (Also she used to be dead, which may explain the crankiness.) Spun out of Ben Dunn’s long-running comic book series Warrior Nun Areala but telling an entirely new story, and featuring an international cast that includes Tristán Ulloa (Sex And Lucia), Joaquim de Almeida (Clear And Present Danger) and relative newcomers like Toya Turner and Kristina Tonteri-Young, this could be a fun summertime binge before Wynonna Earp returns. July 3

After a first season that started strong but kinda struggled to justify its 10-episode order, the Netflix adaptation of Gerard Way and Gabriel Bá’s comic about a family of maladjusted superheroes whose emotional issues could literally destroy the world returns to set things right. (Literally: season 1 ended with the entire cast jumping back in time to rewrite their traumatic histories.) Everyone’s back, including Ellen Page’s tragic Vanya and Robert Sheehan’s mordant Klaus let’s just hope the plot moves a little faster this time. July 31

Down To Earth With Zac Efron

Just because non-essential international travel is out for the summer doesn’t mean we can’t do a little armchair globe-trotting. And who better to guide us than pretty boy Zac Efron, whose goal is to “search for healthy, sustainable ways to live.” The promotional pics show Zac handling a beehive honeycomb, helping prepare food and, ahem, laying on a table wearing only a towel as a woman blows on his face. Yeah, we’re definitely down for that. July 10

A series you’ve absolutely been sleeping on, Good Girls has one of the best trifectas on TV right now: Retta, Christina Hendricks and Mae Whitman. As three Michigan moms just trying to make ends meet – even if that means working with the local gang and heisting their way to the bank – they’re equally delightful and dastardly. In its third season, a new member will join the crew, each of the women’s love lives becomes messier than ever, and whether one particular drug dealer/love interest is actually dead gets called into question. An updated Sugar & Spice, it’s time you said yes to Good Girls. July 26.

Skin Decision: Before And After

Admit it. You always click on those articles about people whose plastic surgery jobs are hot messes, right? Now there’s a docuseries that promises to get beneath the surface of patients’ cosmetic hopes. It follows a plastic surgeon and a skin-care expert as they guide their clients through life-changing procedures. Whether this will be an inspiring series or a hate-watch remains to be seen. But we like the premise. July 15 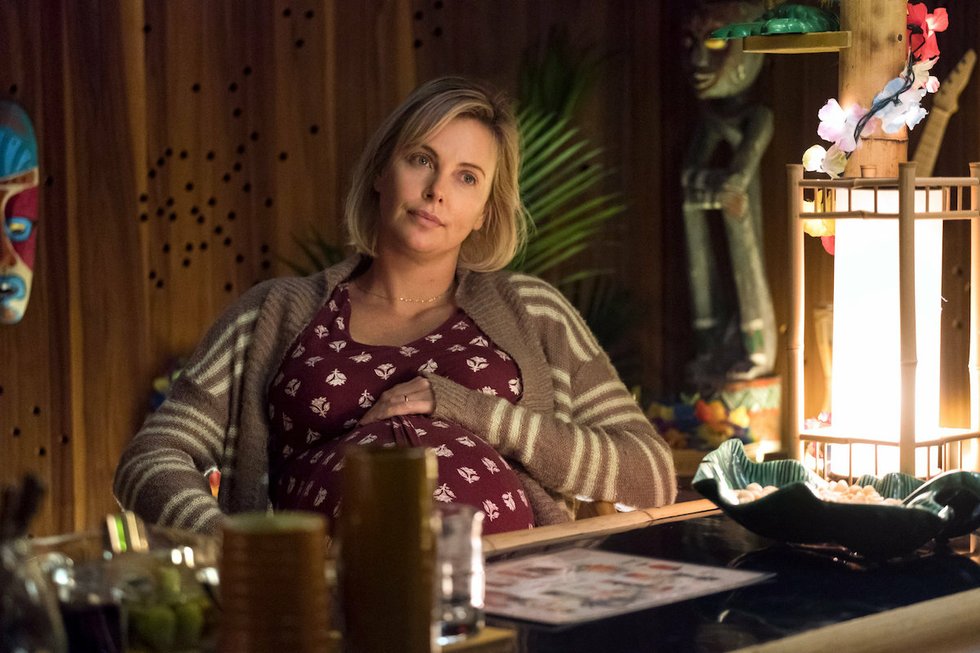 Charlize Theron might be known more for her ass-kicking ways, but in Jason Reitman’s Tully, a movie about a mother named Marlo struggling with postpartum depression and all the pressures of parenting a young child, she is an entirely other force. Searingly vulnerable, she plays her character’s relationship with sadness in an incredibly honest way. We watch as Marlo befriends her child’s new nanny, and through her, comes to reckon with all the ways herself, her body and her life have changed. It’s a brutal picture, but a uniquely moving one. Written by Diablo Cody, Tully is very funny though it weighs heavy long after the credits roll by in a way that might leave you changed for the better. July 1.

Stephen Sondheim’s musicals, although continually revived onstage, don’t adapt very well to the screen. A Little Night Music is practically unwatchable, and Into The Woods doesn’t capture the magic of a decent stage production. Tim Burton’s version of Sondheim’s Grand Guignol masterpiece, however, is a good film, heightened by Burton’s scary-funny aesthetic and solid acting (if not singing) by Johnny Depp and Helena Bonham-Carter as the bloodthirsty villains. Definitely worth a look. July 1

List of new titles available in July by date:

Down To Earth With Zac Efron

The Epic Tales Of Captain Underpants In Space

The Business Of Drugs

Skin Decision: Before And After

Love On The Spectrum

Inside The World’s Toughest Prisons (season 4)

The Art Of War

Catch Me If You Can

Get Rich Or Die Tryin’

Legends Of The Fall

Never Back Down 2: The Beatdown

Under The Riccione Sun

The Girl On The Train

A Kid From Coney Island

On est ensemble (We Are One)

Latte And The Magic Waterstone

Ant-Man And The Wasp

Indiana Jones And The Kingdom Of The Crystal Skull

Indiana Jones And The Last Crusade

Indiana Jones And The Raiders Of The Lost Ark

Indiana Jones And The Temple Of Doom