Despite a gifted cast, the much-awaited sitcom – which reunites The Office's Greg Daniels and Steve Carell – is a total bust 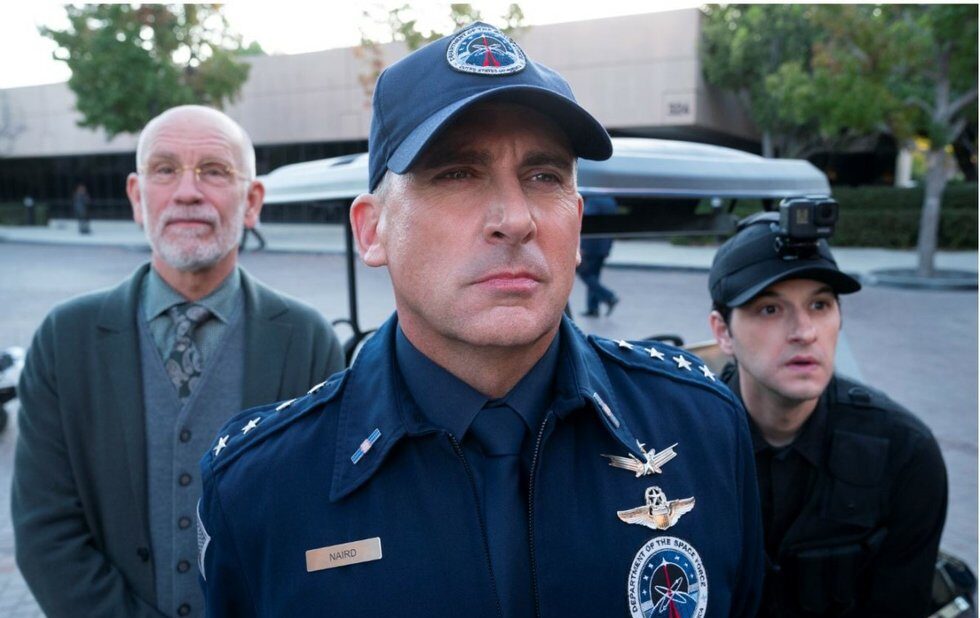 A decade and a half after they redefined the American sitcom with The Office, writer/producer Greg Daniels and star Steve Carell are back in the workplace as the co-creators of Space Force, a new Netflix sitcom about the people forced to make sense of Donald Trump’s vaguely defined military initiative.

It gives me no pleasure to report that this show is very, very bad.

Swinging wildly between barbed Trumpworld satire and a more droll character study about frustrated people trying to make the best of unstable situations, Space Force is a mess of contradictions that it can’t figure out how to reconcile.

It’s a comedy about people trying to produce results in the absence of clear direction or leadership, which clearly resonates with Daniels and Carell, but it’s also a farce with a void at its centre, since Trump is represented only through texts and relayed messages. Imagine a version of The Office where Michael Scott (or David Brent) exists entirely off-screen.

Toothless in its comedy and unsure about how to handle its talented ensemble, the show just sort of sits there, self-satisfied, as though the mere fact of each episode’s existence makes it a classic for the ages. Trust me on this: it’s not.

You can see the ideas trying to spark to life, like the season-long runner that finds Carell’s buttoned-down general Mark Naird and John Malkovich’s dismissive chief scientist Adrian Mallory slowly realizing they need to ally themselves against the whims of their commander-in-chief, or the genuinely sweet chemistry that develops between Tawny Newsome’s chopper pilot Angela Ali and Jimmy O. Yang’s cranky astrophysicist Chen Kaifang in later episodes, once the writers realized both characters had been given almost zero development in the initial story. And Booksmart’s Diana Silvers is trying some interesting things as Carell’s alienated teenage daughter Erin, too.

There are so many talented people here, given almost nothing to do – or, in at least one case, asked to do something that’s almost impossible. Netflix has asked critics not to reveal certain story elements that involve the character played by Lisa Kudrow, so I will only say that Kudrow deserves an Emmy for being able to find even a shred of melancholy and humanity within that character, and to make her make any sort of emotional sense within the world of the show.

Other sitcom MVPs – Jessica St. Clair, Roy Wood Jr., Jane Lynch, Ben Schwartz, Don Lake – strain mightily to get laughs out of threadbare material. St. Clair manages it Schwartz, shockingly, fails spectacularly, and Fred Willard, in one of his final roles, does such a good job of playing a cheerful dementia sufferer that his performance slides from comic to tragic, derailing every one of his scenes.

Oh, and Chris Gethard and Aparna Nancherla show up as bit players in the final two episodes and pull the biggest laughs of the entire series wait a few days for those clips to reach the actors’ Twitter feeds, and watch them there. It’ll save you so much time.