The Vampires vs. The Bronx filmmaker and stars discuss how whiteness, gentrification and Method Man figure in the new Netflix movie 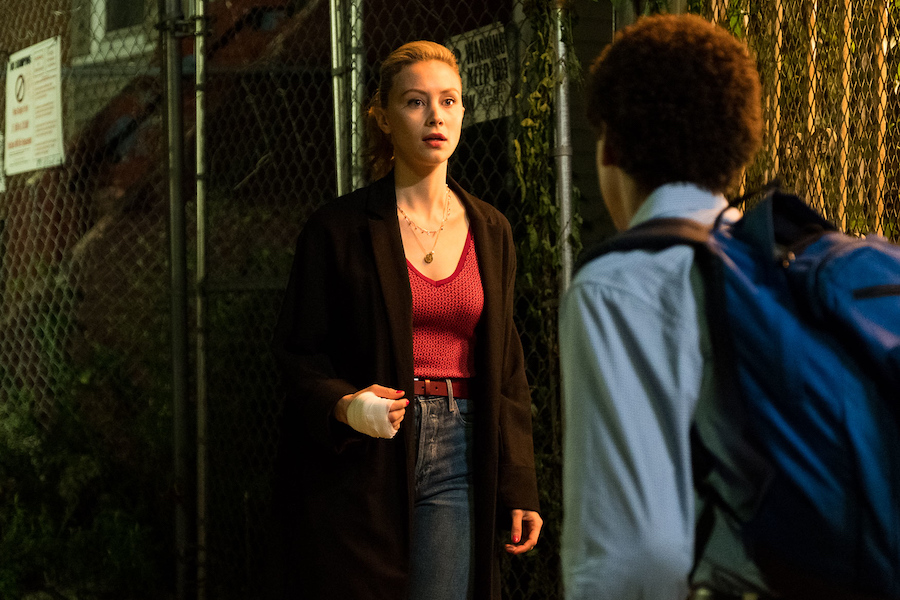 Sarah Gadon brings the oak milk to the Bronx.

In the new Netflix movie Vampires Vs. The Bronx, adolescents protect their neighbourhood from gentrification… and other monsters sucking the life out of the community.

Saturday Night Live director Oz Rodriguez’s monster comedy is like New York’s answer to Attack The Block. Once again kids without privilege are left to fend for themselves against an invading force.

The earlier film – which launched John Boyega’s career to a galaxy far, far away – dealt with race and class. Those elements are in Vampire Vs. The Bronx, which drops on Netflix on Friday, October 1. But this is also a PG-13 adventure about doe-eyed adolescents that harkens back to the 80s.

“I was inspired by adventure movies I saw as a kid in the Dominican Republic,” says Rodriguez in an interview with NOW. He names Lost Boys, the Goonies and The Monster Squad as primary influence.

Rodriguez wanted to make a fun adventure that throws back to those classics. But the movie is also about how kids experience gentrification. Rodriguez said he developed that aspect of the movie after speaking to friends from New York neighbourhoods like Washington Heights. The recurring topic was how new businesses and residents are sucking the soul from the community. The vampire metaphor pretty much wrote itself.

“The Bronx is a huge immigrant community,” adds Rodriguez, explaining why he set his movie there.  “And it kind of feels like the last frontier where gentrification will go next.”

Jaden Michael stars as the kid trying to save his hood in Vampires Vs. The Bronx. And Toronto actor Sarah Gadon stars as the bubbly new settler trying to convince him she won’t go full Karen. The heavy-hitter cast also includes The Kid Mero, Chris Redd, Zoe Saldana and Method Man.

In the interviews below, Gadon talks about how she leaned into her own whiteness to take on the comic role. Gadon, Oz and Rodriguez also discuss the movie’s take on gentrification and working with hip-hop icon Method Man.