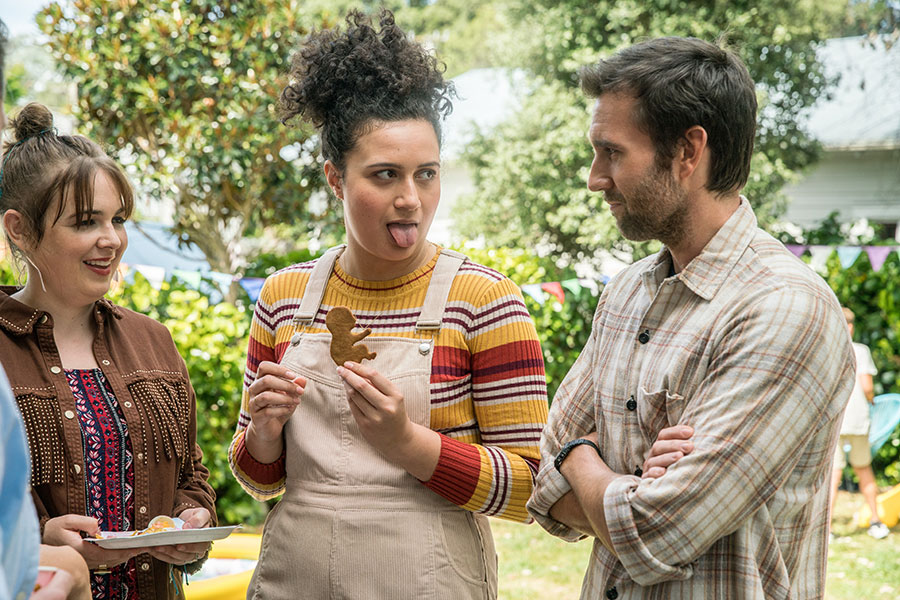 NOW critics pick what’s new to streaming and VOD for the weekend of January 22. Plus: Everything new to VOD and streaming platforms.

This New Zealand comedy – which counts Taika Waititi as an executive producer, and features actors like Eagle Vs. Shark’s Loren Taylor and Hunt For The Wilderpeople’s Rachel House among its supporting cast – follows young arborists Zoe (Rose Matafeo) and Tim (Matthew Lewis) as they process the news of a pregnancy very differently: he embraces the impending responsibility, while she freaks out and tries to arrange a bucket list of challenging or dangerous things in the time she has left.

Challenging the premise of comedies like Knocked Up by making the expectant mother the irresponsible one is a fine idea, but Sophie Henderson’s script doesn’t stop there: Baby Done gives both leads full emotional lives as they struggle separately with the weight of becoming parents, and whether that means their interesting, independent lives are really over. And Matafeo (a sketch comic in her first film lead) and Lewis (looking more like Luke Wilson than Harry Potter’s Neville Longbottom these days) find the comedy in their characters’ panic, but also the pathos: Tim’s compulsion to step up in every possible way is simultaneously charming and obnoxious, while Rose’s reflexive denial of her condition plays as both a running gag and a sublimated cry for help. Read the full review here. 91 min. Now available for rental and purchase on digital and on demand. NNNN (Norman Wilner) 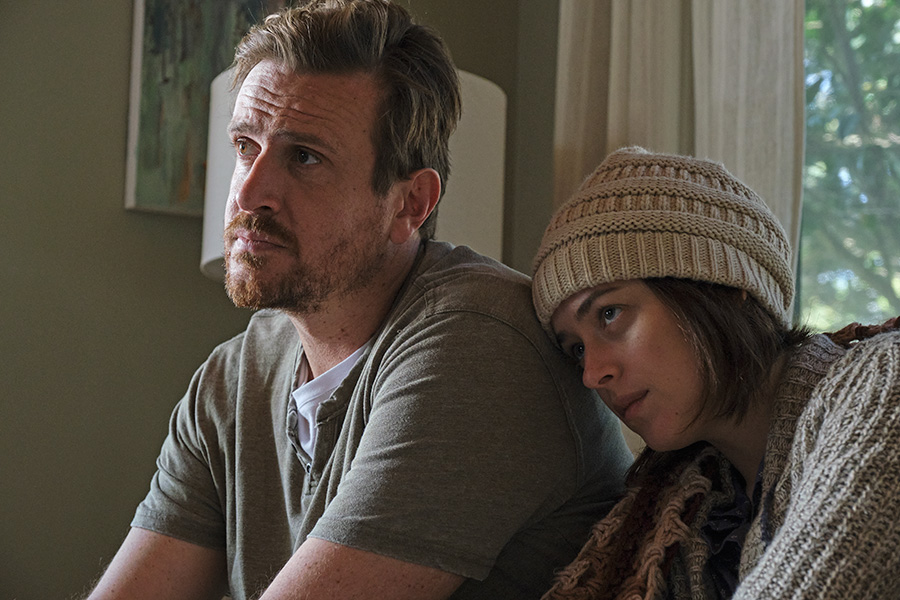 There are going to be people who love Our Friend. I am not one of them. It wasn’t the worst movie about people getting sick and dying shown at the 2019 Toronto Film Festival, where it premiered under the even more banal title The Friend, but it might have been the most calculated. Starring Casey Affleck, Dakota Johnson and Jason Segel, it’s an adaptation of Matthew Teague’s Esquire article about the death of his wife Nicole, which Teague weathered with the support of his good friend Dane, but the film is a mechanical, sentimental collection of people suffering so they can learn the important lesson that life is precious. All three of the leads are here for their personae rather than their range: Affleck does his standard shifty-surly thing as Teague; Segel is an open-hearted goof with a secret streak of sadness as Dane, and Johnson is a radiant life force as Nicole. And over two time-scrambled hours, director Cowperthwaite (Megan Leavey) and screenwriter Brad Ingelsby (Out Of The Furnace) pull every string and mash every button to get your tear ducts flowing, without ever once bringing these people clearly into focus. 124 min. Now available for rental and purchase on digital and on demand. NN (NW) 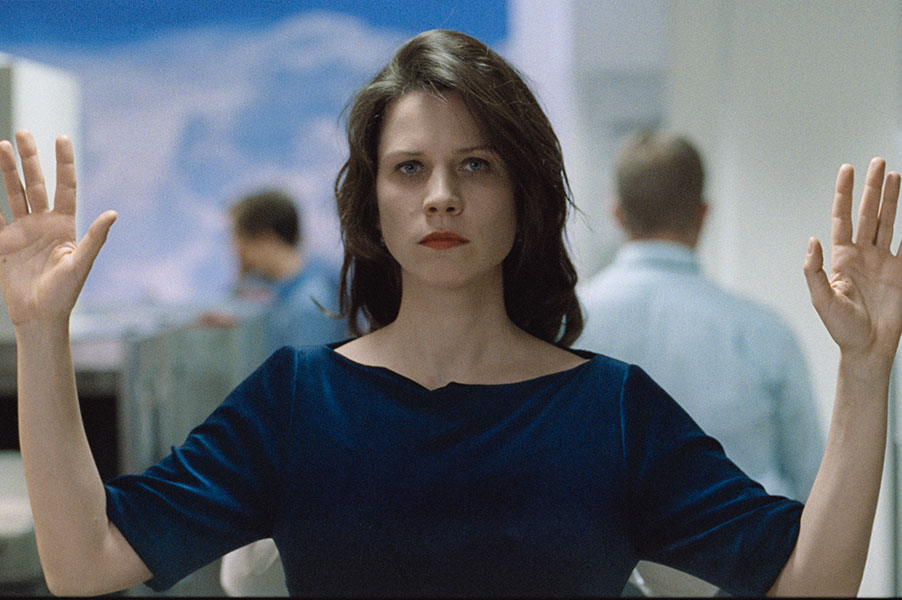 Preparations To Be Together For An Unknown Period Of Time

If you missed it at TIFF last year, you now have another chance to lose yourself in Hungarian writer/director Horvát’s slippery second feature. And you should. It follows neurosurgeon Márta (Natasa Stork), who goes home to Budapest after two decades in America to start a life with János (Viktor Bodó), a dashing specialist she met at a conference. But he doesn’t show up for their big romantic reunion, and when she tracks him down at his hospital he insists he doesn’t know her. Rather than go back to her old life, Márta stays in Hungary, joining the surgery team at a another hospital and trying to determine whether János lied to her or if she somehow invented their entire romance – and what it might mean if she did. Horvát’s film slips us into Stork’s disconnected, self-doubting state of mind, drifting alongside Márta as she investigates this crucial question and turning the film into a mixture of Hitchcockian drama and Kieslowskian existentialism. And while her resolution doesn’t quite land with the same power of the movie’s inspirations, it still feels true to the uncertain, fever-dream atmosphere she’s conjured. 94 min. Subtitled. Available to stream Friday (January 22) at digital TIFF Bell Lightbox. NNNN (NW) 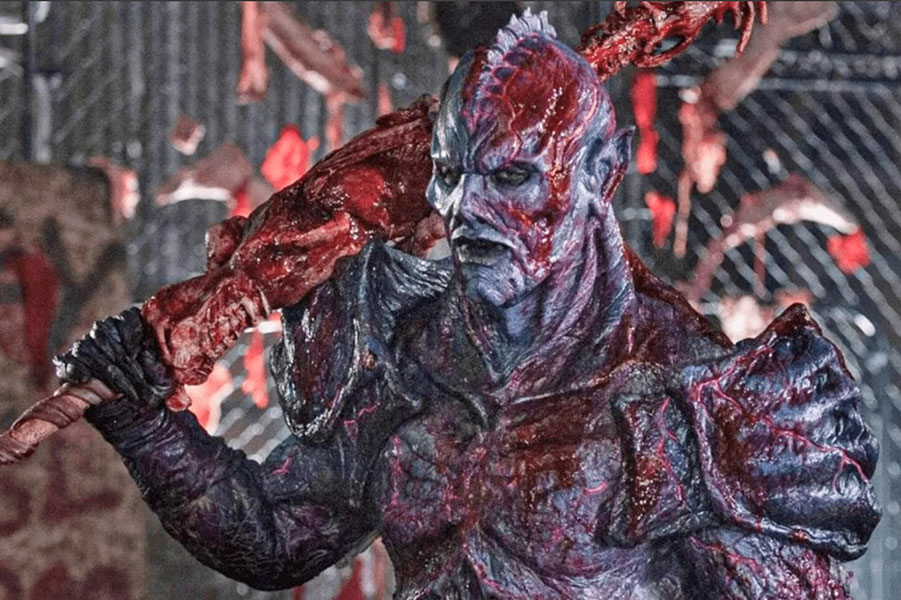 Imagine E.T. The Extra Terrestrial if Steven Spielberg had grown up on pulpy exploitation movies like Laserblast, The Toxic Avenger and The Gate. That’s the pitch for Psycho Goreman, which imagines what would happen if E.T. was an all-powerful alien warrior with an endless thirst for blood; and the kid with whom he bonds (Nita-Josée Hanna) was basically Louise Belcher from Bob’s Burgers, gleefully sending him after anything that annoys her, starting with her nervous older brother (Owen Myre). Writer/director Kostanski, whose last feature was the eerie John Carpenter riff The Void, takes his ridiculous premise and runs with it, walking an impossible line between the inherent foolishness of the world he’s built – one of monologuing monsters delivering Troma-style violence upon fragile human flesh, all lovingly realized with practical effects, makeup and the occasional puppet – and finding the tragedy in the consequences of that violence. As knowingly preposterous as it all is, Psycho Goreman finds just enough reality to make it all play: the back-and-forth between the kids’ concerned mom (Alexis Kara Hancey) and doofus dad (Adam Brooks, with whom Kostanski made the Astron-6 horror pastiche Father’s Day) speaks to a world just as complex as P.G.’s arcane realm of Gigax. Look, just watch the trailer, you’ll get it. 94 min. Now available for rental and purchase on digital and on demand. NNNN (NW) 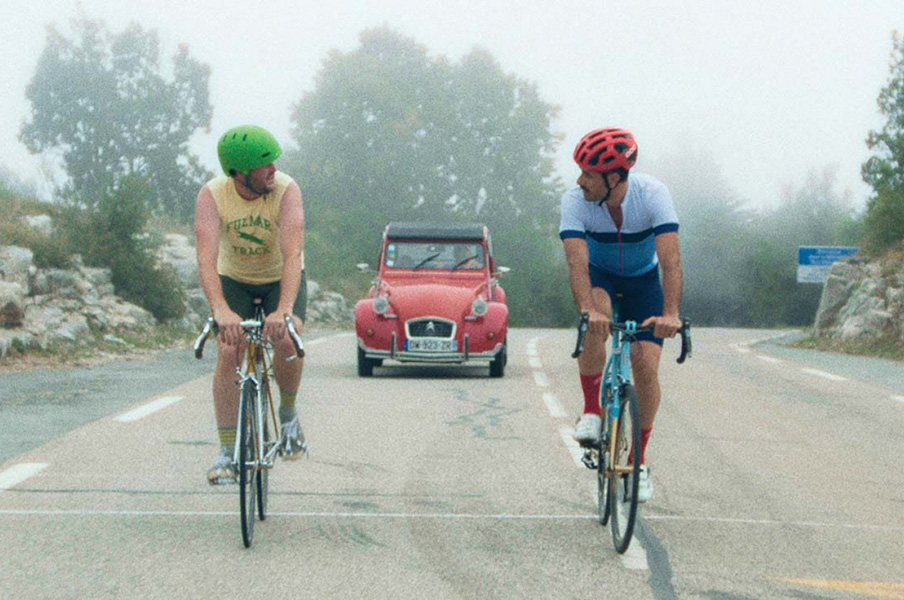 The bromance comedy gets a fascinating new entry with Covino’s assured, funny and irresistible pic about the codependent, years-long friendship between nice guy Kyle (Kyle Marvin) and trainwreck Michael (Covino). On the eve of his wedding in the south of France, Kyle learns from best man Michael that the latter has slept with his fiancée. This all happens while they’re cycling up a hill – yes, the title is a metaphor both for this gruelling climb and for the journey to adulthood. The friendship ends, but gradually Kyle lets Michael back into his life, only to cause more complications. The sharp script – co-written by real-life friends Covino and Marvin – is divided into seven vignettes spanning several years, each shaped like a satisfying short. Covino has great control over his material, delivering narrative surprises and impressive long takes.

That opening scene is one long eight-minute shot, and it’s beautifully bookended by a scene at the end that shows the legacy of toxic masculinity continuing. Covino is especially good at capturing party sequences, and he gets subtle, lived-in performances from his cast, which includes Mad Men’s Talia Balsam as Kyle’s controlling mom and Glow’s Gayle Rankin as his equally controlling girlfriend. One of Covino’s boldest choices is to include musical interludes, often at the end of a scene. When I saw the film at TIFF 2019, I found these sequences distracting and unnecessary. But this time I found they provided a break from the emotional intensity of a moment. With their European flair, they also put the goings-on of these privileged white Americans in relief. 98 min. Now available on digital and DVD. NNNN (Glenn Sumi)

Preparations To Be Together For An Unknown Period Of Time

Stallone: Frank, That Is

Prince Of Darkness and They Live (Scream Factory, 4K)

Revered horror filmmaker John Carpenter turned 73 last weekend, and to mark the occasion Shout! Factory’s genre label finally brought the 4K editions of these back-to-back 80s masterworks to North America. (Produced by StudioCanal, they’d been available on disc elsewhere in the world for a couple of years, but Shout was working on new Dolby Atmos soundtracks to complement the cleaner, sharper presentations.) Made on tiny budgets after The Thing, Starman and Big Trouble In Little China failed to set the box office on fire, the films are just as eccentric and enjoyable as they ever were: Prince Of Darkness is a doom-laden chiller about grad students who discover the liquefied form of Satan in a Los Angeles church, riffs with creepy precision on apocalyptic British horror like The Quatermass Experiment, while They Live is a paranoid delight, with Roddy Piper’s working-class hero stunned to discover the Earth has been colonized by alien capitalists. Scream’s extensive supplemental packages for both films are included on the special-edition Blu-rays, so you won’t be losing anything by upgrading; expect the label to deliver StudioCanal’s 4K restorations of The Fog and Escape From New York in time for Halloween.