NOW MagazineMovies & TVWhat’s new to VOD and streaming this weekend

Including reviews of A Glitch In The Matrix, Falling, Malcolm & Marie, Rams and Greenland 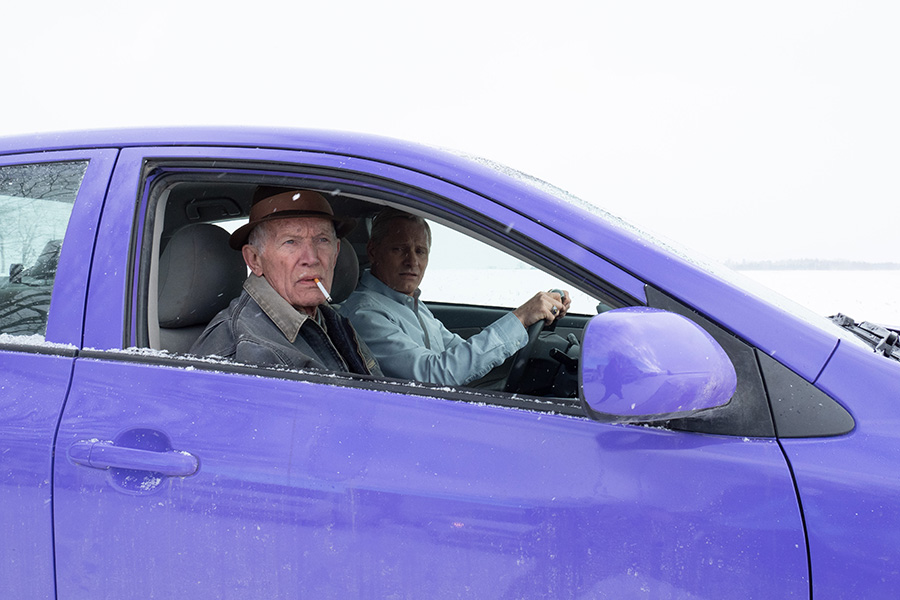 NOW critics pick what’s new to streaming and VOD for the weekend of February 5. Plus: Everything new to VOD and streaming platforms.

Mortensen’s first feature as a writer/director finds the actor shaping a simple father-son story into a powerful meditation on compassion at any cost. It’s not perfect, but it’s powerful. Mortensen plays John, a gay man who’s taken a week off to bring his ailing father Willis (Lance Henriksen) out west from his rural New York farm. Willis is suffering from dementia and rapidly deteriorating, and John is looking to make things easier on the old man – but Willis’s illness has only amplified the fury, misogyny and homophobia that drove his family away decades earlier. Falling is rough in the way that first films can be, but even when something doesn’t quite work you can see the intention behind it. Mortensen’s heart is in the right place; he wants us to understand these characters, as difficult as it might be to do so. With a more conventional director at the helm, Falling could have been reassuring, polished awards bait; instead, it’s something richer and more discomfiting. I’ve been thinking about it a lot since I saw it. So will you. 112 min. Available to rent on digital TIFF Bell Lightbox, and for rental and purchase on VOD platforms. Read our TIFF review here. NNN (NW) 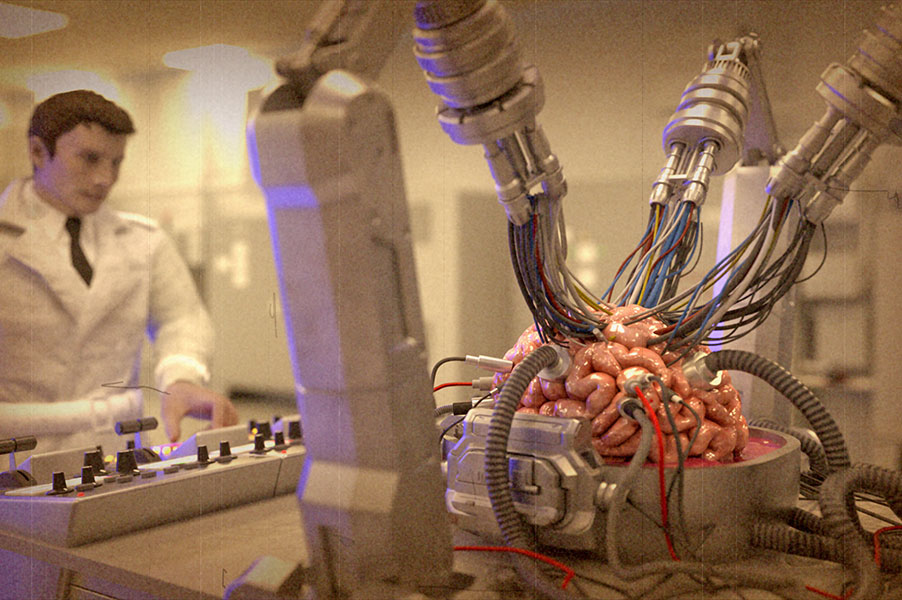 A Glitch In The Matrix

Do we live in a computer simulation? More importantly, given our current level of technology, do we even have the means to determine if we do? Fresh from its Sundance debut, Ascher’s new documentary collects testimonials from people who believe there’s considerable evidence to support what’s known as simulation theory; it’s up to us to decide whether we’re willing to buy in. Ascher is fascinated by people whose convictions overwrite reality, and his subjects in A Glitch In The Matrix are just as certain of their perceptions as those of Room 237 or The Nightmare. Here, he lets four people – represented by video-game avatars – explain why they believe what they believe, returning to a 1977 speech by Philip K. Dick in which the author laid out his own case for the idea that we’re all living in someone else’s computer program. Watching the doc is frustrating by design, as Ascher’s subjects keep rejecting the fundamental idea that the random chaos of life can’t possibly be random. There’s a solipsistic thread that runs through every monologue, an arrogance in insisting only they perceive the “truth.” But Ascher’s playing a long game, building to a genuinely horrifying instance of real-world violence… and showing us exactly where this sort of thinking can lead. 104 min. Available for rental and purchase on digital and on demand. Hear Rodney Ascher discuss the film on an episode of the NOW What podcast. NNNN (Norman Wilner) 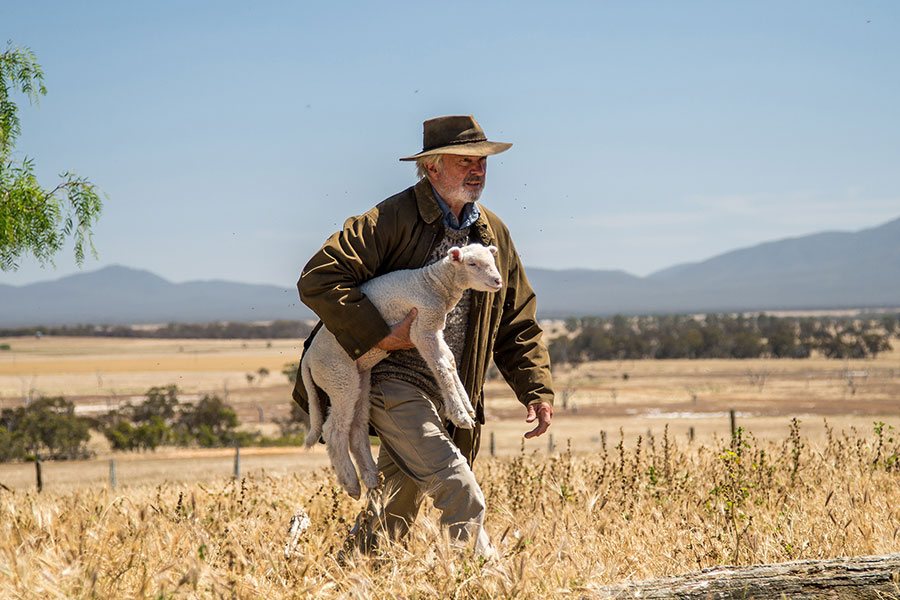 Even if it didn’t work, Sims’s Rams would be a fascinating thought experiment: a remake of Grímur Hákonarson’s 2015 festival hit that moves the story from frozen Iceland to a blazing Australia, but keeps everything else more or less intact. But it does work, and very well. Sam Neill and Michael Caton play feuding brothers who haven’t spoken to one another in decades but still live on the same farm. They raise their sheep on opposite sides of the land and share custody of the same border collie. And when a pestilence spreads through the valley, requiring everyone’s livestock to be slaughtered, one brother complies while the other doesn’t, leading to escalating tensions with the authorities – and between the siblings. Written by Jules Duncan, this adaptation is less lyrical than the original, which suits the rough-hewn Antipodean locale. But it’s just as invested in Hákonarson’s considerations of modes of masculinity, expanding the role of a local vet (Miranda Richardson) and making the most of Neill’s remarkable skill at revealing the tenderness behind a character’s grumpy facade. 115 min. Available for rental and purchase on digital and on demand. NNNN (NW) 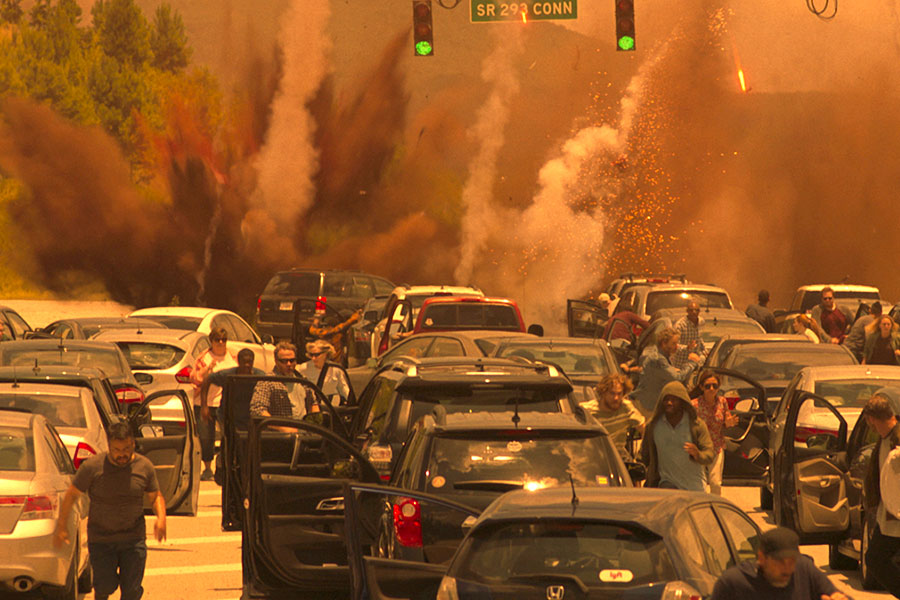 We’re getting a lot of apocalypse movies these days – go figure – so what makes Greenland stand out? For one thing, it comes at the end of the world from a different angle than most of its ilk, focusing exclusively on the experience of one family racing towards the slimmest possibility of surviving a catastrophic comet strike. For another, it’s a far better experience than I would have expected from a reunion of Gerard Butler and his Angel Has Fallen director; that movie was terrible. Greenland casts Butler as a structural engineer whose skill set gets him, his wife (Morena Baccarin) and their young son (Roger Dale Floyd) selected for transport to a secure shelter. But things go sideways almost immediately, forcing the family to make their own way to safety. Chris Sparling’s screenplay makes the most of its budgetary limitations, shoving exposition into radio and TV broadcasts and letting Waugh push his heroes into increasingly isolated situations. Butler’s glowering resolve is all the actor needs to sell his character, and while Greenland never really surprises us with what it wants and where it’s going, at least it keeps the ride interesting. 119 min. Now streaming on Amazon Prime Video. NNN (NW) 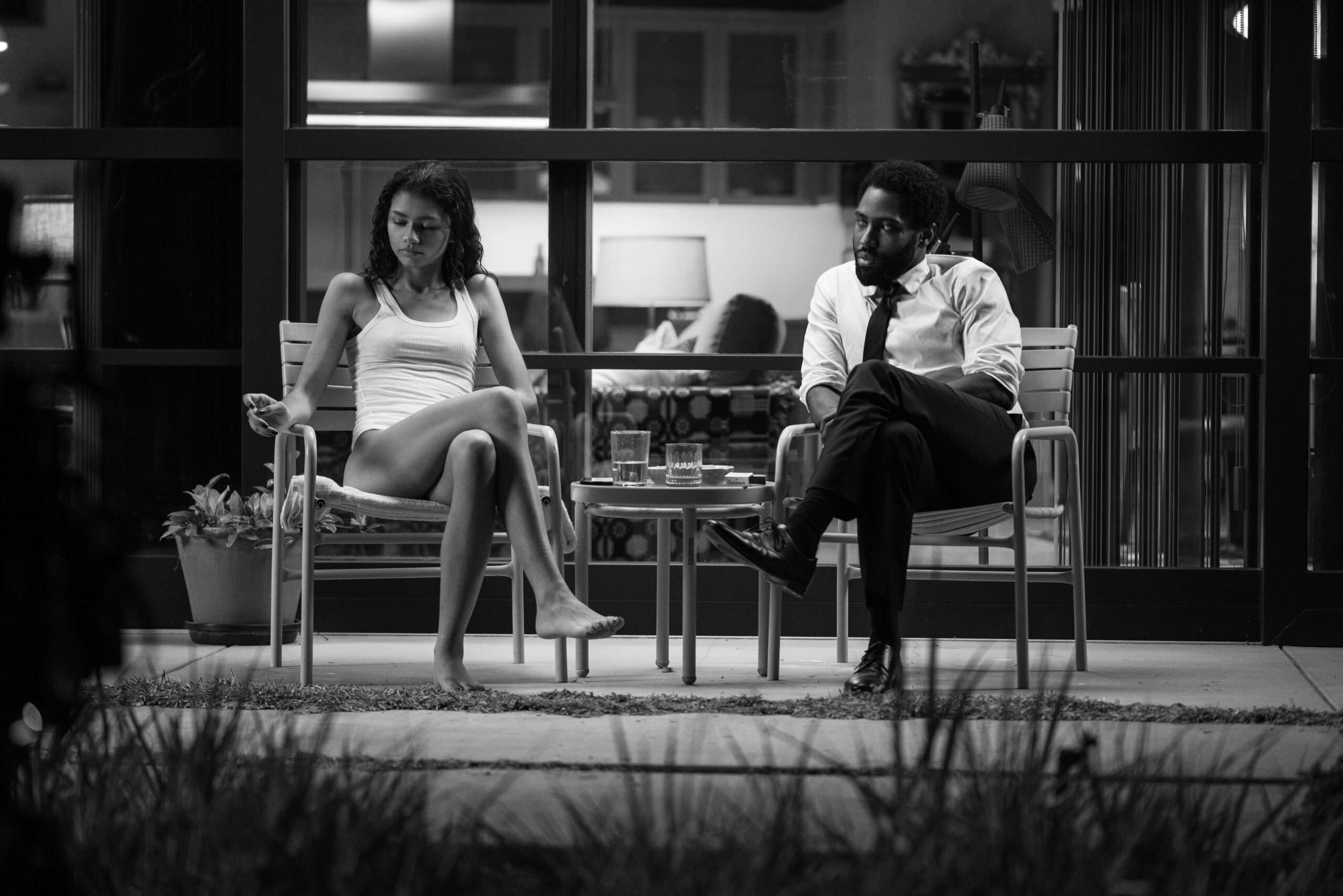 In Malcolm & Marie, John David Washington and Zendaya play an entertainment industry couple who are locked in a screechy and solipsistic debate about identity politics and how much can be inferred from a work of art about its maker. Washington’s Malcolm is a filmmaker; Zendaya’s Marie is a model. Their all-night Who’s Afraid Of Virginia Woolf-meets-John Cassavetes-style showdown begins when Marie takes offence that Malcolm didn’t thank her at the premiere. The slight feels especially seismic because she suspects the main character from his movie is inspired by her, a recovering addict. Malcolm is an obvious stand-in for director Sam Levinson, the creator behind Euphoria, which stars Zendaya as a recovering addict. That a white male director uses a Black character as a mouthpiece to work through questions about authenticity, authorship and a leery aesthetic when it comes to how he tells stories about women makes this whole affair queasy. 106 minutes. Now streaming on Netflix Canada. NN (Radheyan Simonpillai)

A Glitch In The Matrix

The SpongeBob Movie: Sponge On The Run

With the voices of Tom Kenny, Awkwafina, Matt Berry; directed by Tim Hill

The only thing better than an intensive festival of recent Japanese cinema is an intensive festival of recent Japanese cinema that’s free to attend – even virtually – so that’s your viewing settled for the next 10 days, thanks to The Japan Foundation. Register to receive access to a new program every evening at 7 pm, but don’t sleep on a given title; movies are only available for 24-hour windows. It kicks off tonight (Friday February 5) with Okita Shuichi’s 2013 romantic drama A Story Of Yonosuke … but we’re especially looking forward to Soda Kazuhiro’s Peace (dropping Sunday February 7), the filmmaker’s 2010 documentary about his in-laws, who’ve made their front yard a haven for stray cats. 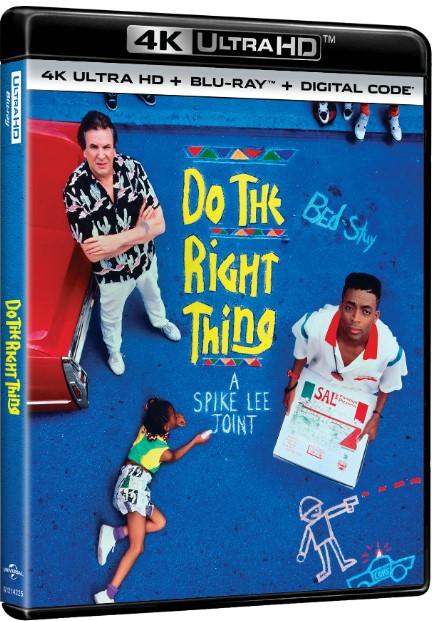 Do The Right Thing (Universal, 4K)

More than three decades on, Spike Lee’s 1989 ensemble picture about racial tensions boiling over in a Brooklyn neighbourhood on the hottest day of the year is looking more and more like one of the best American movies ever made. Universal produced a 4K restoration for Criterion’s excellent Blu-ray special edition two years ago, but now it’s possible to watch that restoration in actual 4K – and it’s a stunner of an upgrade. The additional definition and high dynamic range make Ernest Dickerson’s saturated cinematography crackle with life and texture, making the film feel even more immediate and real. (The opening sequence, with Rosie Perez shadowboxing across the screen bathed in primary colours, seems almost three-dimensional in this presentation.) The 20th anniversary Blu-ray is also included in the package, which gives you most of the special features originally produced for Criterion’s LaserDisc back in the day and adds an exclusive solo commentary Lee recorded in 2009. But the feature is the real star – and in this version, it’s incandescent.