What to watch on Amazon Prime Video Canada in September 2020

NOW critics pick the best movies and TV shows coming to the streaming platform, including The Boys season 2, Utopia and The Golden Girls 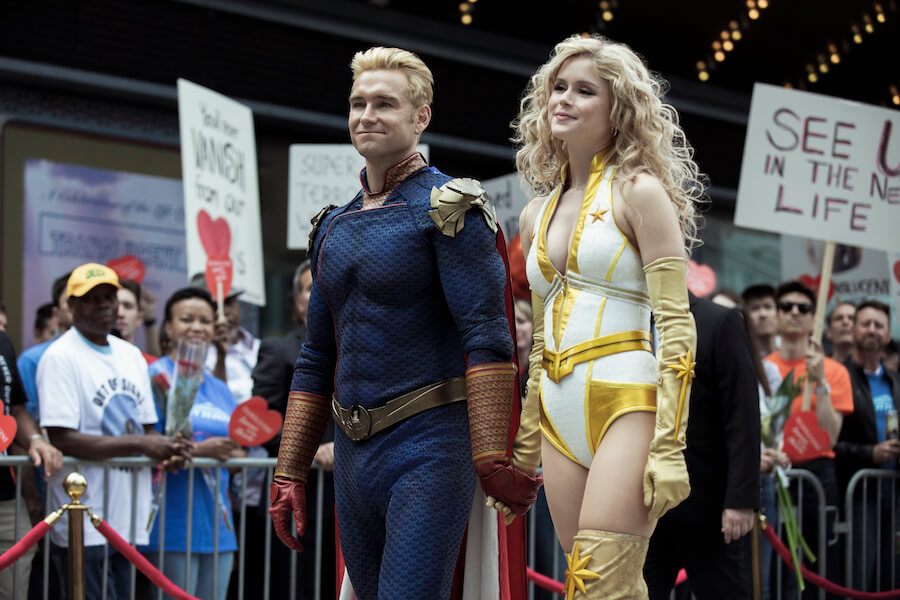 Homelander (Antony Starr) and Starlight (Erin Moriarty) make an appearance in The Boys.

NOW critics study the Amazon Prime Video Canada schedule for September 2020 to find the most intriguing titles hitting the streamer this month.

After a first season in which producers Seth Rogen, Evan Goldberg and Eric Kripke established their take on Garth Ennis’s transgressive comic about a black-ops squad that confronts superheroes who’ve been corrupted by their own power, things promise to get a whole lot messier in this go-round. Karl Urban’s Billy Butcher gets a new, personal stake in his quest to bring down super-sociopath Homelander (Antony Starr). And the Seven’s status quo is shaken up by the arrival of a social-media-savvy supe called Stormfront – played by the amazing Aya Cash of You’re The Worst and Mary Goes Round. We just hope the sweet love story unfolding between Jack Quaid’s neurotic Hughie and Erin Moriarty’s conflicted Starlight doesn’t get lost in all the exploding heads. Oh, right, we almost forgot: this season, people’s heads explode. September 4

Adapted by Gillian Flynn from Dennis Kelly’s 2013 BBC series, this paranoid mystery follows a group of people who come to believe that the world’s current chaos (which includes a deadly virus running rampant in America) was predicted in the pages of an obscure comic book. There’s a lot of potential here: Flynn made an elegant transition from page to screen with Gone Girl and Widows, and the cast includes John Cusack, Rainn Wilson, American Honey’s Sasha Lane, Happy Death Day’s Jessica Rothe and You’re The Worst’s Desmin Borges – any one of whom could carry their own show. Toby Haynes, who helmed the elaborate fantasy of Jonathan Strange And Mr Norrell, directs. Let’s see if it can match the compulsively watchable UK series. September 25

All In: The Fight For Democracy

Former Georgia gubernatorial candidate Stacey Abrams produces and appears in this documentary about voter suppression in the United States. Since losing the 2018 race, the politician, lawyer and romance novelist has made it her mission to draw attention to the issue of voter suppression in U.S. elections. Directed by Lisa Cortés and Liz Garbus, All In comes out less than a month and half before Americans vote in November, and voter suppression is once again a major topic of discussion, which makes this examination of voter disenfranchisement as timely as ever. September 18

All seven seasons of the classic sitcom are hitting Amazon Prime Video Canada just in time for the show’s 35th anniversary. The Golden Girls was great TV in the 80s and 90s, but Bea Arthur, Betty White, Rue McClanahan, and Estelle Getty’s quippy one-liners have aged well. The show continues to attract a younger generation of fans and, in turn, inspire listicles dissecting everything from the way it handled social issues to its enduring influence on fashion.

The list of TV shows and movies coming to Amazon Prime Video Canada in September 2020:

All In: The Fight For Democracy

Sons Of The Soil (season 1)

These movies and TV shows are leaving Amazon Prime Video Canada in September 2020: