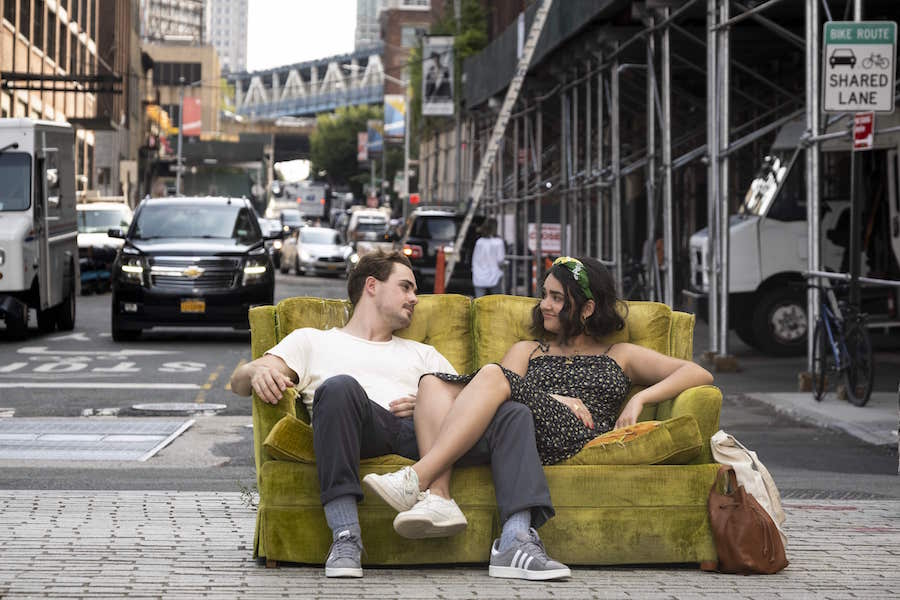 Dacre Montgomery (left) and Geraldine Viswanathan pull up a seat in The Broken Hearts Gallery.

NOW critics pick what’s new to streaming and theatres for the weekend of September 11. Plus: Everything new to VOD and streaming platforms.

The first feature from TV writer Krinsky (Gossip Girl, Grey’s Anatomy) is a modest, charming rom-com about an aspiring gallerist named Lucy (Geraldine Viswanathan) who compulsively collects memento mori of dead relationships – and who winds up inviting others to display their own artifacts alongside them. Krinsky leans into the tropes of the genre, surrounding her flawed hero – and her less interesting love interest, would-be hotelier Nick (Dacre Montgomery) – with idiosyncratic pals bubbling over with quippy dialogue, Hamilton’s Phillipa Soo and Broad City’s Arturo Castro being particular standouts. (They also lend a little New York cred to a project that was largely shot in Toronto.)

The Broken Hearts Gallery may not be a classic for the ages, but it’s got a little more depth and complexity than its marketing might suggest, and the sprightly pacing works to suggest Lucy is trying to stay a few steps ahead of an essential sadness. (Why does she keep leaving cryptic messages on someone’s voicemail, anyway?) Most importantly, it gives the gifted Viswanathan – who’s been rock-solid in everything from Blockers and Miracle Workers to Hala and Bad Education – a star vehicle that makes the most of her range. Opens in theatres Friday (September 11). NNN (Norman Wilner) 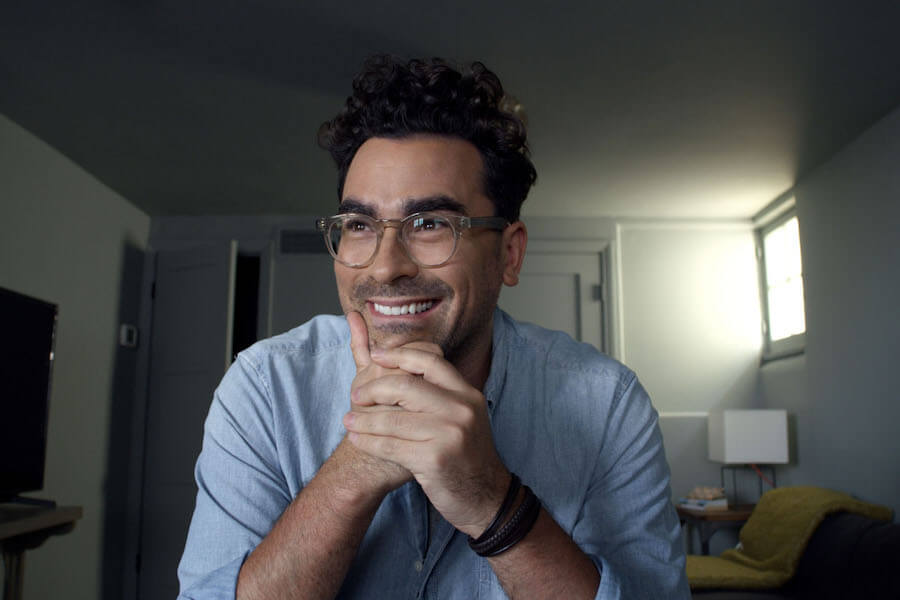 Structured as five monologues from Americans in early 2020, Coastal Elites takes the challenge of making art that speaks to the immediate moment and delivers something that feels both comfortingly familiar and surprisingly vital. An NPR listener (Bette Midler) explains how she came to be booked for assault at a Manhattan police station; an actor (Dan Levy) talks to his therapist about his audition for a gay superhero role; a progressive woman (Issa Rae) struggles with having known Ivanka Trump at school; a meditation guru (Sarah Paulson) melts down over her red-state relatives; and a young nurse from the heartland (Kaitlyn Dever) details her experiences working in a New York City hospital.

There’s a certain fascination to just watching this thing, which features the performers in isolation, reading Paul Rudnick’s text directly to the camera, collapsing the distance between themselves and the viewer. All five actors are solid, with Levy and Rae’s segments particular standouts. Rae finds a quiet horror in her character’s privileged plight, and Levy is as good as I’ve ever seen him, putting his comic energy aside to find the conflicted soul of a man tempted to caricature himself for mainstream success. Premieres on HBO Canada and on Crave Saturday (September 12) at 8 pm. 90 min. NNNN (NW) 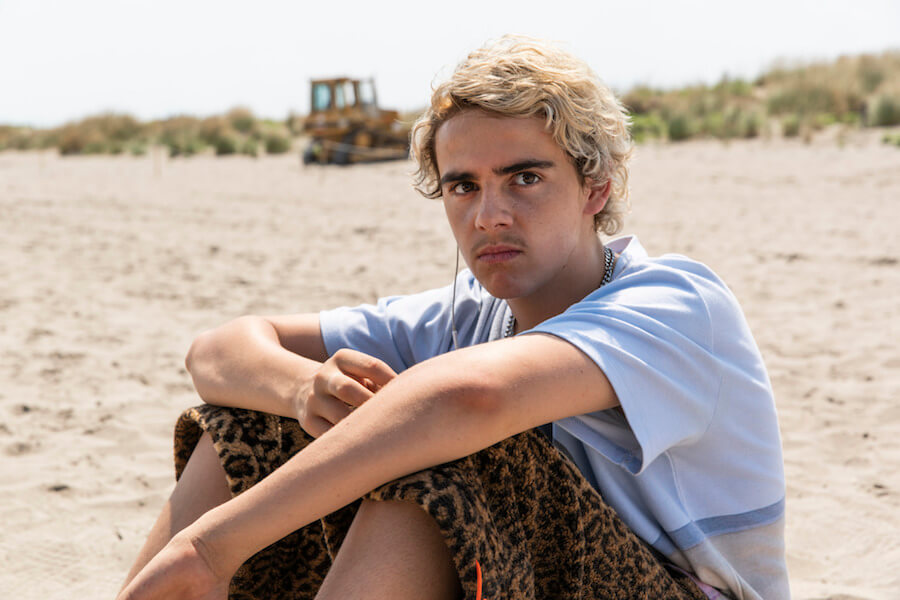 We Are Who We Are

A deep ambivalence courses through Luca Guadagnino’s HBO miniseries about American teens living on a U.S. army base in northeastern Italy. We Are Who We Are bears the hallmarks of the Call Me By Your Name director’s recent oeuvre: beautiful locales, retro-pop music, displaced Americans and an utter inability to get inside his characters’ heads. The first two episodes (four of eight were sent to critics) tell parallel stories of newly arrived Fraser (Jack Dylan Grazer), who’s mom is the base’s new commander (a gloriously unconvincing Chloë Sevigny), and the worldlier Caitlin (Jordan Kristine Seamon), who speaks Italian and is tight with her MAGA-hat-wearing dad (Scott Mescudi).

Guadagnino is more concerned with cinematic things like time and environment than plot, but his filmic eye is blandly observational. Clearly the interest is more in aesthetics than emotion or even the social or political context. The cast seems under-directed and adrift, especially Alice Braga as Sevigny’s near-silent, sexually unsatisfied wife. The secondary characters get more to do in episode three, but the series doesn’t come to life until episode four when Fraser and Caitlin attend an orgiastic mansion party before one of their solider friends is shipped off to Afghanistan. As a contained, short-film-like episode it’s fun and visually (and literally) cheeky (the climax gives us peak Sevigny surrealness), but it’s also devoid of gravity thanks to the crushing flatness of the preceding three episodes. Premieres Monday (September 14) on HBO Canada and streams on Crave. NN (Kevin Ritchie)

Diary Of A Mad Black Woman

Snow White And The Huntsman

We Hunt Together (season 1, episode 6)

Nail In The Coffin: The Fall And Rise Of Vampiro 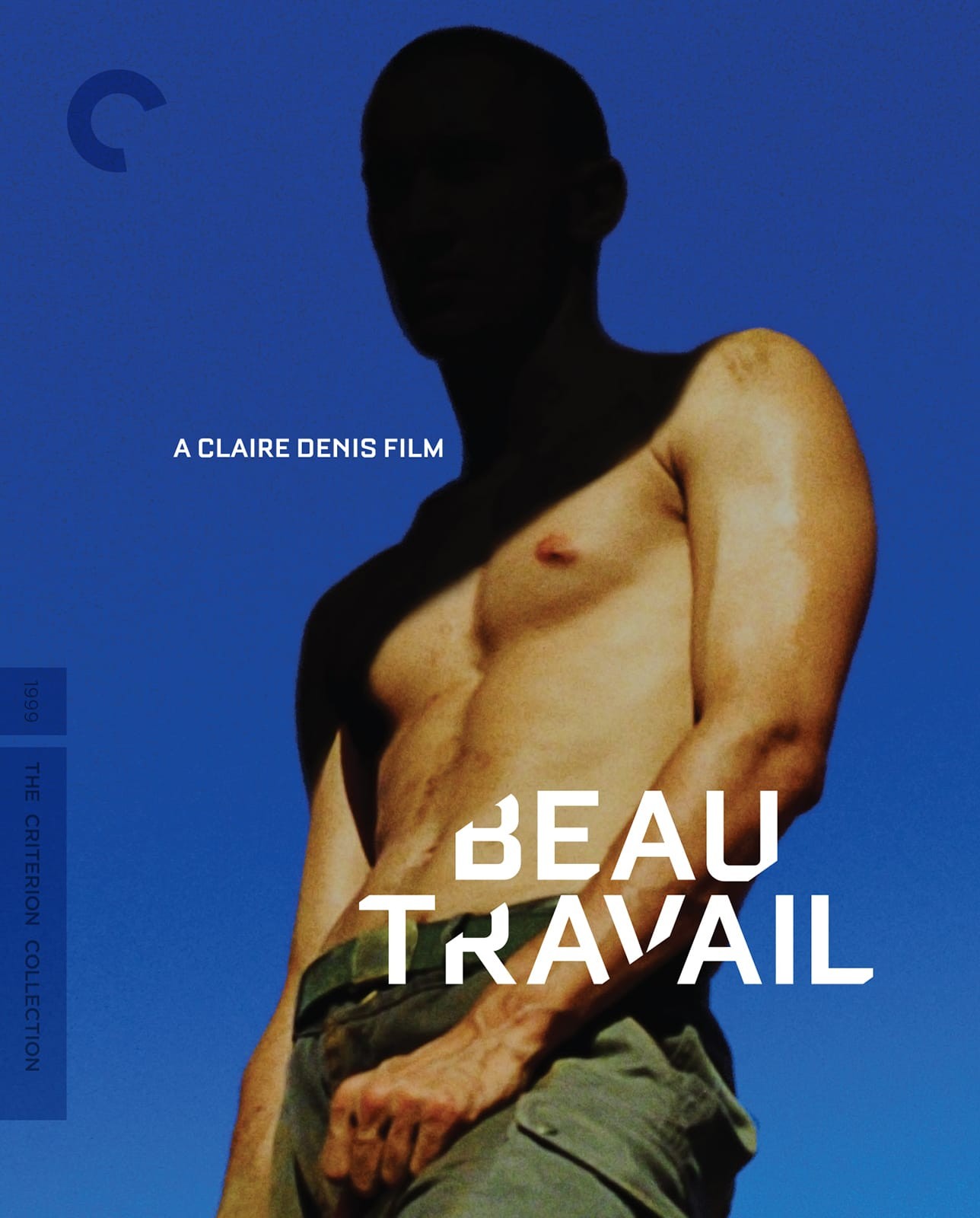 If you’re not doing TIFF this year, you can at least feel like you’re contributing to the cinematic arts by spinning up this long-awaited release of Claire Denis’s 1999 riff on Billy Budd, transposing Herman Melville’s tale of rivalry and rage among seamen in the Royal Navy to the French Foreign Legion in Djibouti, where a repressed chief adjutant (Denis Lavant) channels his attraction to a handsome new recruit (Grégoire Colin) into loathing. Brutally spare in its storytelling, its emotions captured in Agnès Godard’s stark images, it might be Denis’s masterpiece, finding the perfect aesthetic for her unsparing interrogation of human frailty. Criterion supplements an exquisitely detailed 4K restoration – supervised by cinematographer Godard, who offers commentary on select scenes – with a host of new goodies, including a conversation with Denis and Barry Jenkins, new interviews with Lavant and Colin, a video essay by Judith Mayne and a print essay by Girish Shambu.