What’s new to VOD, streaming and theatres this weekend: September 4-7 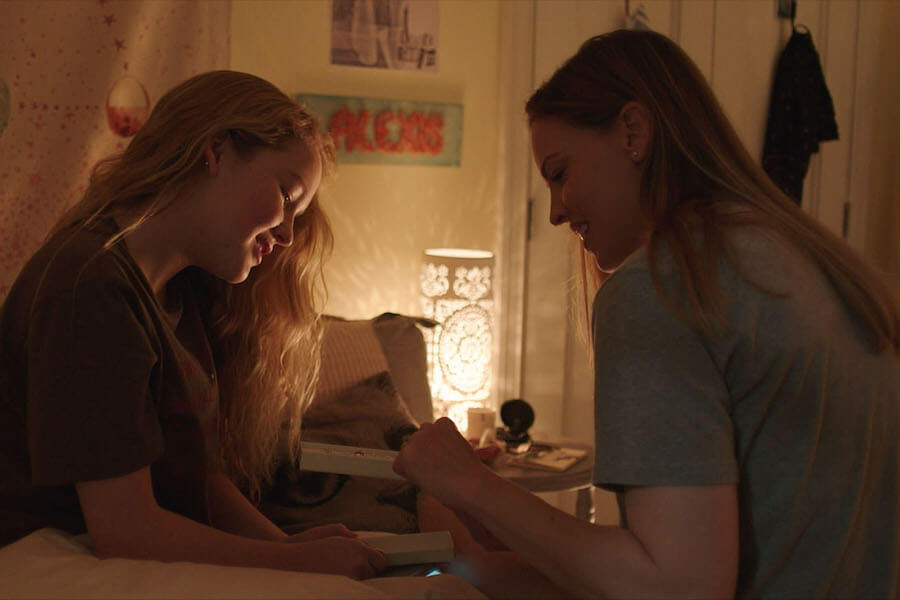 NOW critics pick what’s new to streaming and theatres for the weekend of September 4. Plus: Everything new to VOD and streaming platforms.

With its mixture of big-budget near-future adventure and intense, intimate domestic drama, Away feels like it’d be right at home on network television; it has the pedigree, certainly, with NBC tearjerker specialist Jason Katims (Parenthood, Friday Night Lights) on board as executive producer. Hilary Swank stars as Emma Green, the commander of an international mission to Mars that will separate her from her husband Matt (Josh Charles) and daughter Alexis (Talitha Bateman) for three years. Interplanetary travel is risky, but the situation at home is even more fraught, with Matt suffering a cerebral episode before Emma can even lift off. Will Emma choose her crew or her family? What was the title of the show again? At its best, Away plays out a worst-case scenario of work-life balance, with Swank playing Emma as someone genuinely rocked by the realization that some things in life are truly beyond our control. But most of the time it just feels like someone’s switching channels between a re-run of Gravity and a more generic Earthbound melodrama. All 10 episodes streaming on Netflix Canada Friday (September 4). NNN (Norman Wilner)

Literary-minded viewers may be surprised to learn that National Geographic’s eight-part adaptation only tackles the first chapters of Annie Proulx’s centuries-spanning 2016 novel, turning the inciting incident of two 16th century Frenchmen who arrive in New France as indentured servants into its own stand-alone story. Showrunner Reid’s conception is a sort of Deadwood-lite, with stout-hearted Rene Sel (Christian Cooke) and surly schemer Charles Duquet (James Bloor) eventually meeting everyone in the tiny settlement of Wobik, where the uneasy peace with local Indigenous communities is threatened by agitators in the employ of the Hudson’s Bay Company. It’s all very dense but not terribly engaging, though David Thewlis and Kaniehtiio Horn liven things up whenever they’re on screen as Sel’s eccentric employer and a woman who factors heavily in both men’s lives. I found myself wishing more than once that Reid had made their characters the focus of his adaptation, and let the actors flesh them out even further. Sundays at 9 pm on National Geographic Channel starting September 6. NN (NW)

A soul-crushing dread of aging and dying runs rampant through Kaufman’s Netflix feature, which is based on Iain Reid’s novel 2016 about a young couple (Jesse Buckley, Jesse Plemons) driving through a wintry storm to meet his parents (Toni Collette, David Thewlis). But where Reid’s book was a slow-burn thriller, a psychological puzzle box that unpacks into horror, Kaufman’s take feels more like a disassociative episode, designed to give us the sense that something is subtly off, and then not so subtly, as Buckley’s Lucy struggles to keep herself oriented in an increasingly hostile reality… assuming anything about her experience is, in fact, real. Like most of Kaufman’s work, I’m Thinking Of Ending Things is a surreal drift through a character’s state of mind, with Buckley’s disintegrating performance providing its emotional barometer; like his script for Adaptation, this project finds the writer injecting his own preoccupations into someone else’s narrative, but this time the synthesis doesn’t take, oscillating into Lynchian weirdness and disorientation before ultimately collapsing into narcissistic fantasy. And I understand that it does so from a given character’s perspective, but it also feels like Kaufman is expecting the same rapturous applause for turning a meta joke in Adaptation into an entire feature. Available to stream Friday (September 4) on Netflix. N (NW)

I Propose We Never See Each Other Again After Tonight

A romantic comedy with unexpectedly sharp elbows, the latest from Winnipeg writer/director Garrity (My Awkward Sexual Adventure, Borealis) tells the story of two twentysomethings trying to get past their own issues as they build a relationship. Iris (Hera Nalam) worries that she shares too much of herself; Simon (Kristian Jordan) has a habit of shutting down when things get too hard. Each of them has their reasons, which Garrity teases out over the course of the movie; the film’s most pressing question is whether its wannabe couple is willing to put in the work to be worthy of one another. Both leads are watchable, but Nalam – in her first film role – holds the screen like a veteran, shifting through the facets of Iris’s personality as the situation requires. The film’s last movement feels a little uncertain, as if Garrity is trying to pack in one plot thread too many … but honestly, it’s better to see a movie have too much on its mind than not enough.

There was a lot to like in the first season of Amazon Prime Video’s adaptation of Garth Ennis’s cult comic about a black-ops squad that takes down superheroes who’ve been corrupted by their own power, though the execution was often messy. The second season doubles down on carnage and sadism, regularly covering its protagonists in gore when it isn’t torturing them emotionally. Whether that’s a bug or a feature is up to the individual viewer, I suppose. The core of the series is still the sweet romance between the squad’s neurotic Hughie (Jack Quaid) and rookie hero Annie (Erin Moriarty); for all the debauchery happening around them – mostly embodied by Antony Starr’s sociopathic superman Homelander and a new character, Stormfront, played with snappy malevolence by You’re The Worst’s Aya Cash – that love story warms the show and helps balance out the cruelty. The show also appears to have realized that Karl Urban is capable of playing more than a single note as Billy Butcher, and they’ve given him a season-long arc to broaden the character’s range. That’s nice too. Available to stream Friday (September 4) on Amazon Prime Video Canada. NNN (NW)

We Hunt Together (season 1, episode 5)