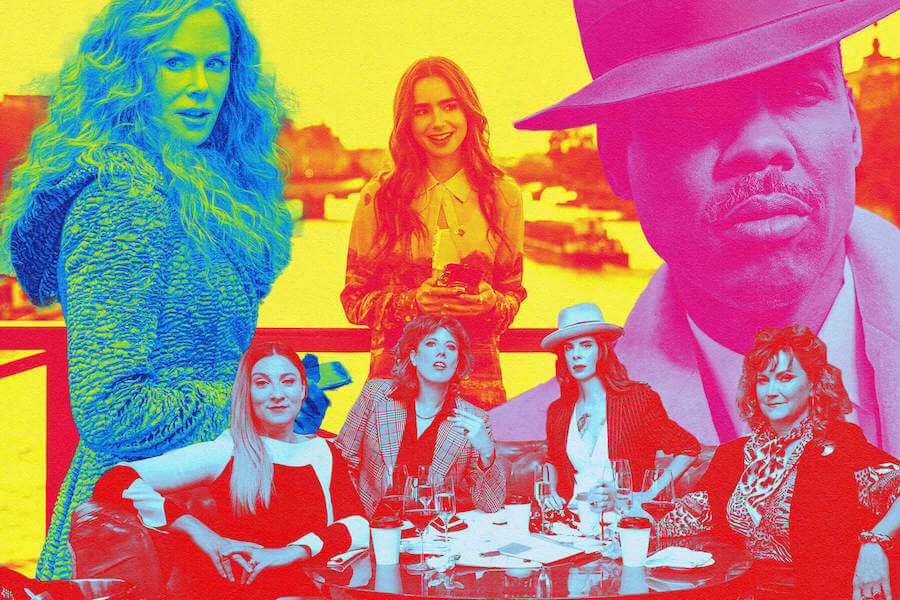 From a glossy Amazon apocalypse to a Zoom-adjacent network comedy, here are 17 TV shows that might offer a distraction from – or commentary on – whatever we end up experiencing in fall 2020.

Four friends (Desmin Borges, Dan Byrd, Ashleigh LaThrop, Jessica Rothe) believe a lost comic book holds the key to explaining – and stopping – the collapse of Western civilization. Gone Girl author Gillian Flynn’s adaptation of the 2013 British series moves the action to present-day Chicago and adds John Cusack, Rainn Wilson and Sasha Lane as key characters who might be working to save the world – or to bring it to an end just a little quicker. Amazon Prime Video, September 25

Noah Hawley’s epic riff on the films (and worldview) of Joel and Ethan Coen takes its biggest conceptual leap yet, setting the story in 1950s Kansas City for “a tale of immigration, assimilation and power.” The heads of the Black and Italian mobs forge a truce by raising each other’s youngest sons, only to find that arrangement threatened by outside agitators. Chris Rock and Tommaso Ragno play the big bosses, with Jason Schwartzman, Jessie Buckley, Ben Whishaw and Timothy Olyphant among the massive supporting cast. FX, September 27

“A COVID sitcom from the producers of Blindspot” sounds like a weird pitch for a network sitcom. But Blindspot was a secret hangout comedy so let’s see what Martin Gero and Brendan Gall with this story of an assortment of friends – among them Otmara Marrero, Parvesh Cheena, Preacher Lawson, trans actor Shakina Nayfack and real-life couple Keith Powell and Jill Knox – helping each other cope with lockdown. And it’s all shot in the cast’s own homes, of course. NBC, October 1 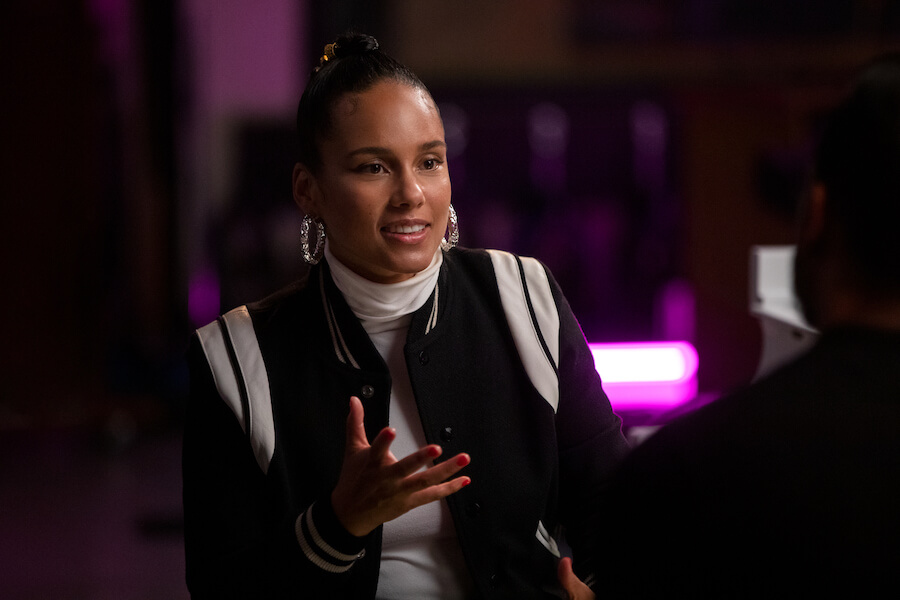 Alicia Keys breaks down her music in Song Exploder.

It’s not the first show to be spun out of a podcast – Amazon’s already produced Lore and Homecoming – but this Netflix documentary adaptation of Hrishikesh Hirway’s series might be the ideal version, with artists like Michael Stipe, Alicia Keys and Lin-Manuel Miranda explaining the genesis and impact of their biggest hits. Netflix, October 2

The latest frothy dramedy from Sex And The City and Younger creator Darren Star stars Lily Collins as its eponymous hero, a young woman from the Midwest who gets a job at a French marketing firm and finds herself caught up in an exotic new life. Netflix, October 2

Ethan Hawke and screenwriter Mark Richard turn James McBride’s award-winning novel about an enslaved boy who joins John Brown’s abolitionist army into a Showtime miniseries, with Hawke starring as Brown alongside Daveed Diggs as Frederick Douglass and Wyatt Russell as Jeb Stuart. But it’s relative newcomer Joshua Caleb Johnson who’ll be getting the most attention as the young hero, Onion. Crave, October 4 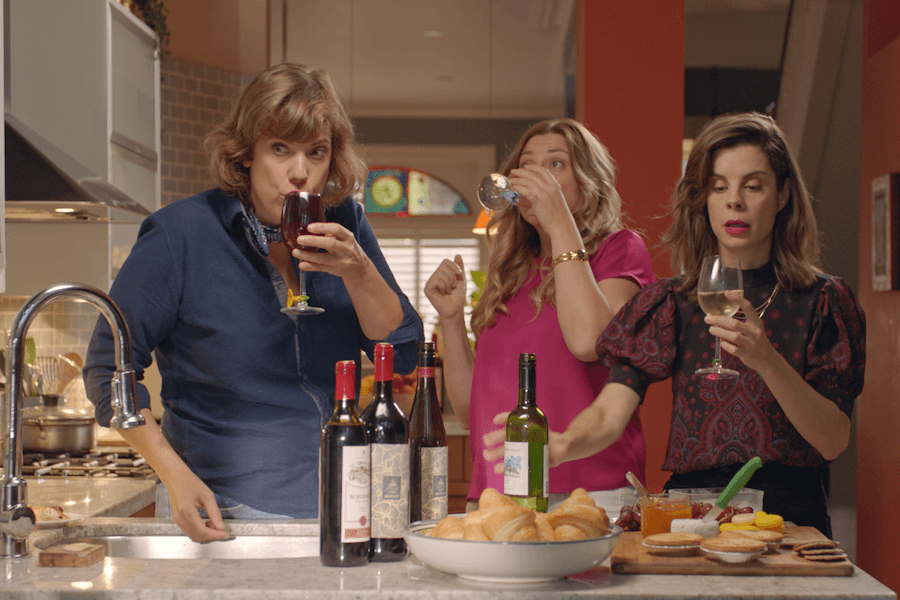 Carolyn Taylor, Meredith MacNeill, Aurora Browne and Jennifer Whalen return for one last round of character-driven, socially attuned satire, expanding their repertory to include mobsters, witches, dog-show participants and the world’s most unbreakable secret agent. And that’s just in the first two episodes. CBC, October 6

Writer/director Michelle Latimer’s heavily buzzed adaptation of Eden Robinson’s novel stars Joel Oulette as Jared, a working-class kid who discovers he’s connected to an elaborate supernatural world – but would really rather figure out how to navigate his own life. NOW’s Radheyan Simonpillai called it “a scrappy, bare-knuckle answer to the Harry Potter series” when it premiered at TIFF earlier this month. CBC, October 7 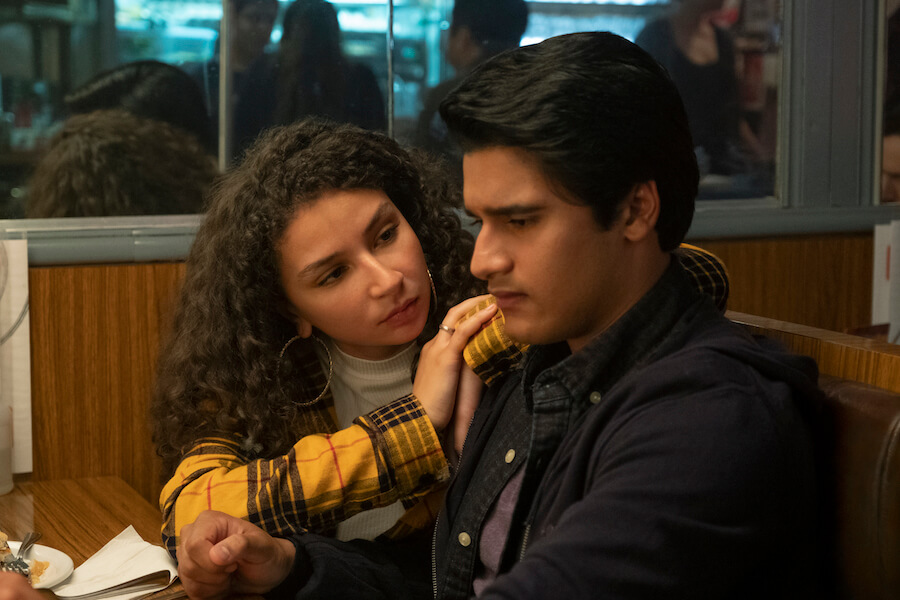 In its fourth season, Nick Kroll and Andrew Goldberg’s raucous, ridiculous and surprisingly sensitive animated series about pubescent adolescents will deal with even more awkward moments, wild emotional swings and surreal sexual discoveries. And the show will find a way to deal with actor Jenny Slate’s decision to leave the show so an actor of colour can voice her biracial character, Missy. Netflix, October 16

CBC’s six-part documentary series explores the history of the slave trade through a very personal lens. Actor Samuel L. Jackson traces his connection to his ancestors in Gabon while filmmakers Simcha Jacobovici and Afua Hirsch follow the search for sunken slave ships – and for evidence of an American vessel that ferried enslaved people to freedom in Canada. CBC, October 18 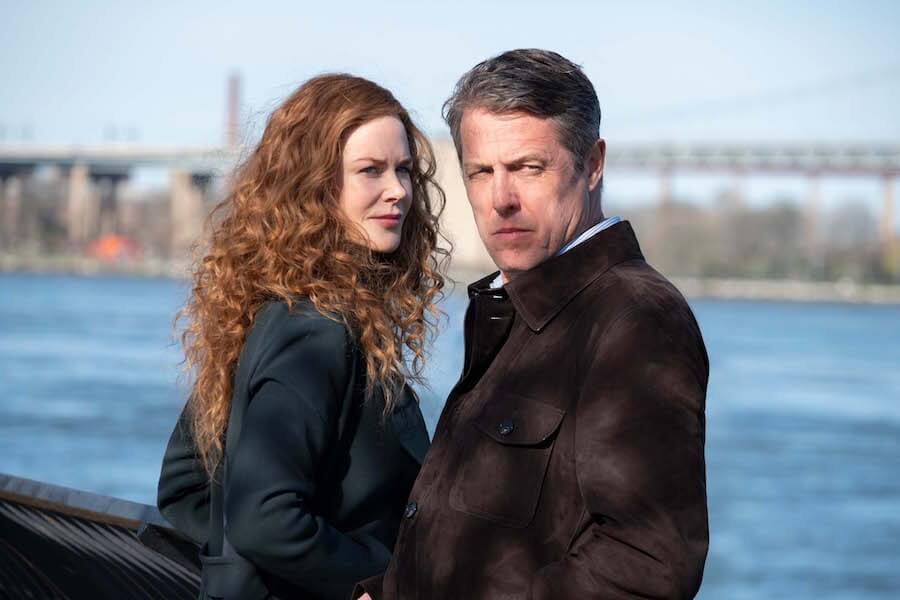 Nicole Kidman and Hugh Grant star in the HBO miniseries The Undoing.

Time to re-activate your Disney+ subscription: the standalone Star Wars series about a bounty hunter (Pedro Pascal) and his adorable alien pal returns for a second season of samurai/gunslinger riffing in a galaxy far, far away. Gina Carano, Giancarlo Esposito and Carl Weathers are all confirmed to return, with WWE superstar Sasha Banks joining the ever-expanding cast. Disney+, October 30

John C. Reilly, Fred Armisen and Tim Heidecker are a trio of wannabe astronauts getting on each other’s nerves while isolated at a desert base to test their readiness for a moon mission. Look, it’s gotta be better than Space Force. Crave/Showtime, November 8

Nick Frost and Simon Pegg – whom you loved in Shaun Of The Dead, Hot Fuzz, Paul and The World’s End – take on The X-Files in this series about amateur paranormal investigators who discover that not only is the truth really out there, but it’s coming after them. Amazon Prime Video Canada, date TBA