What to watch on Netflix Canada in September 2020 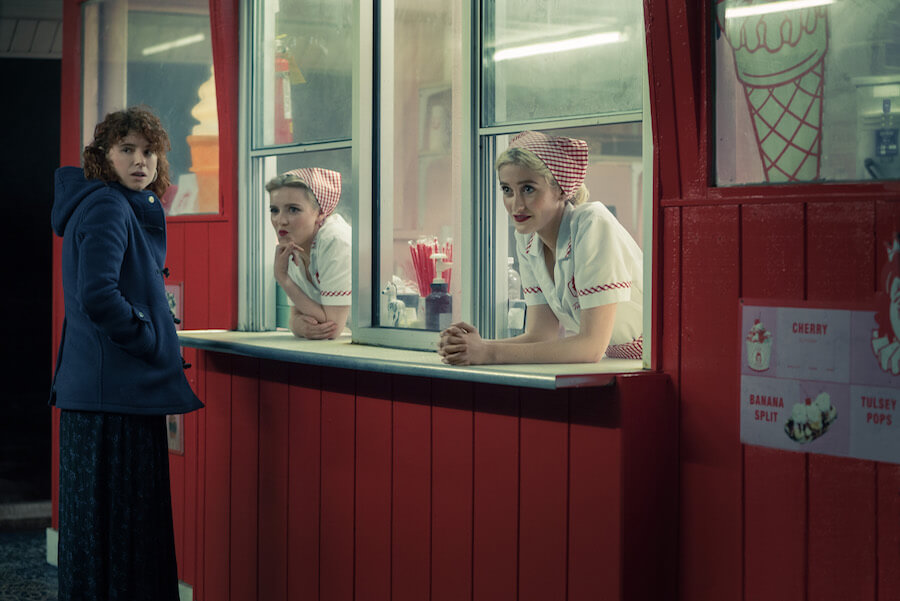 NOW critics have immersed themselves in the September 2020 Netflix Canada schedule to find the most interesting new and old titles hitting the streamer. This month, we’re looking forward to Charlie Kaufman’s I’m Thinking Of Ending Things, The Devil All The Time starring Robert Pattinson, Maïmouna Doucouré’s Sundance winner Cuties and The Social Dilemma.

Five years after Anomalisa, Charlie Kaufman returns with an adaptation of Canadian author Iain Reid’s novel about a young couple (Jesse Buckley, Jesse Plemons) driving through a wintry storm to meet his parents (Toni Collette, David Thewlis). Which sounds interesting, sure, but here’s the twist: Reid’s novel is a psychological thriller, and some very bad things happen in it, and that’s not the sort of territory Kaufman has ever explored before… though fans of Adaptation. may recall his fake twin brother Donald had a thing for it. And this is another case of Kaufman reworking someone else’s material to his own obsessions, so… let’s see what happens. September 4

Tom Holland and Robert Pattinson square off in Antonio Campos’s adaptation of Donald Ray Pollock’s 2011 novel about a young man on a collision course with a duplicitous preacher in rural America – but they’re only two of the heavy hitters in the cast, which also includes Bill Skarsgård, Riley Keough, Jason Clarke, Haley Bennett, Mia Wasikowska and Sebastian Stan. In a normal year, this would have almost likely been a gala presentation at TIFF, with a big flashy red carpet; re-create the experience by standing outside your living room for an hour before going in, and then waiting another twenty minutes to hit “start” on the movie. September 16

French filmmaker Maïmouna Doucouré won a directing prize at Sundance for Cuties, but the coming-of-age film has had a rockier reception since Netflix unveiled the movie poster this month. The film tells the story of an 11-year-old girl who joins a group of dancers and starts to explore her femininity. Many accused the streamer of sexualizing children with the marketing: a Change.org petition calling for the film to be pulled attracted 35,000. Netflix later issued an apology. The backlash is ironic given the critical praise has largely focused on the way Doucouré’s film criticizes the sexualization of young girls. September 9

A Love Song For Latasha

Sophia Nahli Allison’s experimental documentary revisits the life of Latasha Harlins, a Black teen from Los Angeles who was shot to death by a Korean shopkeeper in March 1991. Her death was caught on security camera footage and became one of the catalysts for the 1992 LA riots, but this film takes a more dreamy approach than the usual news accounts. A Love Song For Latasha reimagines her life using testimonials from friends and relatives to fill in gaps in the available archival images. September 21

Another Sundance title coming to Netflix in September is Jeff Orlowski’s hybrid documentary-drama that makes a case logging off social media platforms such as Facebook. The film mixes staged scenes of a well-to-do family beset by social media addiction with talking-head experts, including author and virtual reality trailblazer Jaron Lanier, who break down why social media is just so darn addictive and good at spreading misinformation while harvesting our data. September 9

Fierce teen author and activist Marley Dias founded the #1000BlackGirlBooks campaign a few years ago, and now she’s back to host a new series that’s a great addition to the Netflix Family catalogue. Bookmarks: Celebrating Black Voices is a live-action preschool series in which famous Black figures read children’s books by Black authors. Celebrities include Tiffany Hadish, Lupita Nyong’o (who will be reading her own book, Sulwe), Common, Jill Scott and Misty Copeland. Each segment is five minutes, perfect for pre-schoolers, and the themes include identity, respect, justice and action. Issues we’re all dealing with, regardless of age. September 1

Last year, Netflix launched Another Life, a knowingly goofy sci-fi series in which Katee Sackhoff left her husband and child behind to lead a dangerous mission to save the human race. This year, the service offers a more grounded spin on the premise from creators Jessica Goldberg and Andrew Hinderaker (The Path) and producers Jason Katims and Edward Zwick, with Hilary Swank as the commander of a Mars mission and Josh Charles as the husband who finds himself battling a health crisis shortly after she blasts off. If you prefer heart-tugging personal crises to pulse-pounding space emergencies, check this one out. And if not, Another Life has a second season on the way. September 4

The first volume of Taco Chronicles is one of the most mouth-watering series around. We defy you to watch it and not immediately try to find a scrumptuous example of Mexican street food. Now it’s time for a second helping. Each episode explores aspects of the dish, its various styles and their little-known histories. September 15

Scripted by The Eddy’s Jack Thorne and directed by TV veteran Harry Bradbeer, who helmed the second season of Fleabag, this adaptation of Nancy Springer’s novel stars Millie Bobbie Brown as Sherlock Holmes’s equally brilliant kid sister, who embarks on her own adventures while her big brother (Henry Cavill) is off doing his thing. (Sam Claflin turns up as third sibling Mycroft.) Originally intended as a Warner Bros. franchise-launcher, so expect some very impressive production values… though we’re mostly curious to see how Stranger Things breakout Brown adapts her very contemporary vibe for a period movie. September 23 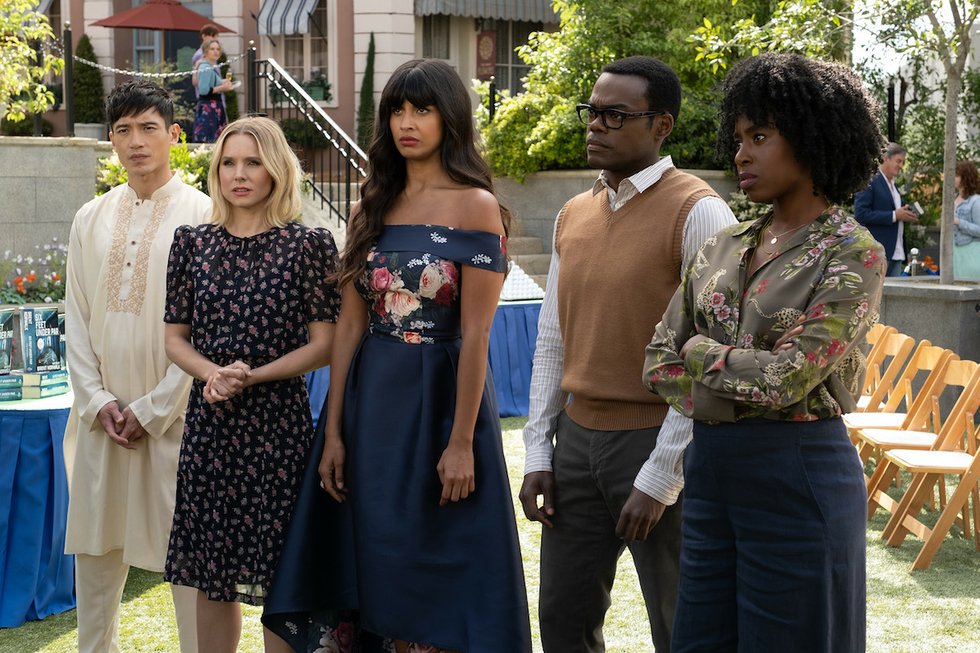 In its final season, Michael Schur’s remarkable network sitcom-slash-philosophy course found a conclusion that was moving, funny, soulful and resonant – basically, everything viewers needed it to be, and a universe away from the simple mistaken-identity premise from which it began. Schur’s heroes – an Arizona trashbag (Kristen Bell), an indecisive academic (William Jackson Harper), a self-absorbed socialite (Jameela Jamil), the quintessential Florida Man (Manny Jacinto), a reformed demon (Ted Danson) and his supernatural assistant (D’Arcy Carden) – illustrate their creator’s faith in kindness and compassion, and the endings he finds for each of them are perfect and beautiful. It’ll be there for you whenever you’re ready.  September 26

Step Up: All In

The Step Up franchise’s fifth entry is a B-movie with cheesy acting and dialogue. But Trish Sie, who previously directed stunning music videos for OK Go, shows a real affection for dancers, their lives and their incredible moves. Sie doesn’t rely on heavy editing like so many music video people do. She knows exactly where the camera should be, when to cut and when to just sit back and savour the breaking, krumping, locking and popping. There is at least one uncut take that lasts a whole minute in the epic finale, where the dancers get down with some straight-up Cirque du Soleil shit. September 5

List of new titles available on Netflix Canada in September 2020 by date:

The Boss Baby: Get That Baby!

Get Organized With The Home Edit

Julie And The Phantoms

American Murder: The Family Next Door

GIMS: On The Record

Ghost In The Shell

The Next Karate Kid

Dumber And Dumber To

Fear And Loathing In Las Vegas

Freaks: You’re One Of Us

Step Up: All In

So Much Love to Give

A Love Song For Latasha