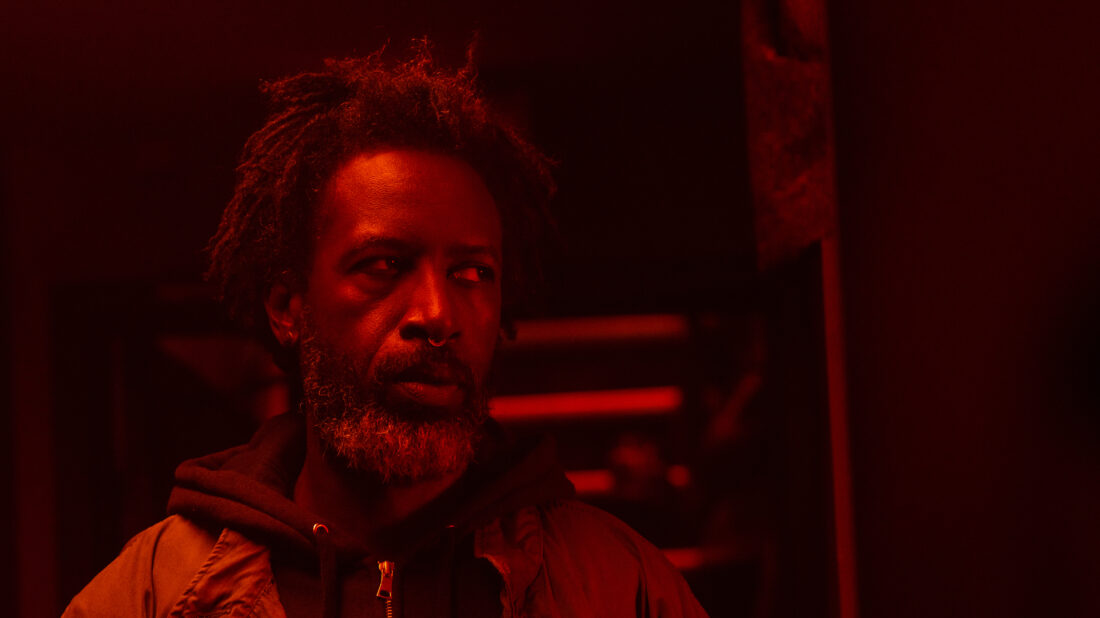 Saul Williams stars in Akilla's Escape, which will premiere at TIFF.

The celebration will premiere four new films that are in the spirit of the now-defunct program. The festival, which is hosting a mix of in-person, drive-in and online screenings, will also host two virtual panel discussions and a livestream party featuring the return of Planet Africa’s DJ Dave Campbell.

TIFF co-head Cameron Bailey developed the Planet Africa program when he was still a film critic for NOW Magazine. In an interview, Bailey compared the current racial reckoning after the Minneapolis police killing of George Floyd to the period leading up to TIFF’s first Planet Africa program.

“We were riding the crest of the cultural activity that was happening south of the border,” says Bailey. He points to the demonstrations in the wake of the Rodney King beating, as well as films from Spike Lee and John Singleton, and conscious hip-hop acts like A Tribe Called Quest and the Jungle Brothers as contributing to the environment that fostered his program in 1995.

Dawn Porter’s documentary on White House photographer Pete Souza, The Way I See It, will premiere at TIFF 2020 as part of the Planet Africa celebration. The film showcases iconic imagery Souza captured from Obama’s presidency, while illustrating how far things have deteriorated since. Congolese director Dieudo Hamadi’s Cannes selection, Downstream To Kinshasa, will represent the continent. The documentary follows wounded war survivors of the Six Day War who travel by river to Kinshasa seeking justice.

Director Tommy Oliver (1982) is returning to TIFF with 40 Years A Prisoner. The doc follows Mike Africa Jr.’s efforts to get his parents Mike and Debbie out of prison. They were part of MOVE 9, members of the Black liberation group sent to prison in 1978 after a standoff with police in West Philadelphia that killed an officer. Africa Jr., who was born in prison, never saw his parents together for 40 years.

Canadian director Charles Officer’s new film Akilla’s Escape is the only fiction feature in this year’s Planet Africa. The crime drama stars recording artist and actor Saul Williams as Akilla, a player in the ganja game planning his retirement during legalization. He’s out to protect a 15-year-old during a particularly violent night in Toronto after a stash house robbery.

Porter, Hamadi, Oliver and Officer will take part in one of the two Planet Africa panel discussions. The other panel, Planet Africa Origin Stories, reunites Bailey with his programming cohort: June Givanni, Gaylene Gould, Julie Crooks and Maxine Bailey. They’ll be discussing the program’s origins and influence. Bailey also promises they’ll spill tea about the obstacles that got in the way of Planet Africa.

“The big idea behind Planet Africa was that there was a common spirit across the African diaspora,” says Bailey. He describes a thread among Black films, whether they came from Congo, Johannesburg, Jamaica or the diaspora. “There was something about that voice, the vernacular of Pan-African film language that was unique and distinctive.”

Officer credits Planet Africa with sending him on the path to becoming a filmmaker. He was a graphic designer at the time and his first encounter with Planet Africa was a little poster he was tasked with designing. Bailey says the Planet Africa team would make a point of outsourcing designs, catering and music to Black businesses. Later, Officer would score tickets to the festival.

“I loved cinema but I didn’t even know that this kind of cinema exists,” says Officer, who then started discovering filmmakers like Haile Gerima and Raoul Peck. “I was like holy shit, this is a whole other world.”

A few years later, Officer directed his first short When Morning Comes and had a small role in Clement Virgo’s Love Comes Down. Both films played TIFF. And Officer excitedly recalls attending the Planet Africa party and meeting icons Larenz Tate and Deborah Cox, who starred in Virgo’s films. “It was a dream!”

TIFF remains a largely white affair. That make up didn’t change much at Planet Africa screenings.

“We weren’t then and we’re still not reaching the Black community as much as I would like us to,” says Bailey.

The infamous Planet Africa party was another story. Bailey describes an uncommon phenomenon. People from Scarborough and North York, dressing up to attend a Black party hosted by a major cultural institution like TIFF. They probably couldn’t get into any other TIFF party. But they had the hook up for Planet Africa because a friend or a friend of a friend was an organizer.

And they’d spot Samuel L. Jackson, Don Cheadle or other celebrities who didn’t necessarily have to be Black. Both locals and visitors in town for TIFF knew that was the party to be at. Unlike most TIFF parties, where everyone just stands around looking for a shoulder to rub, Planet Africa threw down.

“The social aspect of it should never be undervalued,” says Bailey.

Bailey says systemic or institutional racism weren’t phrases that were commonly used back then. But perhaps they describe the internal tensions at TIFF that surrounded Planet Africa.

The section was entirely Black run, from the programmers to Karen Carter who was involved with the social and community side of the program. In the early days, none of them were full-time employees at TIFF. They operated outside of it.

Bailey says they didn’t necessarily follow protocols and processes, partly because they didn’t even know what those were. They would also break protocol when going outside the festival to access Black designers, DJs, caterers and vendors.

“There were these strains and tensions if we wanted to do something that was Afrocentric at any institution in this country.”

And there was another factor that led to Planet Africa’s dissolution. Some filmmakers, particularly from the diaspora, were not keen to be in an Afrocentric program.

“They wanted to be seen as individual filmmakers,” says Bailey. “Like what you would see now. ‘I’m not a Black artist. I’m an artist.’”

Charles Officer remembers those conversations well: the chatter was that Planet Africa was seen as “ghettoizing.” But he points out that the alternative isn’t better. Today, we’re seeing BIPOC committees or pushes for diversity boards and advisors, precisely because Black talent gets overlooked.

“We need these programs,” says Officer. “You have to carve out this space so they have an opportunity to get out there.” 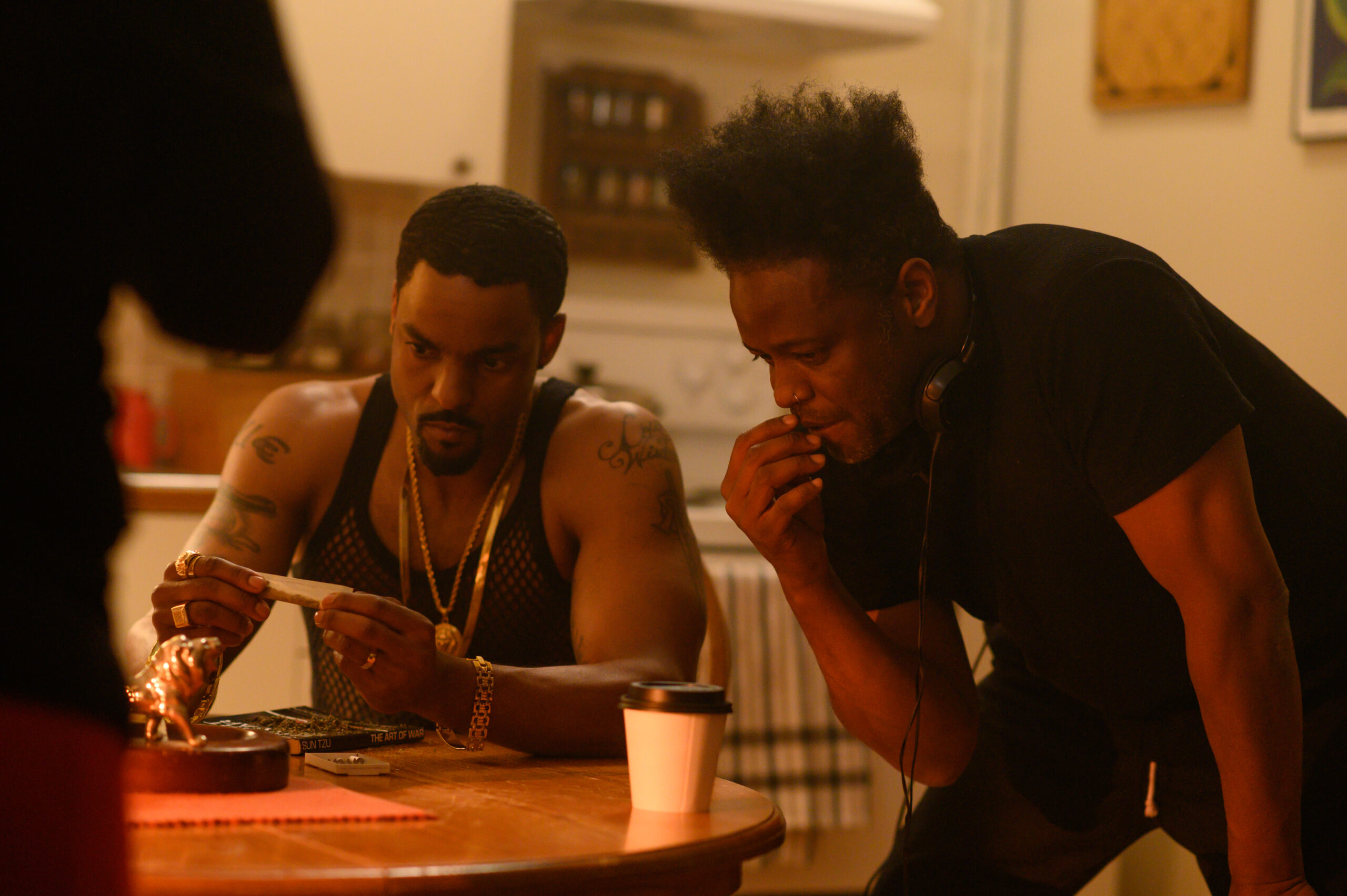 With Akilla’s Escape, Charles Officer wanted to explore the root causes of the violence that was affecting Toronto’s Black youth. The Unarmed Verses director began writing the film’s script in 2010, when Toronto police were cracking down on the Jamaican gang called Shower Posse. The script took its cues from those events.

In Jamaica, the Shower Posse was an enforcer for the Jamaican Labour Party, which empowered its drugs and arms trade. Some say they had support from the CIA. The Shower Posse has branches across Canada and the U.S. The gang’s founder Lester Coke, aka Jim Brown, was murdered in prison in 1992. Many suspect his political connections were covering their tracks. Coke’s son Dudus took over the violent gang. He’s currently serving a prison sentence in the U.S.

In Akilla’s Escape, Officer explores how violence trickles down through generations, from father to son, and how corrupt Jamaican politicians can affect kids on Toronto’s streets. Saul Williams’ Akilla (a killah) tries to break the cyclical violence when choosing to rescue a young boy named Sheppard (Thamela Mpumlwana) from crime.

Making Akilla’s Escape in Canada is a miracle in itself. Our film industry is practically hostile to Black storytelling – there’s a reason the film took a decade to make, for only a fraction of the budget a film of its scope typically demands.

“You should stay away from Black violence,” is the sage advice Officer got from a key decision-maker in Canada.

That was in 2012, the same year as the Danzig shooting.