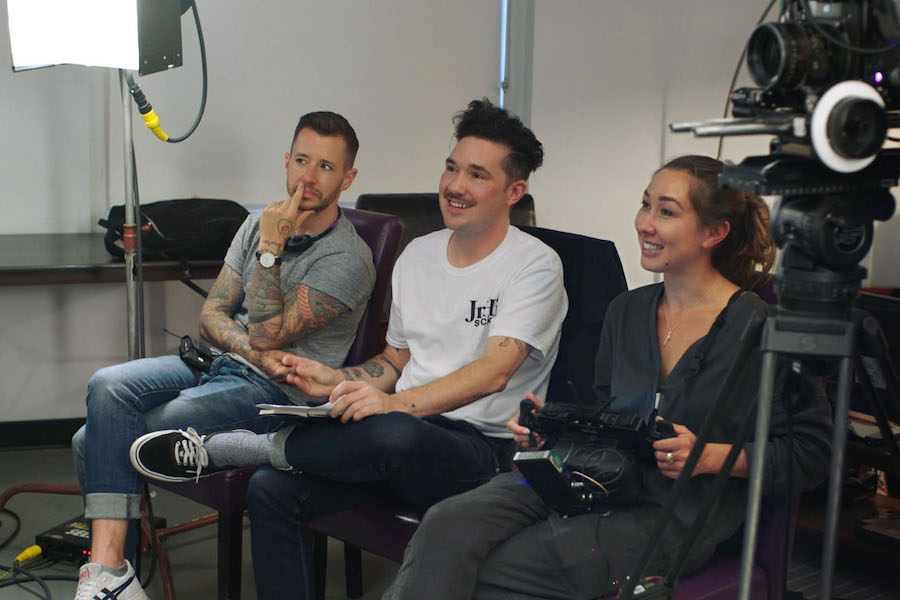 On August 15, an episode of the History channel series The UnXplained aired in the U.S. called Leading Double Lives. The show’s executive producer and host, William Shatner, live-tweeted about the segments: a master surgeon with no medical training, a man pretending to be Sophia Loren’s son and a woman impersonating Anastasia Romanov.

Finally, Shatner summed up UnXplained’s final segment on trans masculine Jazz musician Billy Tipton… in the worst way. “Billy Tipton dies and paramedics who responded discover Billy is actually a woman,” wrote Shatner. “She had been living as a man for decades. Billy had 5 wives in total and they never knew he was a woman.”

“The show was regurgitating the most well-rehearsed narratives about Tipton’s life,” says No Ordinary Man co-director Chase Joynt, “which is that he was a woman passing as a man in pursuit of a career in music.”

Tipton lived successfully as a touring jazz musician, playing sax and piano in the 40s and 50s. He later settled down in Spokane with his wife and adopted children. Joynt describes him as “a beacon of strength and hope,” living a life that mattered and made sense to him and those he loved.

No Ordinary Man, which premieres at the Toronto International Film Festival, celebrates and interprets Tipton’s life through conversations with contemporary trans masculine artists. The film is a reclamation of Tipton’s identity, flying in the face of widely held notions the media has spread since 1985: that Tipton’s life was a deception and that his wives and children were victims of lies. Such dangerously false spins persisted in the news and talks shows, even on Oprah. Despite greater trans representation in media today, from Laverne Cox to Hunter Schafer, those narratives didn’t go away.

“Trans people and gender non-conforming people are some of the last people to get respect in mainstream media,” adds co-writer Amos Mac. 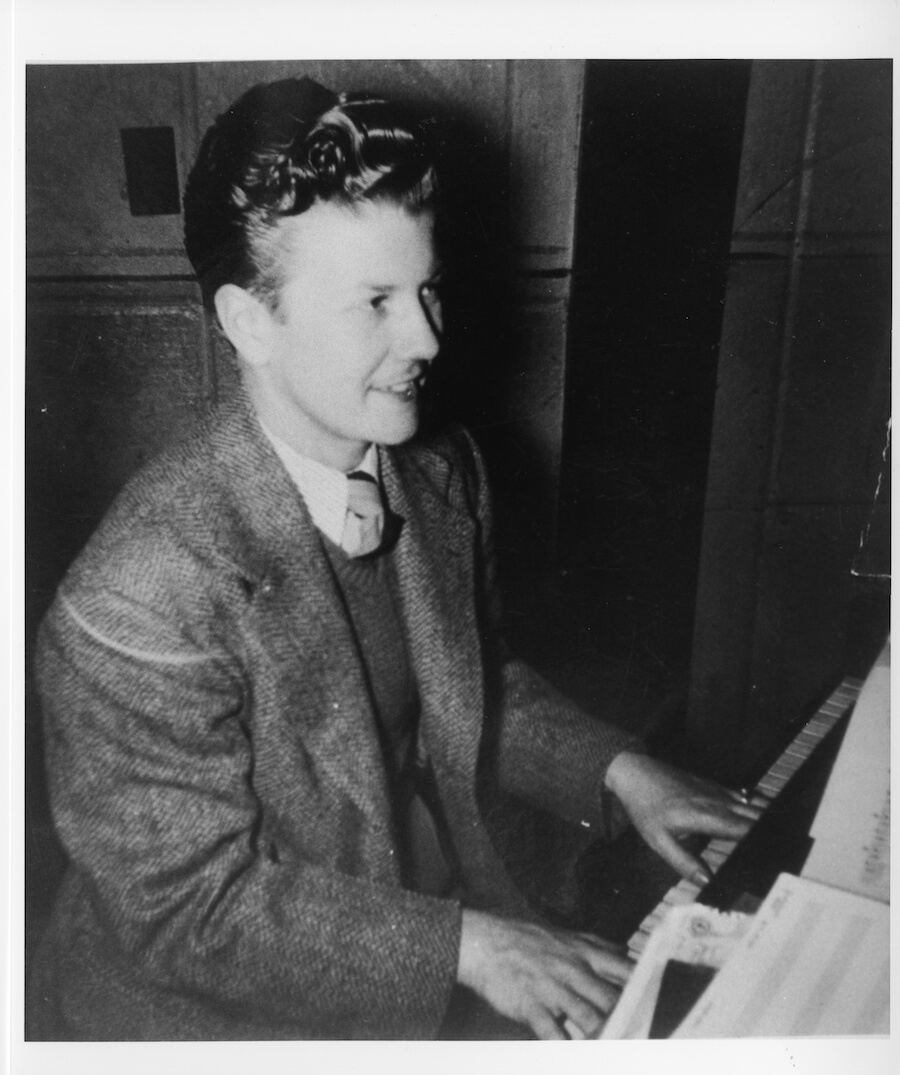 American jazz musician Billy Tipton became a trans icon – and tabloid sensation – after his death in 1989.

I’m on a Zoom chat with Joynt (Framing Agnes), Mac and co-writer and co-director Aisling Chin-Yee (The Rest Of Us). Full disclosure: Chin-Yee is a friend. I’ve worked with her on multiple stories over the years, from a report on gender parity in Canadian film to NOW’s Rising Star issue in April 2019, where we first discussed No Ordinary Man. I’ve also (virtually) met Joynt recently at TIFF’s Spotlight On Canadian Talent, a pre-recorded industry panel that will stream on Friday (September 11) as part of the festival’s programming. This is my first time speaking with Mac, the founder of trans male magazine Original Plumbing. He’s also a producer on Gaycation and a story editor on HBO Max’s upcoming Gossip Girl reboot.

Another disclosure: Before Joynt and Mac, I’ve knowingly engaged with two other trans people in my life: Toronto comedian Ashley Cooper and photographer Jah Grey. My ignorance is apparent. It falls on them to educate me about how trans people are portrayed in media, and how even journalists can contribute to the limitations on their stories.

Mac says he’s used dealing with journalists after spending a decade in magazine publishing. “I had to explain what trans was to a lot of journalists,” he says. And Joynt points out that working through these conversations is often a collaborative effort. The trio already had interviews where Chin-Yee is there to check the questions that are out of place.

Suffice to say they make an effective team, working together to answer to the lack of nuance on my part as well. As I steer my questions towards the challenges and trauma the trans community faces, Chin-Yee answers back in the same way she would when asked about the difficulties of being a woman director: “Stop focusing on how hard it is and focus on how great we are!”

“We share power in interesting ways to navigate our own vulnerabilities,” Joynt adds, “and to navigate how we want the project represented and to recognize that we need multiple speaking subjects all the time. 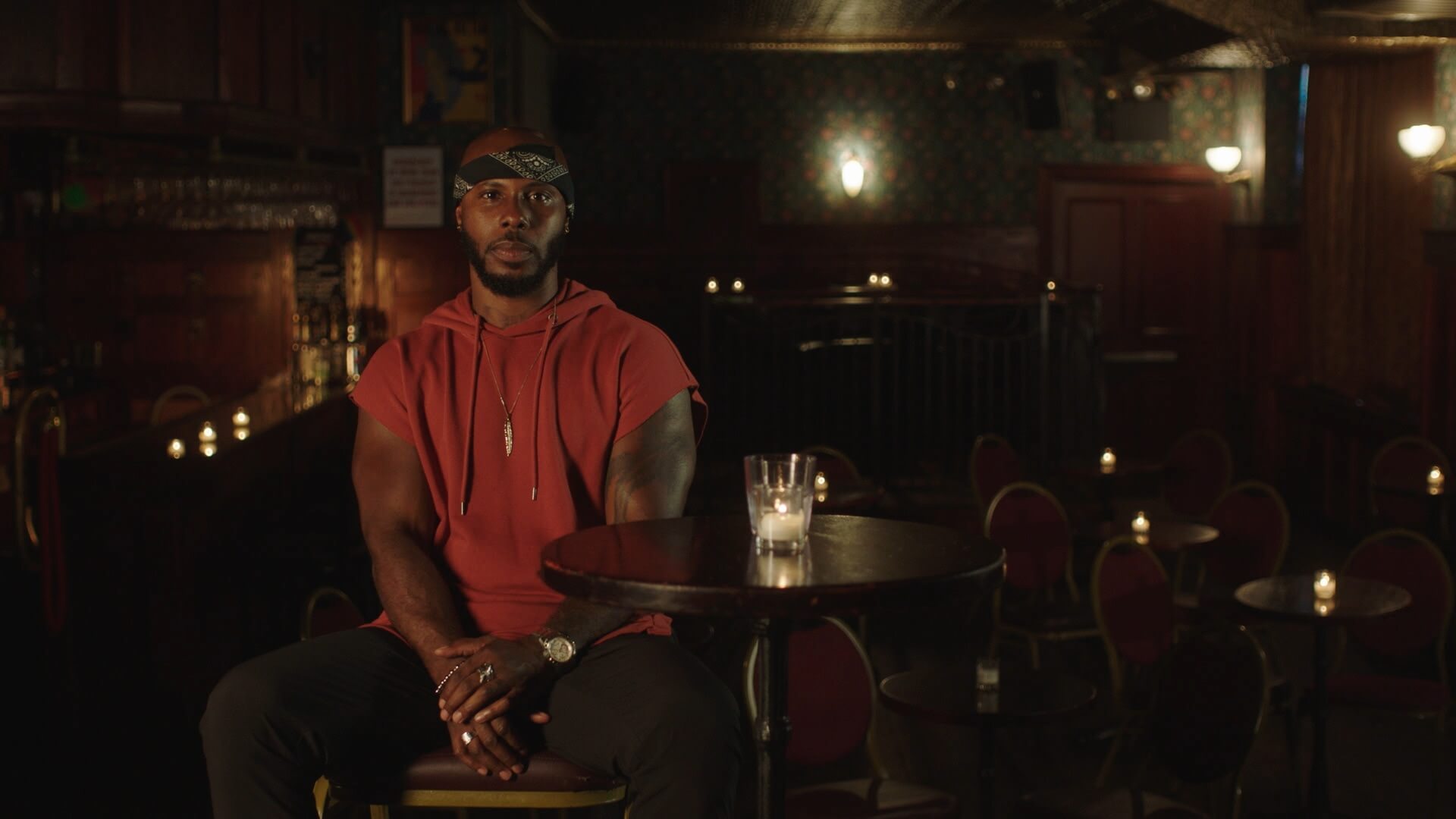 Actor and activist Marquise Vilsón auditions for the role of Billy Tipton in No Ordinary Man.

Accordingly, No Ordinary Man doesn’t tell Tipton’s story in one way. Because there was no recorded footage of Tipton, the filmmakers recreated aspects of his life, and essentially put some of the first moving images representing Tipton onscreen. But Chin-Yee explains that any recreation has a certain lens or bias, whether her’s, Joynt’s, Mac’s or an actor playing the role. The burden of representation was too big for their perspectives alone. So they opened it up.

Mac and Chin-Yee wrote scenes from Tipton’s life; not the kind that a Hollywood movie or Oprah would focus on but smaller, pivotal and nuanced moments that speak volumes to their experience. They put out a casting call for trans men who, like Tipton, thrive in their lives and work – whether they be actors, activists or musicians, white or Black.

Joynt and Chin-Yee worked with the actors in the auditions and interviews, where they interpret those scenes from Tipton’s life and unpack his experience and influence.

There’s a moment during the audition process when actor Marquise Vilsón hangs on to the tiniest detail in Mac’s dialogue. He draws from personal experience and emotion, working through his own thought process to add a completely new layer and far more gravity to a scene the writers didn’t consider. Marquise is Black. But in that moment he illustrates how much lived experiences count and why he’s more fit to play Billy Tipton than say Sean Penn or Scarlett Johansson. Educating Hollywood on how to represent trans characters continues. Halle Berry, whose directorial debut Bruised is premiering at TIFF, walked away from a transgender role after social media directed her to watch the Netflix documentary Disclosure, which explains the dangers of misrepresentation in the trans community and why she isn’t fit for the role.

Chin-Yee cites trans author Thomas Page McBee, to sum up why she wasn’t fit to make this movie without Mac and Joynt: “If you knew what it was like to be trans, then you would be trans. It’s a ridiculous project to try to explain to people through cis language what its like to be trans. So stop trying to do it.”