The massive documentary festival kicks off next week (April 27), but get your tickets now for these sure-to-sell-out films. 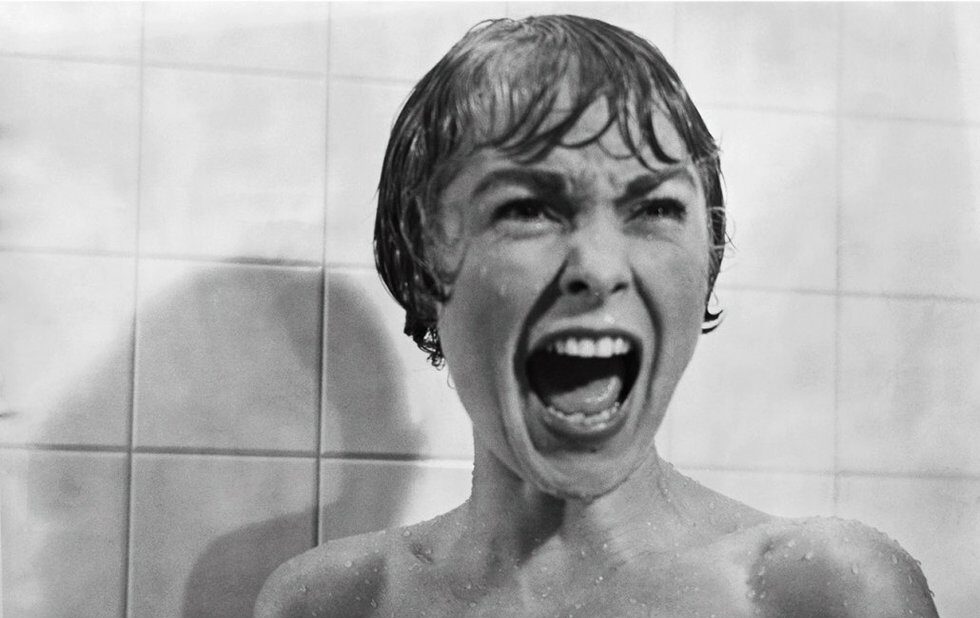 Life To Come is a must-see this year.

Look, if the thought of a deep dive into the shower scene in Alfred Hitchcock’s Psycho didn’t grab my interest I’d have no business being a film critic. It’s one of the key moments in American cinema, profoundly changing moviegoers’ expectations about narrative, voyeurism and the depiction of on-screen violence – and the prospect of watching dozens of critics and filmmakers (including Guillermo del Toro, Eli Roth and Karyn Kusama) unpack its significance frame by frame is irresistible. NW 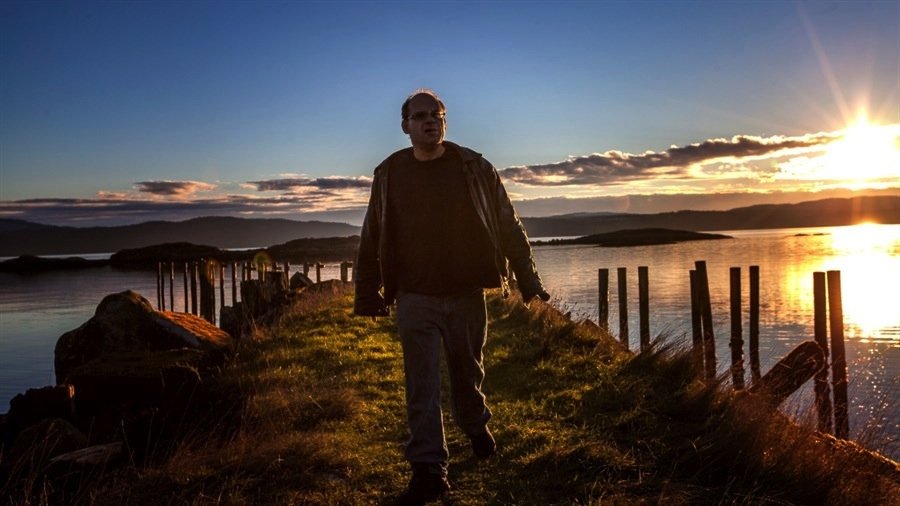 Alan Zweig‘s excellent doc Hurt ended with Steve Fonyo, the man who decades ago ran across the country with a prosthetic leg, struggling with drug addiction and victimized by violence. Zweig goes back to check in with the troubled Fonyo in Hope. Though he lacks the saintliness of his iconic predecessor, Terry Fox, it’s hard to take your eyes off him. I wonder what Zweig discovers. SGC 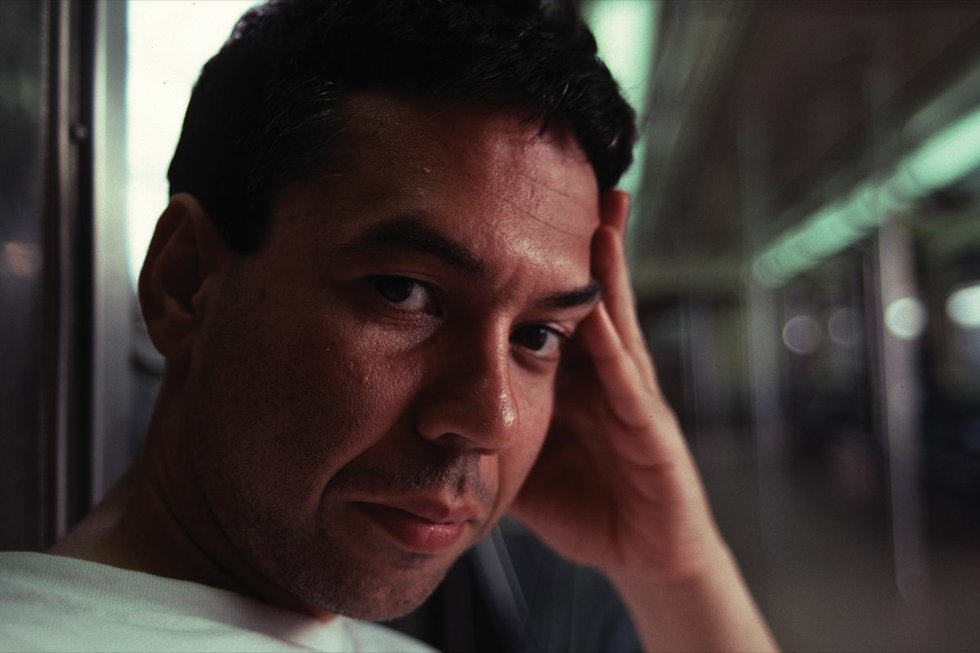 Neil Berkeley has demonstrated a real talent for getting to the heart of some of the most eccentric artists, like Dan Harmon (Harmontown) and Wayne White (Beauty Is Embarrassing). So no wonder he’d be intrigued by Gilbert Gottfried, the shrill-voiced, permanently squinting, notoriously private comic who opens up about his family life, his more controversial bits (especially post-9/11 and post-Japan tsunami) and, most touchingly, his relationship with his siblings. You’ll laugh, definitely, but you’ll also tear up. GS 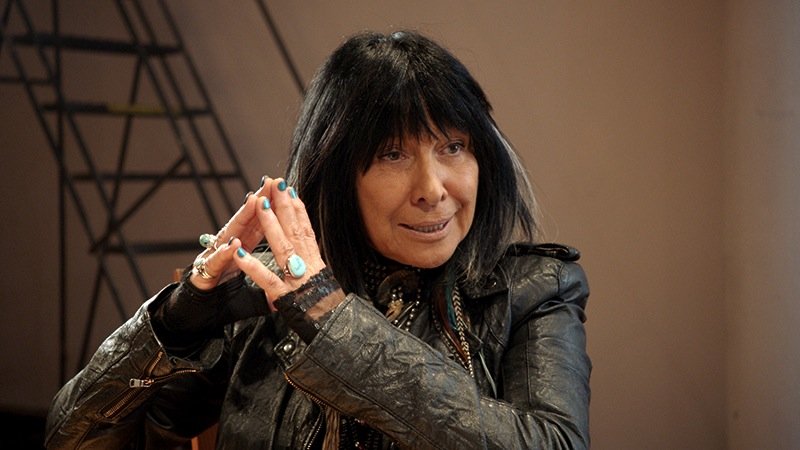 RUMBLE: THE INDIANS WHO ROCKED THE WORLD

Taking its title from Link Wray‘s growling instrumental (which still sounds raw and dangerous 60 years on), Rumble,the new project from Reel Injun co-director Catherine Bainbridge, is an investigation of the influence of Indigenous musicians on American popular music, from Charley Patton and Mildred Bailey to Buffy St. Marie and Robbie Robertson. I’ve been amped for this ever since Hot Docs screened the trailer at its launch conference last month. NW 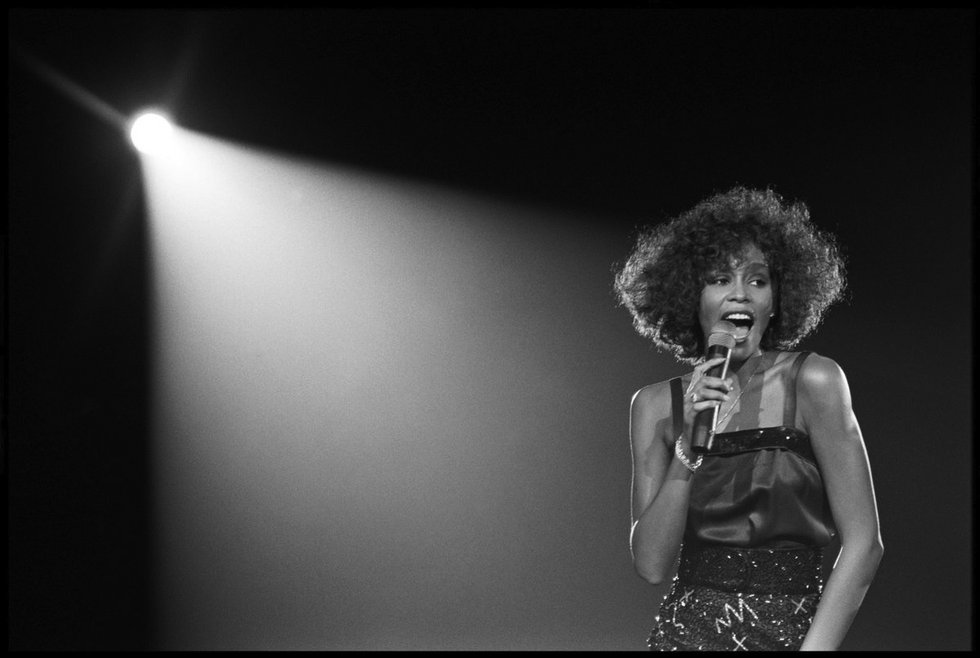 WHITNEY “CAN I BE ME”

Doc rabblerouser Nick Broomfield returns to Unauthorized Hollywood Babylon territory with this film about late pop icon Whitney Houston. One of two Houston docs due this year, this is the one her estate tried to shut down. It reportedly focuses less on her drug use and more on how someone so successful could feel limited – professionally and personally – by fame. Don’t worry that it’s unauthorized: Broomfield apparently found plenty of people willing to talk. KR 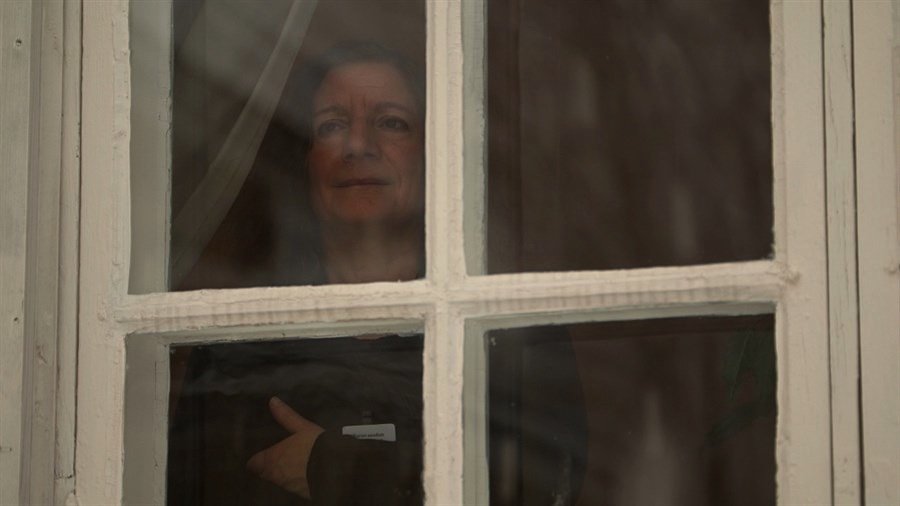 A MEMORY IN KHAKI

The festival has its eye on Syria – a timely choice – and Alfoz Tanjour‘s deeply personal film focuses on identity and displacement, asking, “Can you be who you really are when you’re uprooted by war?” Of all the films in the Syria 360 series, this is the one that promises to be the most visually compelling. SGC 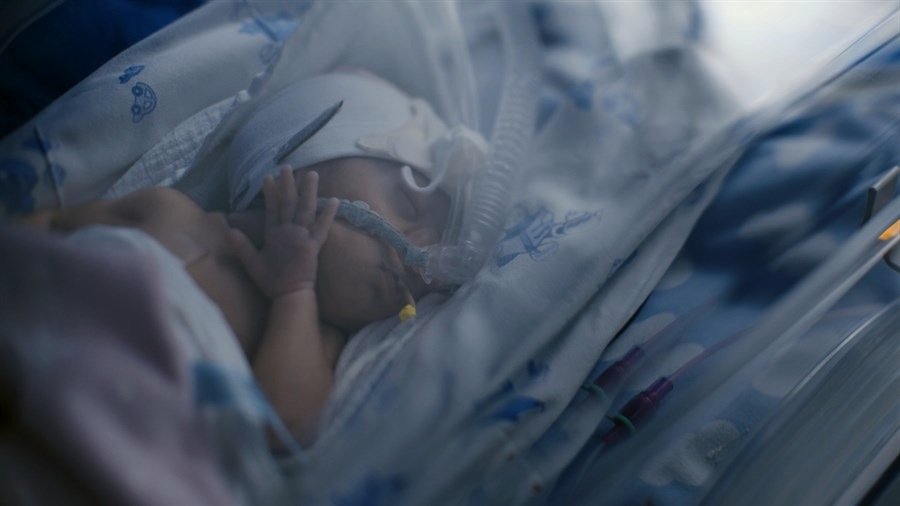 Claudio Capanna gets up close – very up close – with a new mom urging her struggling premature twins to embrace life. Set in a hospital, where monitors beep and tubes snake out of the many machines, it’s intense, for sure, but it’s also a gorgeous testament to love and life. SGC 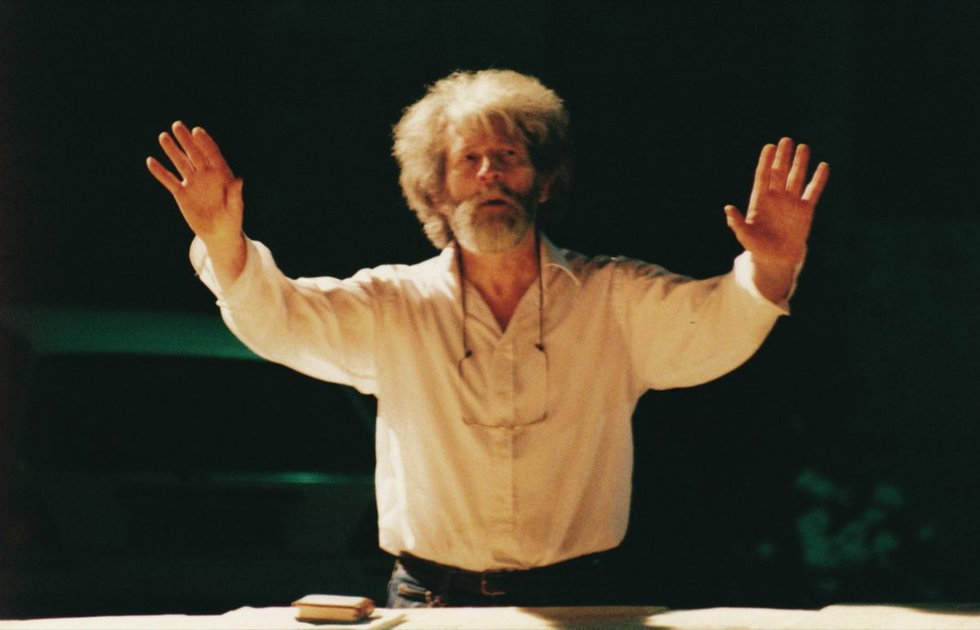 Seven years ago, director Jeff Malmberg came to Hot Docs with the amazing Marwencol, a study of a small-town man devoted to building a scale-model world in his backyard that opened up into a riveting inquiry into identity and storytelling. His new project, co-directed with Marwencol producer Chris Shellen, takes us to a Tuscan village where the townsfolk mount an annual stage play about their local issues. It sounds like he’s found a theme, and I’m eager to see where it goes. NW 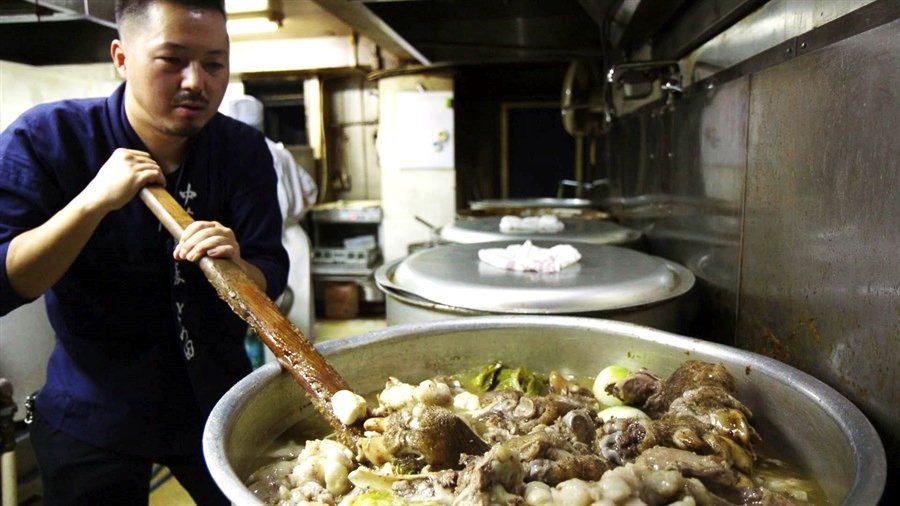 There’s a huge, um, appetite for food-based docs, and Ramen Heads looks like it could become as big a crossover pic as Jiro Dreams Of Sushi. Koki Shigeno‘s film, part of Hot Docs’ Made In Japan series, looks at Japan’s reigning Ramen king, Osamu Tomita, who takes us into his kitchen to serve up some slurpable secrets. And if watching the film makes you hungry, don’t miss the May 6 post-screening event at Momofuku. GS 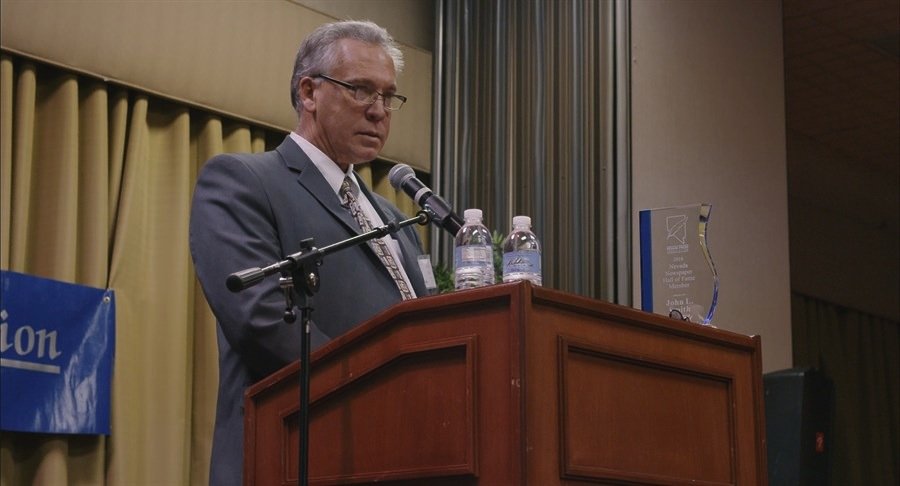 NOBODY SPEAK: TRIALS OF THE FREE PRESS

Brian Knappenberger chronicles Silicon Valley overlord (and Trump donor) Peter Thiel’s court battle with Gawker Media, which he fought by proxy via Hulk Hogan over a sex tape. The doc goes broader to look at conflicts of interest and threats to journalism in the U.S. It airs on Netflix later this year. KR

HOT DOCS Canadian International Documentary Festival runs from April 27 to May 7. For the complete schedule and program, visit hotdocs.ca or the festival box office at 605 Bloor West.