No question that theres something going on out there, what with #MeToo, #TimesUp and other forms of activism transforming the. 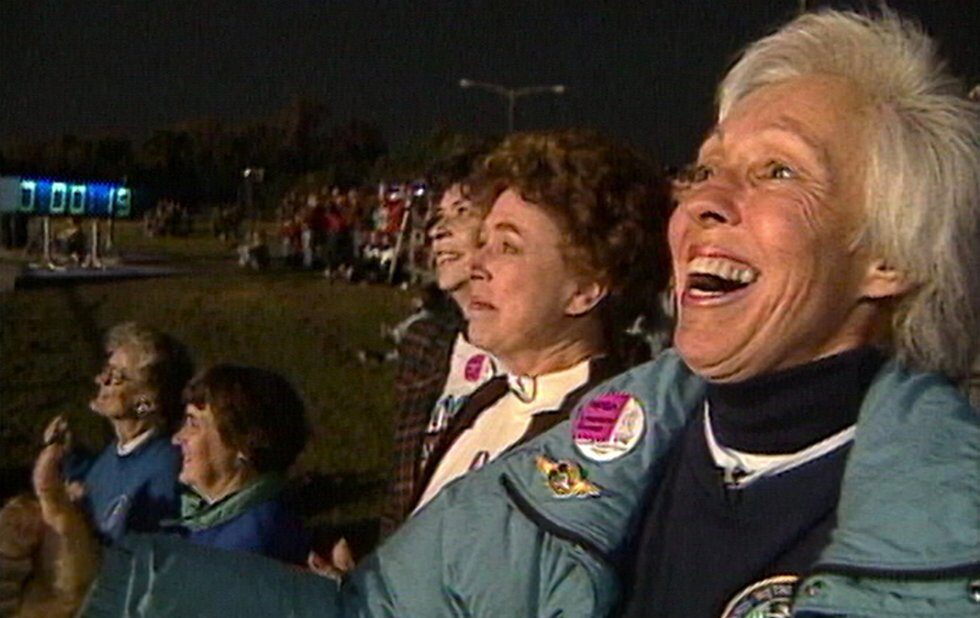 No question that theres something going on out there, what with #MeToo, #TimesUp and other forms of activism transforming the political landscape. Hot Docs is right on top of it, emphasizing womens stories and directors at this years fest. Here are some relevant pics to watch out for.

There are many films at Hot Docs in which women step out of their usual roles, but this one is especially effective. When a group of women in a Hasidic community in Brooklyn decides to start an all-woman emergency unit, they encounter resistance from within and without. Sometimes problematic ringleader Rachel Freier is riveting and so is her cause.

The bicycle continues to play a revolutionary role in this study of a female cycling group in Bamiyan, where its illegal for women to ride bikes. Defy the law and you can be imprisoned, even killed. That isnt stopping them from seeking their independence through cycling, even imagining that they will compete nationally. Sarah Menzies contrasts their painful daily existence with the exhilaration of independently pedalling through the hills.

Watch sex workers be treated with uncommon respect in a justice system initiative that allows them to avoid prosecution and criminal records by participating in a counselling program. Stephanie Wang-Breal follows the judge, social workers and clients interacting in unique relationships.

Women chefs try to sustain their craft and their authority while changing the hierarchical culture in their kitchens. Maya Gallus tracks chefs with diverse interests and approaches, creating a fascinating journey through food land and revealing the joys and the challenges of their passionate pursuits.

U.S. astronauts are idolized like no other heroes. Many of those explorers could have been women long before Sally Ride soared into space in the 80s. Three decades earlier, scores of female pilots were tested and proved as able if not moreso than their male counterparts. Mercury 13 probes why these gifted aviators have been consigned to obscurity.

This portrait of Nadia Murad probes her pursuit of justice for her Yazidi people, victims of genocide in Iraq. The outspoken advocate has to deal with her own trauma including repeated sexual assaults under the relentless scrutiny of the media and her enemies. Speaking out has never been so challenging

As #MeToo deniers grumble about all those abusers who never got a fair trial, here comes the perfect pic to illustrate how the system fails rape victims. After she was assaulted on the York U campus, Mandi Gray attempts to attain justice only to confront institutions determined to thwart her. Be prepared to be outraged by the power of rape culture and the system that supports it.

Now that her mother has been released from an Israeli prison, young Palestinian Walaa wants to fulfill her dream of joining the Palestinian Security Force. But her lack of discipline and tendency to break rules means shes not exactly an ideal candidate, even apart from being female. Director Christy Garlands unprecedented access to the security force makes this a must-see.

When Ms Magazine hit the newsstands in the early 70s, it became a powerful for force for mainstreaming then feminist ideas considered ultra-radical at the time. Director Irene Lyszig compiles letters to the Ms. editors written decades ago and taps women from the same communities as the writers to read them aloud and comment on their relevance in the age of Trump.

Sometimes one activist can embody the entire decades-long history of a movement. Madonna Thunder Hawk, whose involvement in the American Indian Movement inspired her to found Women of All Red Nations, has been a key figurehead on the protest against the Dakota Pipeline at Standing Rock. A testament to resilence, passion and commitment.