We wouldnt be doing our duty as cultural gatekeepers if we didnt offer you a list of horror films (and. 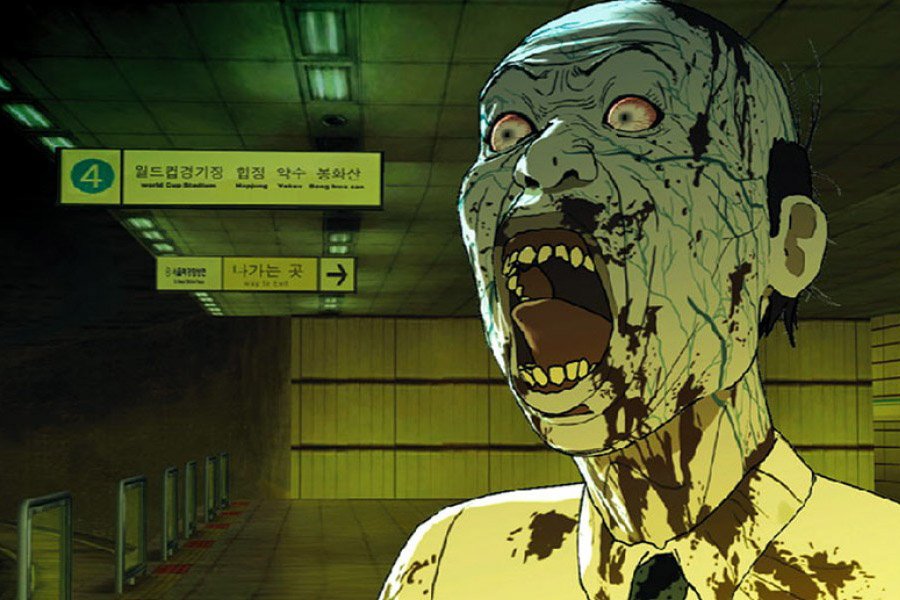 Betty Gabriel in Get Out

We wouldnt be doing our duty as cultural gatekeepers if we didnt offer you a list of horror films (and one television series) that will keep you up late into the night on October 31 or any other night, come to think of it.

People seemed to take a lot of pleasure crapping on Adam Wingard and Simon Barretts secretly produced sequel to The Blair Witch Project, in which the kid brother of the long-lost Heather Donahue mounts his own documentary mission into the woods outside Burkittsville. But theyre wrong: Blair Witch is pretty damn good, playfully deconstructing its source text while also reminding you how potent it was. Using advances in camera technology (earpiece cameras, drones, smartphones, etc.), Wingard and Barrett create a more sophisticated experience that expands the mythology of the series while still delivering the requisite jump scares and atmospheric tension. And James Allen McCune and Callie Hernandez commit fully to their terror.

Available on iTunes, Microsoft and PlayStation

Guillermo del Toros love letter to the Gothic romance genre starring Mia Wasikowska as a turn-of-the-century Buffalo naif spirited away by an English gentleman (Tom Hiddleston) to live with him and his weird sister (Jessica Chastain) in a haunted house is screening at the AGO next month, and thatll be a great place to see it. But its also a scary movie, and scary movies should be watched at Halloween so set it up on the largest screen you can find, pump the surround sound and let the swooning Technicolor nightmare wash over you. Its ever so creepy.

The best way to see Jordan Peeles Get Out is with an audience that has no idea whats coming. But if you missed it on the big screen, grab some friends, turn off the lights and dive into one of the best genre works in a very long time. Much as Edgar Wrights Shaun Of The Dead used a zombie apocalypse as the backdrop to a meditation on arrested development and emotional growth, Peele takes a standard horror premise a nice young man meets his girlfriends parents and finds himself trapped in an inescapable nightmare and rips it open to engage with its seething class and racial subtext. Whats happening in that nice suburban basement is just the latest expression of something a certain segment of America has been trying to do for centuries. And while Peele offers some comic relief, hes deadly serious about the story hes telling.

Available on iTunes, Microsoft and PlayStation

David Robert Mitchells high-concept nail-biter stars Maika Monroe as a college student whose new boyfriend infects her with a sexually transmitted demon that will stalk and kill her… unless she passes the curse along to someone else. Its a metaphor worthy of early Cronenberg, and the movie runs with it, building unnerving tension with long takes of mundane activity that arent interrupted so much as invaded by something walking into the frame. (Watch it with the lights off, please.) Writer/director Mitchell has thought his monster through to the last detail, teaching us the rules as we go and letting his characters be as smart as the menace they face. And Monroe is terrific in a complex role, moving from confusion to terror to steely resolve as she rallies herself to fight the almost-incomprehensible threat.

Rodney Aschers follow-up to Room 237 is another documentary about the tricks our minds play on us, this time exploring the phenomenon of sleep paralysis, that state of consciousness in which the mind wakes up before the body. Half a dozen subjects describe terrifying hallucinations and out-of-body experiences, which Ascher gleefully recreates in stylized re-enactments (and some downright sadistic soundtrack activity). Its compelling viewing, and disturbing as hell. And the scariest part? The condition appears to be communicable: once youve heard about sleep paralysis, it just might happen to you.

After a decade or so making movies for other people, English actor Alice Lowe who co-starred in and co-wrote Ben Wheatleys delightfully dark 2012 comedy Sightseers made her directorial debut with this jet-black comedy about a woman on a mission to murder seven people… at the urging of her unborn daughter. (Lowe made the film while heavily pregnant, which is both novel and entirely germane to the plot.) As in Sightseers, much of the humour comes from the sight of gruesome violence playing out in mundane British surroundings the befuddlement of her designated victims is also a great running gag, with The Witchs Kate Dickie and Game Of Thrones Gemma Whelan particular standouts. And underneath the laughs, theres a potent vein of body horror that never quite settles. Do check it out.

Available on Shudder and iTunes

Would you like to meet a ghost? Thats the question that lures unlucky web surfers to their doom in Kiyoshi Kurosawas exquisitely paced, deeply disquieting horror movie, which folded the free-floating technological anxiety of Y2K into the Japanese horror boom he helped start with 1998s brilliant Cure. (Id have included that film on this list as well, but as far as Im aware its not even available on disc in North America.) The tech may be woefully out of date, but Pulse still has the ability to freak you out. Just make sure you dont accidentally pull up the terrible American remake with Kristin Bell.

If youre a horror fan youve probably already seen Yeon Sang-hos amazing Korean zombie thriller Train To Busan and if you havent, scroll down a little. Seoul Station is Yeons lesser-known animated creeper, a study in viral horror in which the apocalypse rolls out slowly, methodically and almost unnoticed until its too late. Yeon uses the medium to lure the audience into dropping its guard: its a cartoon, how bad can it be? Pretty bad, as it turns out.

Canadian producer Aaron Martins homegrown horror series returns for its second season as a Netflix original. (The first season, a Scream riff subtitled The Executioner, is conveniently available for binging too.) For the new story, Martin assembles a new cast including Leslie Hope, Paula Brancati and Simu Liu for a Friday The 13th-adjacent tale of bloody revenge in which a group of people reunite at their old summer camp to bury a tragic secret once and for all. Assuming that tragic secret doesnt kill them first, of course.

Everybody has that one friend who claims not to get horror movies. (And if its you… well, why are you reading this?) Offer them this slippery little mash-up from Justin Benson and Aaron Moorhead, which functions simultaneously as a love story, and a coming-of-age tale, and a monster movie. Lou Taylor Pucci, of Thumbsucker and the Evil Dead remake, is an American in Italy who meets a striking young woman (Nadia Hilker) who is considerably more than she appears to be. Balancing a genuinely moving romance with some very grotty visual effects, Spring is a messy, messy treasure. Give it a chance to win you over.

Available on Shudder and PlayStation

Picking up exactly where his animated Seoul Station left off, Yeon Sang-hos live-action debut takes place almost entirely on a speeding train travelling from Seoul to Busan where a handful of passengers are trying to survive a zombie outbreak already in progress. Complications arise, panic escalates and things go terribly wrong in just the right way. If your Halloween party is feeling a little sluggish, throw this on in the background and wait for your guests to notice. It wont take long.

Na Hong-jins insidious creeper about a wildly unqualified cop (Kwak Do-won) in a small Korean village who finds himself up against a mysterious madness that sends ordinary people into violent fugue states remixes two decades of Asian horror cinema to come up with something new and ambitious. Barely released in North America after wowing critics last year at Cannes, it gets under your skin and stays there.

Simmering psychological horror doesnt get much more seductive than Robert Eggerss first feature, in which a pious family of settlers in 17th century New England becomes convinced that their run of bad luck is the result of witchcraft, turning on one another in an attempt to root out the malevolence in their household. The Witch plays like a tightening noose, ratcheting the tension up scene by scene while maintaining an uneasy ambiguity about the nature of the threat. Eggers locks us into his characters unforgiving world: Ralph Ineson and Kate Dickie are painfully believable as a God-fearing couple desperately trying to rationalize the inexplicable, and Anya Taylor-Joy is amazing as their terrified, all-too-innocent eldest daughter.