With great films like The Souvenir Part II, Judas And The Black Messiah and the new West Side Story, it almost felt like a normal year 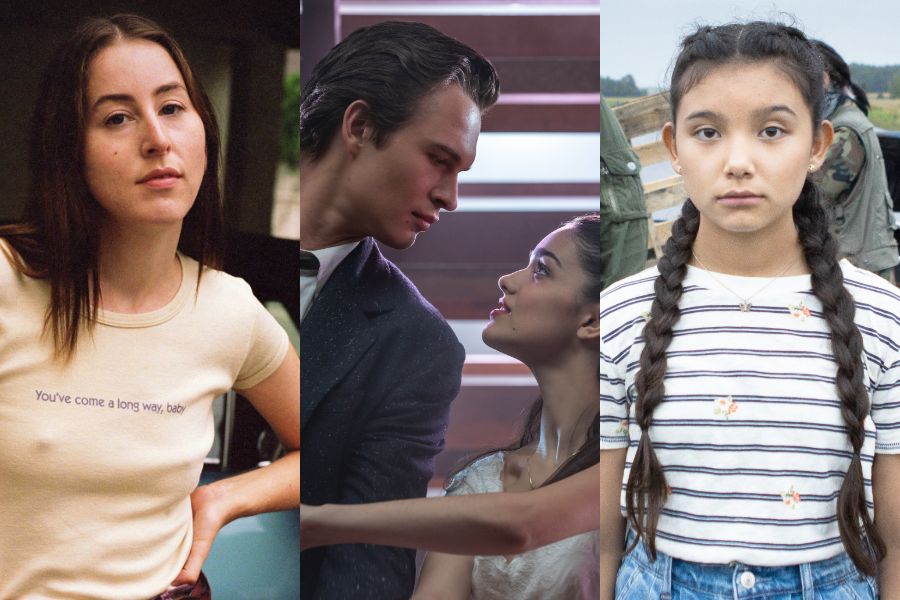 Licorice Pizza, West Side Story and Beans are some of 2021's best films.

It’s been really nice to go back to the movies. Almost a full year passed between my last theatrical screening of 2020 (Tenet) and my first of 2021 (The Green Knight), and it’s an experience I’d sorely missed. I’m back up to three or four screenings a week now – since it’s awards season and all – and I’m a lot less stressed about it than I thought I’d be. I mean, except for those two and a half hours I spent trapped with House Of Gucci, but that’s a different issue.

As moviegoing becomes normal again – with new things to complain about, like people wearing their masks improperly or the plague of projection issues at certain downtown venues – it’s been mostly a pleasure to reconnect with the little things I’d missed, like the blanket of silence that rolls through an auditorium as the lights go down, or noticing the smell of popcorn late in a morning screening as the concession stand gets ready for the afternoon.
It’s nice to notice that stuff; it feels like the world behaving as it’s supposed to.

Here are the best films I saw this year.

The Souvenir Part II was this year’s best movie

No other film moved me as much as Hogg’s follow-up to her autobiographical 2019 drama about a film student discovering her artistic perspective by surviving a toxic relationship. Part II finds Honor Swinton-Byrne’s Julie trying to turn the experience into art, and Hogg finds both the anxious tension in the work and the unexpected laughter that comes from the release of that tension. Personal, powerful, perfect.

King’s powerhouse first feature about the complicity of FBI informant William O’Neal (LaKeith Stanfield) in the 1969 murder of Chicago community organizer Fred Hampton (Oscar-winning Daniel Kaluuya) dares to collapse America’s past and present into one awful continuous moment, trusting us to make the connections and parallels between the Black Panthers and the Black Lives Matter movement half a century later – and to understand what was lost when Hampton was killed.

Any reservations I had about Spielberg’s adaptation of the Sondheim/Bernstein stage musical – and, by extension, Robert Wise and Jerome Robbins’s Oscar-winning 1961 film – were demolished in the first two minutes, which establish a new context for the story and an entirely different, cinematically charged vision. The rest of the picture delivers on that promise, making instant stars of Rachel Zegler and Ariana DeBose and offering yet another chance to celebrate Rita Moreno’s indefatigable screen presence.

At three hours, Hamaguchi’s adaptation of Haruki Murakami’s short story may seem imposing, but this deceptively placid study of the bond that forms between a widowed theatre star (Hidetoshi Nishijima) and his younger chauffeur (Tôko Miura) as she drives him around Hiroshima uses its running time to build a whole world out of their specific isolation, while also understanding that the world around them refuses to be blocked out.

Anderson’s shaggy-dog love story about a young woman (Alana Haim) pursued by a precocious teenager (Cooper Hoffman) in 1973 California lets the filmmaker recapture the pulsing energy of his breakout period, with a more mature perspective. It’s a coming-of-age movie steeped in the understanding that young people always feel like hostages to the adults around them.

Set about a quarter-century in the future, in a Canada under military occupation from a nation identified only as “the southern state,” Goulet’s knockout first feature situates a residential school allegory in an efficient and entirely convincing dystopia that might as well be happening right now. Her tale of Indigenous characters pulling their shattered culture back together and looking for a way forward is awfully relevant to the current moment… as is the simmering fury in Elle-Máijá Tailfeathers’s performance as a mother trying to rescue her daughter from colonization.

Named both best first feature and best Canadian film at the Canadian Screen Awards this year, Deer’s autobiographical breakout – built around a sensational performance from relative newcomer Kiawentiio – reframes the 1990 Oka Crisis through the eyes of a 12-year-old Mohawk kid, the better to make us feel the impact of the chaos and horror of that summer… and understand where it came from.

A loving homage to Hirokazu Kore-eda’s After Life that can stand proudly alongside that 1998 masterwork, Oda’s first feature – which stars Winston Duke as a man who interviews new souls to send the best candidate into the world – has the same curiosity about humanity, but an entirely different perspective. And Duke, the scene-stealer of Black Panther and Us, anchors the fantastical story with a moving minimalist performance. Don’t miss this.

9. Summer Of Soul (…Or, When The Revolution Could Not Be Televised) (Ahmir “Questlove” Thompson)

In his first feature documentary, Thompson collapses the multiple weekends of the 1969 Harlem Cultural Festival – which were videotaped by producer Hal Tulchin for a television broadcast that never happened – into two ecstatic hours. The film celebrates both the talent gathered there – including Mahalia Jackson, the Staple Singers, Stevie Wonder, Sly and the Family Stone and an electrifying Nina Simone (who premiered Young, Gifted And Black there) – and the largely Black audience who got to experience it. It’s pure joy.

Emotional mayhem rarely looks this good. Ducournau’s Palme d’Or-winning tale of sex, cars, murder, identity and belonging is one of the year’s wildest rides, with Agathe Rousselle’s unreadable Alexia crashing over and over again into Vincent Lindon’s wide-open firefighter Vincent, their separate narratives entangling to produce something undefinable but entirely compelling.