Three Billboards Outside Ebbing, Missouri, Big Little Lies and The Handmaid's Tale took the top prizes, but it was Oprah Winfrey who shocked the 75th annual awards to life 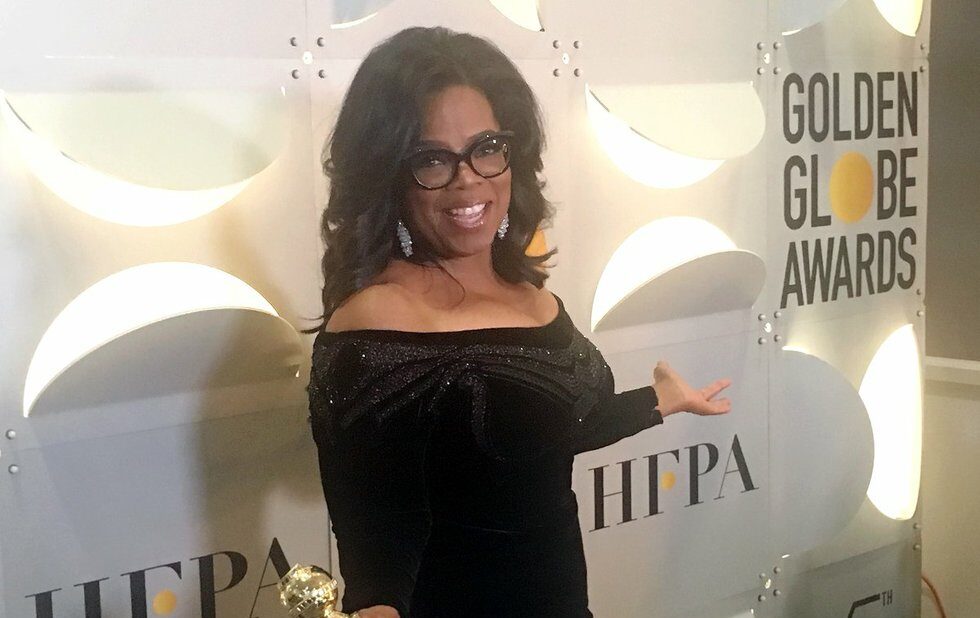 Martin McDonagh’s Three Billboards Outside Ebbing, Missouri, the dystopian TV series The Handmaid’s Tale and HBO’s literary miniseries Big Little Lies came away with the most awards at the 75th annual Golden Globes Sunday night, and the Time’s Up campaign to stand against sexual harassment in the entertainment industry and beyond was a constant reference point … but the biggest story of the night was Oprah Winfrey.

Winfrey, this year’s recipient of the Hollywood Foreign Press Association’s Cecil B. DeMille award for outstanding contributions to the world of entertainment, accepted the honour with a compelling, wide-ranging speech that started with her experience as a little girl watching Sidney Poitier win an award on TV and ended with a global call to action.

“For too long, women have not been heard or believed if they dared speak the truth to the power of those men,” Winfrey said, referring to the men – most often white and wealthy – who’ve historically abused their positions to demean, harass and assault the women who work under them. “But their time is up.”

Cold text doesn’t do justice to her delivery of those words, which came as the climax to a nine-minute speech that was immediately hailed as electrifying, powerful and potentially Presidential. (I have no doubt Donald Trump will spit out something on Twitter about it by noon on Monday.) But whether or not Winfrey is considering a run in 2020 is irrelevant last night, she was the hero the Golden Globes needed: eloquent, rueful but ultimately willing to build the future rather than burn it all down.

And the Globes needed a hero. Seth Meyers spent the night with a frozen smile pasted across his face, aware on some level that any man would be the wrong man to preside over an evening of silent and not-so-silent protests, but going through with the gig anyway while some presenters went straight to the awards, without the cheesy banter that’s become an awkward staple of these nights, others made sure to point out imbalances and historical slights. It made for an evening of unexpected clarity.

Ron Howard laughed awkwardly as co-presenter Natalie Portman noted that the best director category was composed of five male nominees – and given that Greta Gerwig’s Lady Bird won best comedy or musical that night, with Saoirse Ronan named best actress in that same category, she had a point. (The director prize went to Guillermo Del Toro for The Shape Of Water, who gave an emotional speech that was only derailed a couple of times by the orchestra trying to play him off.)

As the evening went on, and Three Billboards gathered its best picture momentum with wins for supporting actor Sam Rockwell, McDonagh’s screenplay and star Frances McDormand (best actress, drama), another theme became evident: men weren’t talking too much about the Time’s Up movement and the sea change in the entertainment industry, showing quiet support by wearing Time’s Up buttons on their lapels – but women were speaking up, and speaking out.

Literally everyone who won an award for top limited series Big Little Lies – scripted and directed by men, but a profoundly female-driven project that paid off in acting prizes for Nicole Kidman, Laura Dern and Alexander Skarsgard, and nominations for Reese Witherspoon and Shailene Woodley – made a point of discussing the gender dynamics, friendships and partnerships that led to the realization of the HBO miniseries. And Elisabeth Moss, named best actress in a drama for The Handmaid’s Tale (which also won best dramatic series), quoted Margaret Atwood at length before thanking the author, and the women who came before and after her.

By contrast, James Franco – named best actor in a comedy or musical for The Disaster Artist – named a couple of dozen people in his acceptance speech and mentioned only one woman, his mother. (Specifically, he thanked her for giving birth to his brother Dave, with whom he co-stars in the movie.)

I don’t mean to pick on Franco he’s terrific in his movie and deserves any award he gets. But this was also an opportunity to say something about the state of his industry to an audience of millions, and he didn’t take it. Nor did Aziz Ansari, who won the same prize in the TV category for Master Of None nor did Gary Oldman, named best actor in a drama for Darkest Hour. They didn’t have to. But they could have.

And that’s the strangest thing of all about this year’s Golden Globes, an awards ceremony largely dismissed by anyone except rabid industry-watchers and people who like to watch movie stars get drunk over a long, self-congratulatory night.

This year, every moment meant something. Oprah spoke powerful truth. The HFPA announced two million-dollar grants – one to the International Consortium Of Investigative Journalists and another to the Committee To Protect Journalists. This year, the Golden Globes mattered, and that was more surprising than any of the awards.

Except maybe for The Marvelous Mrs. Maisel winning best TV comedy. Who saw that one coming?