Hot Docs 2019: Ai Weiwei revisits the refugee state of mind in The Rest

In his latest documentary, the Chinese artist and activist captures the political and psychological warfare that's being waged on refugees seeking safety in Europe 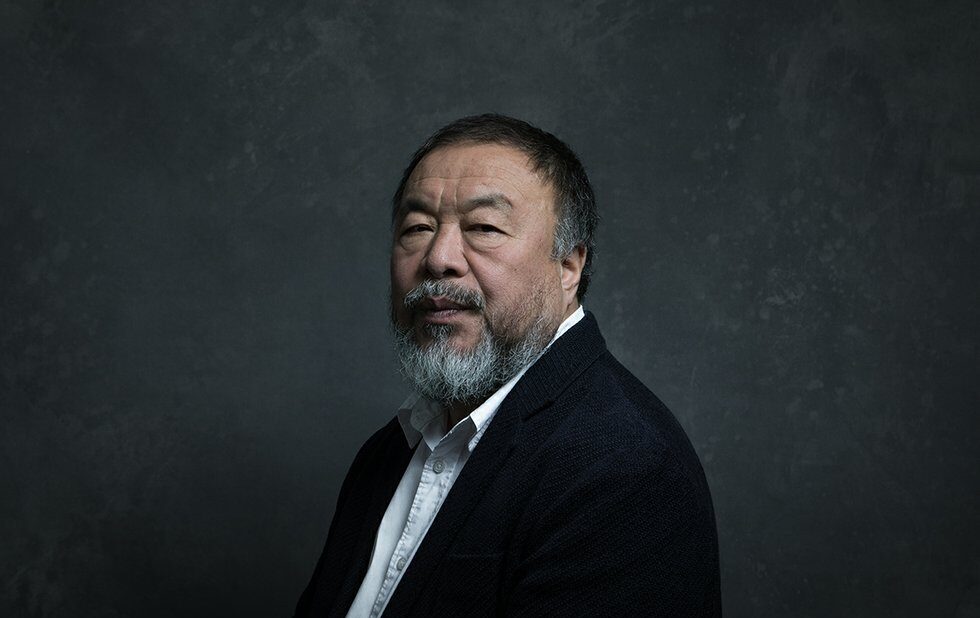 In 2017, the prodigious and prolific Chinese artist and activist Ai Weiwei released Human Flow, an expansive and urgent look at the migrant crises taking place across the globe. His follow-up film, The Rest revisits that theme but on a more individual and intimate scale by tracking the journeys of refugees from Syria, Sudan, Iraq and elsewhere as they flee violence in their homelands and seek safety in Europe.

Displacement is a recurring theme in his art and life. The dissident artist – also the subject of an exhibition at the Gardiner Museum running till June 9 – spent over four years under house arrest in China before he was allowed to leave the country in July 2015.

The film presents an unsparing look at the hostile terrains that the asylum seekers have to navigate – both natural and political. Loss, anger, desperation and longing are all captured in a documentary that features little to no commentary from the filmmaker, who is now based in Germany.  As he told NOW during an interview a day before the film’s screening at Hot Docs, “Nobody can speak for them, except themselves.”

Why did you do this film now?

I had a chance to leave China in 2015 after years of detention. I went to the Greek island of Lesbos to see how the refugees come to Europe. That started Human Flow, and we went to many nations and locations [to film it]. After that, we felt Human Flow doesn’t really give enough exposure to what had been filmed during one year – about a hundred hours of footage. So we decided to edit another piece related personally to refugees themselves. There are no experts in the film – this is just about the refugees: when they arrive in Europe, what their lives are like, how they are being treated.

How did you gain the trust of your subjects?

Every time you turn on the camera, you go through many struggles. It’s not just permissions, but also about how you identify with [the people] as subjects. It’s always a challenge. In my case, I feel like I’m part of them. I feel they’re part of me. There is no identity crisis there. I just have to let them speak out about their conditions. They were accepting and received me very well.

How did you approach the violent scenes while also being conscious about preserving the dignity of the people on screen?

You always have to decide on what material can dignify and reflect the subject matter. One receives so many news clips about shocking moments or bloody violence, which I’m not very interested in. I am more interested in the ordinary human reactions to the situation, right or wrong: why [their struggles] can’t be understood or why the German [immigration officer] is impatient with the refugee children crying and asking the parents to hold their mouths. Those details are small, but it’s shocking for me, even more than seeing the bombing of their homes. They are leaving such [violent] conditions and are so desperate that they sew their mouths together and symbolically seal themselves for hunger strike. I don’t [see the need] to show them using the pins to sew their mouths together. Those things are pretty dark and ugly, but they are ordinary people. Why put them in that kind of condition?

It’s been almost four years since the image of Alan Kurdi’s dead body on the beach spread around the world. I believe you were in Greece at the time and even reenacted the tragic scene. At the time, in Canada, we were going through a federal election. The image of  Kurdi became a campaign point. Justin Trudeau was campaigning for prime minister and when this image came out, he challenged the Conservative Prime Minister Stephen Harper by telling us that we need to receive more Syrian refugees. He famously said: “You don’t get to suddenly discover compassion in the middle of an election campaign. You either have it or you don’t.” The reason I bring this up is that we are currently going through another federal election and the Liberal government, under Trudeau, is making it harder for asylum seekers in Canada. We have a law called the Safe Third Country Agreement which states that if someone sought asylum in a country like the U.S., then they can’t seek asylum in Canada. As refugees, and I arrived in Canada as a refugee myself, I feel like our lives are dependent on which way these political winds blow. A recent poll said 40 per cent of Canadians believe that there are too many non-white immigrants in Canada. What do you think about that?

Well, we didn’t show this kind of anti-immigration sentiment as much [in the film]. We didn’t want to give too much voice to it because I think they are on the wrong side. I mean, it’s not even arguable. Canadian or European, it’s not always “white people’s” land. They also come from somewhere. So for anybody to decide, “Okay, we have enough, we cannot accept more people” is a wrong argument. They also know it. Politicians use these arguments to gain some kind of advantage, but it’s wrong. It’s totally wrong. It’s not even arguable.

In Germany, refugees were being beaten and their rights were being violated all the time. In Greece, refugees are committing suicide or they just suddenly die during sleep. You can see how this kind of psychological warfare is so harmful for the people who are trying to seek peace [and safety]. And they are not being accepted. They become transparent. You see them but at the same time, they are non-existent. That kind of feeling is sometimes even worse than war itself. In wartime, you know who your enemies are. Here, you don’t know who your enemies and friends are. Many pretend they are nice or friendly, but they’re not. In their hearts, they are enemies. They are not trying to protect you or help you, but rather, they think you are a danger to their lives, which is absolutely ridiculous.

Recently, a young Syrian girl took her own life in Calgary. She came to Canada as a refugee and was getting bullied at school.

Think about a refugee having to go through so much to come to a land and then they commit suicide. Just think about that. It’s a failure of the whole, so-called civilized society. When people don’t recognize [that suffering], it’s a total corruption of the idea of human rights and dignity. This film is trying to bring this kind of attention to our society. We are all one. This is not “their” problem. It is your problem too.

When I was young – I grew up in Kathmandu, Nepal – my father would sometimes take me to refugee camps where Tibetans who had crossed the Himalayan mountains from Tibet into Nepal had just arrived. Many of them had frostbite, were missing fingers and toes. I remember those physical details clearly but also this sense of blankness. There’s a sense of having passed through this incredibly challenging physical, mental and emotional experience. And then once you arrive – whether it’s Nepal, Germany or Canada – there is a blankness that stays with you for however many years. I felt that for myself too. I also sense that from the migrants in the film. I was interested to know whether you were seeking a sense of hope in these stories?

I think if someone lost their [sense of place] or their land, there’s so much more than just sadness. A human survivor goes through very complicated mental stages. The air, the light, the sound, the things you can relate to… once that’s cut off I think it’s almost like a part of your body is dead – what you call the blankness. And to re-establish that sometimes takes two to three generations. The average refugee around the world stays as a refugee for 25 years and many of them never even get [refugee] status. People will not recognize them as refugees. It’s totally a disposal of human society.

A constant theme in The Rest is how people, even after they’ve fled violent situations, have a desire to go back home.

Refugees, even third generation, still show me the keys of their original homes. You want to cry because the home, the streets and the cities have disappeared. But they still hold that key, because they have the belief [and longing] that’s stronger than anything. But most beliefs, they vanish eventually. Life passes away. It’s why you see someone like the Dalai Lama who is over 80 and still cannot reach a very simple [goal]: he should come back to his land. But, the whole world is watching and nobody even [advocates] for that. Politicians are even wary to see him. So then, you see, when we talk about social justice or fairness, they are almost empty words.

Do you have a desire to go home? What does home mean for you?

Home is something very small: it’s a little street or maybe a tree or some kind of smell or  temperature. I’m always used to being pushed around, so I don’t have any land that I can call home. I don’t know if that’s an unfortunate thing, but that’s my condition.