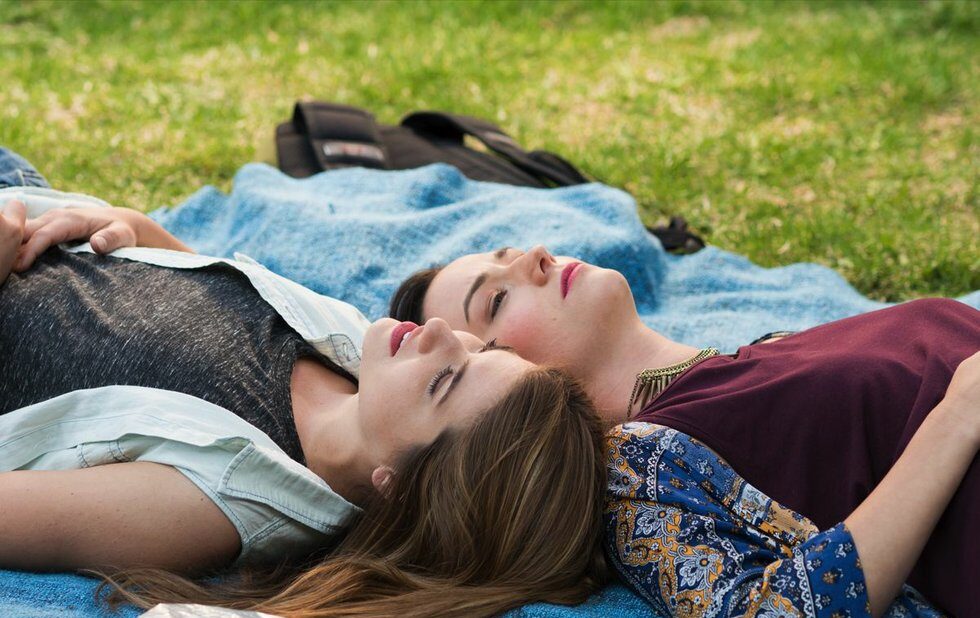 ALMOST ADULTS directed by Sarah Rotella, written by Adrianna DiLonardo, with Natasha Negovanlis and Elise Bauman. 90 minutes. Available across all VOD and On Demand platforms on Tuesday (February 7).

Great friendships can be awfully productive.

Take the connection between Sarah Rotella and Adrianna Di Lonardo, director and writer of Almost Adults. The two Niagara Falls-born filmmakers became friends in high school and by their mid-20s had already become the darlings of the online lesbian community via their very funny Gay Women’s Channel on YouTube.

Now, thanks to a wildly successful Kickstarter campaign, they’ve successfully met their goal of completing a feature film before the age of 30. Almost Adults, which screened at last year’s Inside Out Festival in Toronto, is set to hit VOD platforms this Tuesday (February 7).

Friendship is at the centre of the comedy, as besties straight Cassie (Natasha Negovanlis) and lesbian Mackenzie (Elise Bauman) try to stay close while going through major life changes.

Rotella credits the friendship between her two stars as essential to making the characters’ relationship believable.

“Elise and Natasha had had a working relationship and been friends for years,” she says at a weirdly quiet Fox and Fiddle. “When they came in to read, their relationship was so obvious. It just seemed like a great idea to build on that relationship rather than start with people who didn’t know each other and have to work from the ground up.”

Rotella and DiLonardo are unusual not only because they’re one of the first teams to produce a queer YouTube series with such success – we’re talking over 97 million views. They also said no to a theatrical deal with their distributor, Gravitas. 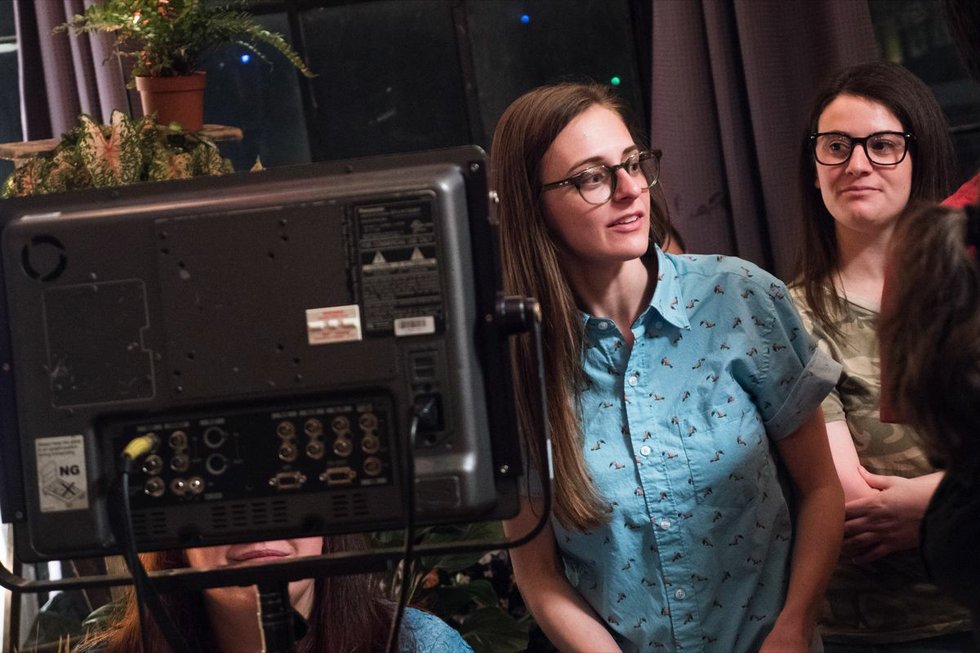 Sarah Rotella (left) and Adrianna DiLonardo funded Almost Adults by tapping their fan base for the Gay Women’s Channel in a Kickstarter campaign.

That’s because they wanted to stay true to the online audience who juiced the Kickstarter campaign, which raised $120,00 for their feature way faster than they ever dreamed.

“We had never asked our fans or subscribers for anything,” says DiLonardo. “We set our goal at $40,000 and thought we’d get maybe $30,000 – forty was pushing it. But then when we got half our goal in just a few days, we were overwhelmed. The LGBT community is so supportive, and they want to see more representation on TV and in culture in general.”

Go with what your audience knows, adds Rotella.

“The audience we have are millennials, they’re internet-savvy, they live on those platforms, and the demographic for the movie is that young audience. VOD was a better fit.

“Netflix is our dream,” adds DiLonardo. “We want to extend our audience rather than make money.”

Like our cover boys Jay McCarrol and Matt Johnson (Nirvanna The Band The Show), the duo were also excited to shoot in T.O.

“So many TV shows are shot in Toronto, and it’s playing a different city,” grumbles DiLonardo. “Toronto is a beautiful city and a great city for LGBT culture. I really wanted the film to be shot here.”

But unlike a lot of queer filmmakers who don’t like to be “labelled”  or who wait for a mainstream opportunity, they were excited about premiering Almost Adults at the LGBTQ Inside Out Festival.

“The movie’s set here, and the [mostly female crew] is from here so they could be at the screening,” says Rotella. “And at a lot of the festivals it played, 80 per cent of the audience came to the festival for the first time.”

“I love queer festivals,” DiLonardo chimes in. “Every single movie has a queer theme or something I can relate to, and I like watching gay movies with gay people because they’ll laugh at things that straight audiences won’t. The queer audience laughed at everything. You just have to say ‘The L Word’ and people howl.”