At a gala reception at Revival earlier this week, the TIFF group announced this year's Canada's Top Ten. (The selected. 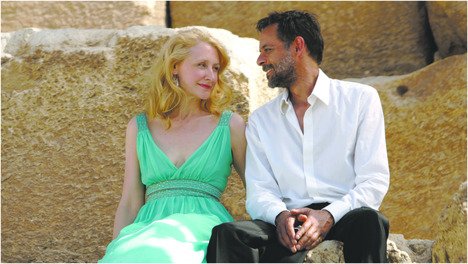 You can still visit Cairo Time at the Fox this week.

At a gala reception at Revival earlier this week, the TIFF group announced this year’s Canada’s Top Ten. (The selected shorts and features will screen at TIFF Cinematheque in January.)

Full disclosure: I was on the feature film panel.

In addition to the films I saw as part of my regular beat, I watched several dozen documentaries, comedies, dramas and thrillers to build my ballot of 10 contenders. We all worked in isolation I didn’t even know who my fellow jurors were until the big announcement Monday evening.

The results of our efforts form an interesting snapshot of the state of Canadian cinema during the calendar year 2009 – teetering between the safety of mainstream entertainment and the thrill of artistic independence.

Cairo Time (which you can see at the Fox this week), Defendor, Passenger Side and The Trotsky all fall into the former category, working in recognizable genres in hopes of attracting audiences. The Wild Hunt could almost fit in there, too, but it’s a much trickier construction.

Denis Villeneuve’s Polytechnique, Denis Cote’s Carcasses and Xavier Dolan’s J’ai Tue Ma Mere are the more daring films, tackling contentious subjects and exploring thorny emotional territory in the pure language of cinema. And Bernard Emond’s La Donation makes a show of doing that, too, but in rather a more calculated way.

Oh, and Sherry White’s miserable East Coast dramedy Crackie made it onto the list as well. I’m still waiting for someone to explain that.

Out In That Deep Blue Sea (Kazik Radwanski)

Public screenings with introductions and Q&A sessions with filmmakers and panels take place January 14 to 21. topten.ca.