The first reactions to DC's holiday superhero movie are predictably encouraging... but they're also curated by the studio to be that way, so who can we trust? 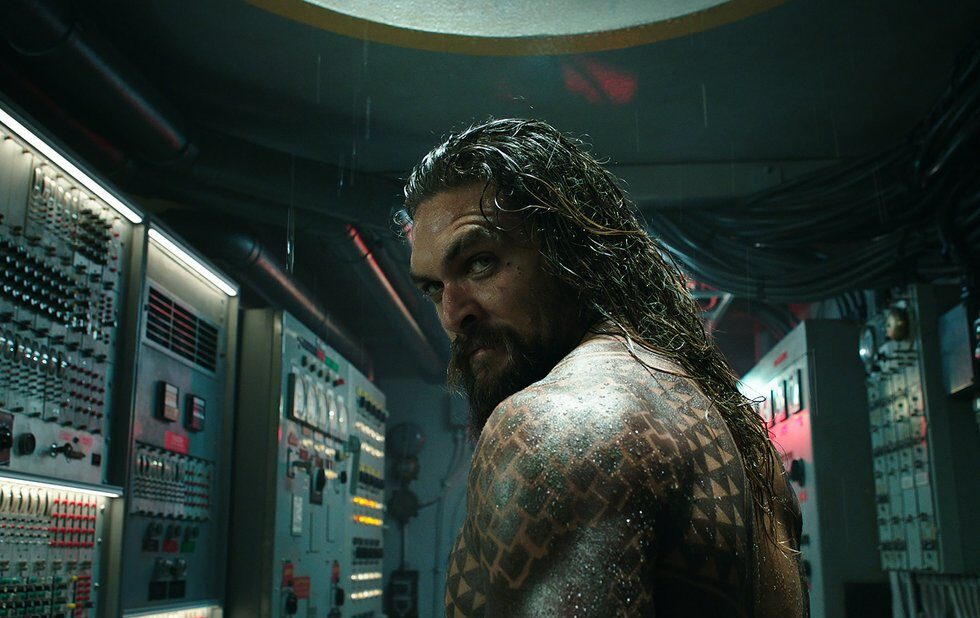 The first reactions to James Wan’s Aquaman movie trickled onto Twitter over the weekend, and they were pretty positive. That’s good news for Warner Bros. and its ambitious, increasingly expensive attempt to build a DC Comics cinematic universe to rival Marvel and Disney’s blockbuster factory. But it’s also a little suspect.

See, the stakes couldn’t be higher for Aquaman, which is the first DC movie to arrive in over a year – since the release of last fall’s messy, ugly Justice League, which failed to build on the positivity generated by Patty Jenkins’s Wonder Woman just a few months earlier. And there’s a lot more riding on Wan’s movie than its estimated $160 million budget.

With the Flash movie on hold, Henry Cavill out as Superman and Ben Affleck’s return as Batman in question, the Aquaman movie could be the last chance for the DC project as we know it. (Jenkins’s Wonder Woman sequel is a stand-alone adventure set in 1984, well before Gal Gadot’s Diana encounters any of her future super-friends.) So Warner put Aquaman in front of an audience the studio could presume to be friendly: writers from genre and geek-culture sites who’ve been breathlessly covering every casting announcement, set photo and trailer drop. The tweets that rolled out once the review embargo was up were, shall we say, of a certain tenor, throwing around words like “fun” and “wild” and lots of exclamation points.

Not invited, as far as I’ve been able to determine, was anyone from Variety or the Hollywood Reporter – the baseline for industry coverage – or critics from more mainstream publications like the New York Times – who might have enjoyed the movie just as much as the genre writers, mind you, but who would likely have expressed their opinions with fewer emojis.

The lack of legacy-media outlets skews the reaction towards the nerdy, and this forces us to dig deeper and find out which of these writers is, well, reliable. To quote an earlier incarnation of a certain DC character: “Hubba hubba hubba, money money money, who do you trust?” Because that’s really what it boils down to, isn’t it?

When this sort of thing happens, you go with writers who’ve demonstrated a point of view that’s more complex than OMG SWIMMY MAN MOVIE LOOKS AWESOME, which I’ll admit is an occupational hazard in jobs like this.

I tend to trust io9’s Germain Lussier and SyfyWire’s Carly Lane, whose geek credentials are ironclad but who are also capable of stepping back from the hype and analyzing a given movie or television show with clearer eyes than some. And okay, Lussier ended his tweet with an all-caps “YEEEAAHH!” but I think he was being slightly ironic.

Filmmaker and Final Space staff writer Ben Mekler pre-emptively had the best take on the whole situation, rolling out a series of tweets – complete with enthusiastic hashtag – that raved about an Aquaman movie that exists only in his head, unless Wan’s film really does include “spellbinding musical numbers in which Aquaman wears clams as tap shoes.” The prank got even funnier when several news stories mistook Mekler’s tweets for legitimate coverage, and funnier still once Wan himself retweeted them with a straight face.

Honestly, that gives me hope more than anything if the DC project can break itself out of Zack Snyder’s oppressive aesthetic, it’s going to need to find its sense of humour. And if the Aquaman movie can’t laugh at itself – or at the idea of its hero tap-dancing with clam shoes, which is something Jason Momoa would undoubtedly be up for – what’s even the point?

Aquaman opens on December 19. The Toronto press screening has yet to be scheduled.