As the awards season heats up and critics' groups start delivering their verdicts on the year in cinema, the Toronto. 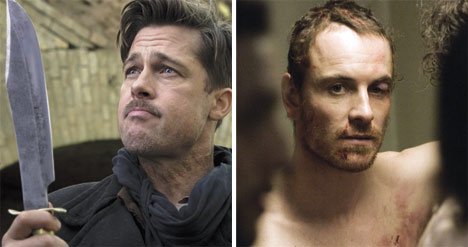 As the awards season heats up and critics’ groups start delivering their verdicts on the year in cinema, the Toronto Film Critics Association stands out from the crowd this week. (Full disclosure: I’m not only a member of the TFCA, but also the current vice-president and secretary.)

While the National Board of Review has named Clint Eastwood’s Invictus its best picture, and New York, Los Angeles and Boston are lining up behind Kathryn Bigelow’s The Hurt Locker, the TFCA has produced the first best-picture tie in the organization’s 13-year history.

Steve McQueen’s Hunger and Quentin Tarantino’s Inglourious Basterds share the top award, with The Hurt Locker landing in the runner-up slot. (Hunger was also named best first feature.) But Bigelow wound up winning the best-director prize, with McQueen and Tarantino as runners-up – which should give you a sense of how tight the voting was in all categories.

The TFCA also announced its finalists for the Rogers Best Canadian Feature Award, which carries a cash prize of $10,000: Benoit Pilon’s The Necessities Of Life, Denis Villeneuve’s Polytechnique and Bruce McDonald’s Pontypool. The winner will be named at the association’s awards dinner next month, along with the first winner of the $5,000 Jay Scott Award for emerging talent.

Quentin Tarantino (Inglourious Basterds) and Jason Reitman and Sheldon Turner (Up In The Air) runner-up: Joel and Ethan Coen (A Serious Man)

The Cove runners-up: Anvil! The Story Of Anvil The Beaches of Agnes