After judge Jeffrey Bowyer-Chapman deleted his Twitter, contestants and the streaming service are asking fans to back off 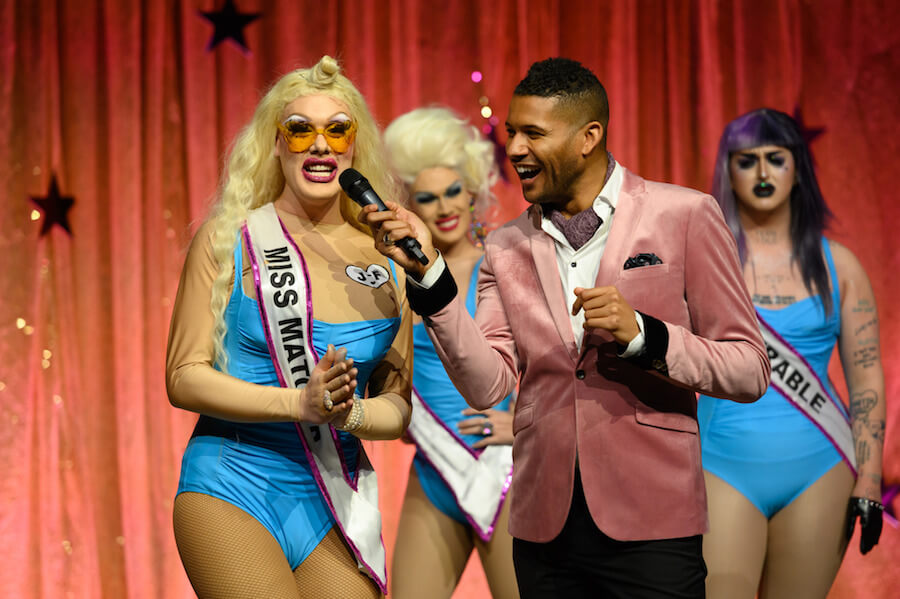 The show’s judging has come under scrutiny since the Canadian version of RuPaul’s Drag Race began airing on Bell Media-owned streaming service Crave on July 2. Bowyer-Chapman in particular has become a polarizing figure among viewers.

One of three judges alongside Brooke Lynn Hytes and Stacey McKenzie, Bowyer-Chapman is best known for his supporting role on the Lifetime series UnREAL. He’s also appeared as a judge on RuPaul’s Drag Race.

In YouTube videos and tweets, fans have labelled the judging “rude,” “annoying” and “mean.” There’s also a Change.org petition with more than 2,100 signatures demanding Bowyer-Chapman be removed from the series.

In a statement, Crave said that fan comments about the judges and contestants has crossed the line into “harassment.”

“The popularity of Canada’s Drag Race speaks volumes to the immense talent of our queens and phenomenal judges, and we couldn’t be more proud of them. Available in more than 160 countries around the world, Canada’s Drag Race has an international fan base, and it’s unfortunate that some of those fans have let their passion cross the boundary into harassment by posting hateful comments about our queens and judges online,” the statement reads.

“There is no place for hate in the Canada’s Drag Race community, or anywhere,” the statement continues. “Our show encourages inclusivity and acceptance of all people, and we hope that viewers who haven’t shared in that spirit, will respect that message.”

On Sunday, a Canadian contestant from the UK version of Drag Race accused fans of being extra harsh on Bowyer-Chapman because he’s a Black man.

“So the black queer judge on Canada’s Drag Race gets bullied off twitter. Ya’ll happy?” Crystal wrote. “The main arguments I’ve seen are accusations of ‘inauthenticity’ (as if YOU know what’s authentic for him), and bad critiques (but none of the other judges are getting that half as hard).”

“It’s a pile on. And it’s racist,” Crystal added. “Search his name and just look at the endless endless nasty tweets. It’s so depressing.”

The queens defend the judges

In an interview with NOW before the show began airing, the judges hinted that Bowyer-Chapman was the toughest of the three.

The show’s judging became a water-cooler topic from episode one when contestant Juice Boxx had a panic attack during the critiques. The runway judging was paused as a producer came out with water and a blanket.

In weekly interviews with eliminated contestants, the queens have started asking fans to go easy on the judges and other contestants.

“The judges are asked to critique us and are asked to better us. Part of their job is to break down every little thing about every girl,” Lemon told NOW last week. “At the end of the day, I signed myself up to get critiqued. I can’t be upset about any of it. I was able to share my piece and that’s all I can do.”

In one instance, fans accused the judges of body shaming. Clips of Bowyer-Chapman and Hytes critiquing Ilona Verley for not putting foundation on their exposed butt cheeks went viral, prompting Hytes to post a response on social media.

Vancouver-based Verley, a makeup artist who has worked in the screen industry, took the feedback in stride.

“It’s a valid critique that, in film, you’re supposed to use foundation and even everything out when there is skin showing,” Verley told NOW. “So when they said that, I was definitely like, ‘fair.'”

Verley did note that that context wasn’t immediately evident when watching the episode back.

“Seeing the reaction afterwards really opened my eyes to the importance of that conversation that does need to be had that when there are young, impressionable kids watching the show,” they added. “They’re not going to know how the film industry works. They’re just seeing this being said and thinking, do I have to foundation my ass?”

to be completely honest I really didn’t care about the comments made by @Bhytes1 & @JeffreyBChapman on last nights episode & while you the fans are going to have your opinions please know like me they are people with feelings too!

Others have noted that the judges do not have the decades of experience in the entertainment industry like RuPaul, and are being tough in order to establish their authority.

“I wonder if maybe the judges felt like they had to be a little bit extra harsh to establish themselves and show people they’re serious,” another contestant, Kyne, told NOW, in July. “It definitely made me feel defeated because I applied all my critiques, I never talked back to them, I was more humble, I worked on my walk. I did everything they wanted in the challenge and for them to not even give me any positive [feedback], it felt like, how am I supposed to believe that they want me to succeed?”

The judging has also been a hot topic internationally. UK pop culture site Digital Spy wrote that “the more extreme critiques” have made for “uncomfortable viewing.”

On the podcast The RearView, Heart noted that Drag Race is a business that preps queen for entertainment careers, so detailed critiques should be expected. Heart also called out racist behaviour in the fandom.

“They have a problem that he is a Black man in power talking to white queens,” Heart said.

“Jeffrey’s queer. We don’t know who’s in his life,” she added. “We don’t know what drag queens or whatever [are in his life] so we just assume he’s just some gay man that started wearing eye shadow and all of a sudden he has an opinion. Well, then we can say that to the fans who say horrible, trashy-ass shit to us on a regular basis.”