The best film festivals happening in Toronto in November 2019

TIFF may be over, but there's a film festival screening practically each day this month, offering everything from the new Dardenne brothers film to a gala tribute to Mina Shum 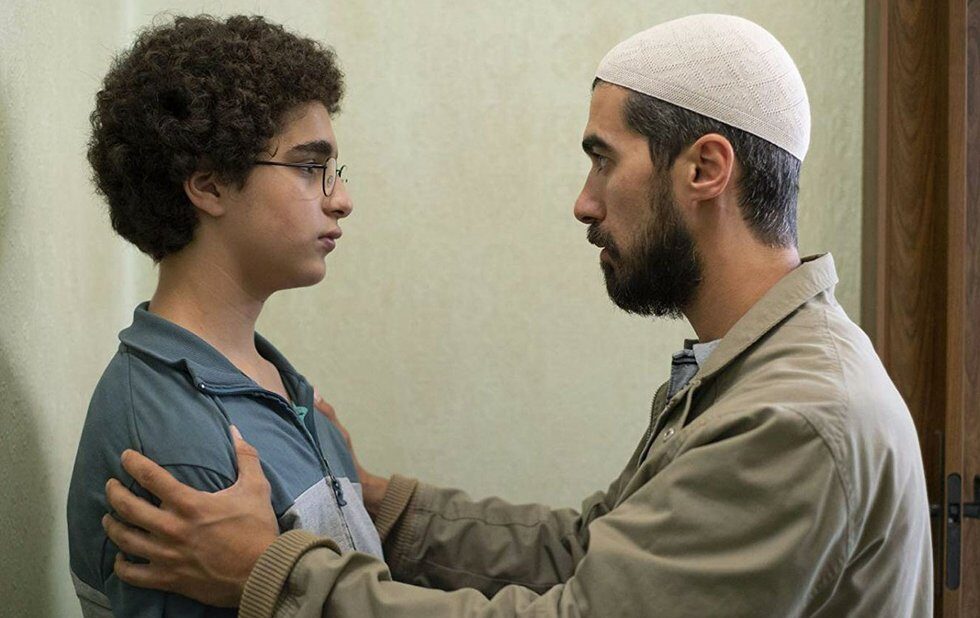 There are film festivals underway in Toronto for 29 out of the 30 days of November. Here’s a guide to what’s happening where and when, with a few suggestions for each festival. Good luck, everyone.

What to see: In its 19th edition, the festival – which dedicates itself to exploring “the cultural mosaic of the present world” – has scored itself a proper coup with the Toronto premiere of Young Ahmed (November 2, 7 pm), the new feature from revered Belgian filmmakers Jean-Pierre and Luc Dardenne starring Idir Ben Addi as a teenager drawn toward violent fundamentalism. Also playing: Ena Sendijarevic’s first feature Take Me Somewhere Nice (November 2, 5 pm), with Sara Luna Zoric as a Danish teen who travels to Bosnia to meet the family she’s never known and Palestinian director Elia Suleiman’s latest self-referential comedy It Must Be Heaven (November 3, 6 pm).

What to see: Jan Komasa’s Corpus Christi (November 8, 9 pm repeats November 9, 6:30 pm), starring Bartosz Bielenia as a young offender determined to become a priest, has been racking up strong reviews on the festival circuit (including Venice and TIFF), and if you missed Jacek Borcuch’s knotty character study Dolce Fine Giornata during its theatrical run last month, it’s screening November 6 at 6 pm. 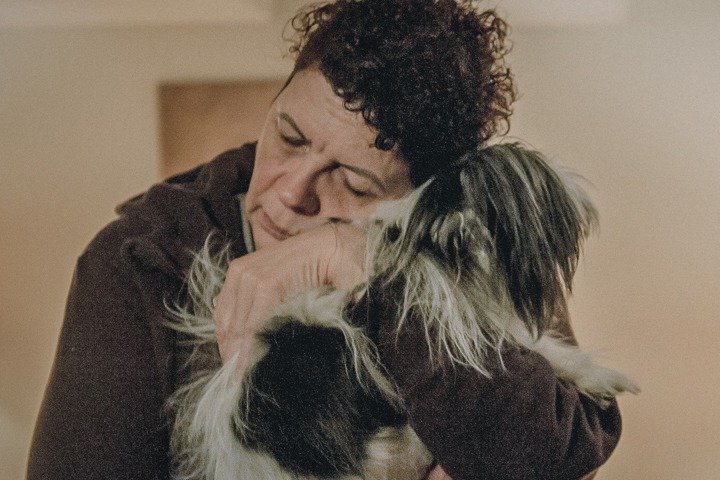 What to see: The 17th annual celebration of features, shorts and documentaries directed by women has named director Mina Shum this year’s Best In The Biz honouree – a fine choice, since this is the 25th anniversary of Shum’s Double Happiness, a delightful comedy-drama that also gave Sandra Oh her first leading role. She’ll be feted at a free tribute gala (November 7, 4 pm) before things get more serious with the festival opener, Heather Young’s devastating East Coast drama Murmur (November 7, 8 pm). Also fairly serious: Dominique Cardona and Laurie Colbert’s Catch And Release (November 9, 1 pm), an adaptation of Jane Martin’s play Keely And Du about a pregnant woman (Laurence Leboeuf) held captive on a remote island by an anti-abortionist crusader (Nancy Palk). If you’re looking for something looser, check out Sexy Shorts (November 8, 5:15 pm) or Late Night Thrills And Chills (November 8, 11 pm). There’s always something fun in those programs. 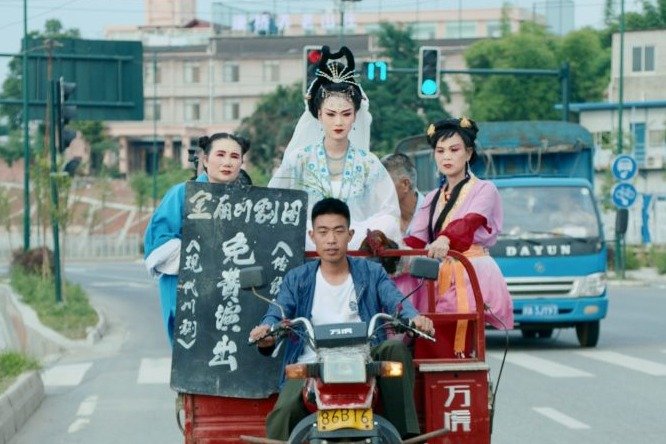 What to see: Celebrating its 15th anniversary, the EUFF rolls out a selection of commercial cinema from European Union countries, all with free admission (first come, first served), though you can reserve a seat for $10. This year’s slate includes Something Is Happening (November 8, 6 pm), a French drama starring Bojena Horackova and Volver’s Lola Dueñas as strangers who develop a connection on an impromptu road trip Danish director Birgitte Stærmose’s Darling (November 9, 6 pm), featuring Danica Curcic as a prima ballerina facing the collapse of her career, and Harry Wootliff’s Only You (November 11, 8:30 pm), a romance starring Josh O’Connor and Laia Costa that might be the EUFF’s final UK entry. (Sure, Boris.) And if you missed Austria’s The Tobacconist (November 13, 8:30 pm) at the Toronto Jewish Film Festival this spring, you have one more chance to catch the late Bruno Ganz as Sigmund Freud in Nazi-occupied Vienna.

What to see: The second edition of James McNally’s weekend short-film festival – now relocated to 401 Richmond – jams 47 films into six programs over a Friday night and an entire Saturday. You’ll find documentaries like Kyle McDougall’s prepper profile You Will Survive Doomsday – screening in Program 3 (November 16, 1 pm) – as well as live-action and animated offerings of comedy, drama, fantasy, sci-fi, horror and pretty much any genre you can imagine. If time is tight, try Program 6 (November 16, 9 pm), which includes Annick Blanc’s apocalyptic undersea drama The Colour Of Your Lips, Asim Chaudhry’s charming London story Love Pool and Sandra Isacsson and Caroline Wallén’s ingenious Swedish experiment Maneater, about which the less you know, the better. 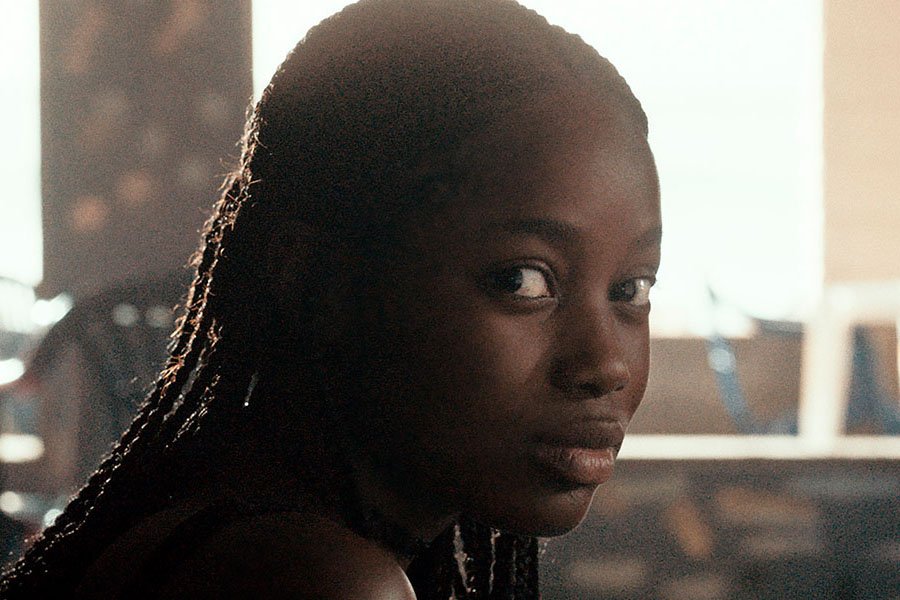 What to see: Now in its 17th year, the community film festival mixes screenings of recent releases like The Last Black Man In San Francisco (November 21, 9 pm), The Farewell (November 23, 3 pm) and festival hits like Mati Diop’s Atlantics (November 23, 8:30 pm) with panels and master classes designed to offer a path to young creatives looking to break into the entertainment industry. This year, Kim’s Convenience writer and producer Ins Choi offers a six-hour writing workshop (November 22, 10 am) for eight writers of colour – applications can be submitted here – and the third edition of the Live Script Lab (November 23, 1:30 pm) focuses on work by Indigenous writers. As always, admission to all events is free and childcare is available on-site.

Blood In The Snow Film Festival

What to see: The film festival dedicated to Canadian horror, genre and underground cinema is out to drench the Royal in gore once again – but, you know, in a fun, accessible way! From The Wild Hunt’s Alexandre Franchi comes Happy Face (November 22, 7 pm), about a troubled young man who infiltrates a support group for disfigured people. Berkshire County director Audrey Cummings delivers She Never Died (November 22, 9:30 pm), starring Olunike Adeliyi as an immortal predator with a taste for the unworthy. Chris Bavota and Lee Paula Springer’s Dead Dicks (November 23, 7 pm) is a deliriously weird horror-comedy about a brother and sister (Heston Horwin, Jillian Harris) trying to figure out why his bedroom keeps filling up with his own dead doppelgängers. And Erin Berry’s Majic (November 24, 4:30 pm) stars Paula Brancati as a conspiracy debunker whose world is rocked when she comes up against a story about the Roswell alien encounter that refuses to be disproven.

What to see: The indefatigable festival of global French-language cinema offers Toronto audiences their first look at Young Juliette (November 26, 6:30 pm), the semiautobiographical drama from the remarkable Quebec writer/director Anne Émond (Our Loved Ones, Nelly). There’s also another screening of the Dardennes’s Young Ahmed (November 26, 8:45 pm), and if you missed them at TIFF, you have another shot at Our Lady Of The Nile (November 24, 11 am) as well as Sophie Deraspe’s acclaimed reworking of Sophocles’s Antigone (November 30, 7 pm). If you’re looking for something lighter, there’s Alexis Michalik’s Edmond (November 28, 8:45 pm), a Shakespeare In Love-style comedy about Edmond Rostand (Thomas Solivérès) racing to write Cyrano De Bergerac in three weeks. The costumes! The candlelight! The promise of romance! It’s all so French, except maybe for the flop sweat.