Every weekend is Pride weekend on streaming platforms. Here are 10 amazing titles from the last decade's queer cinema boom 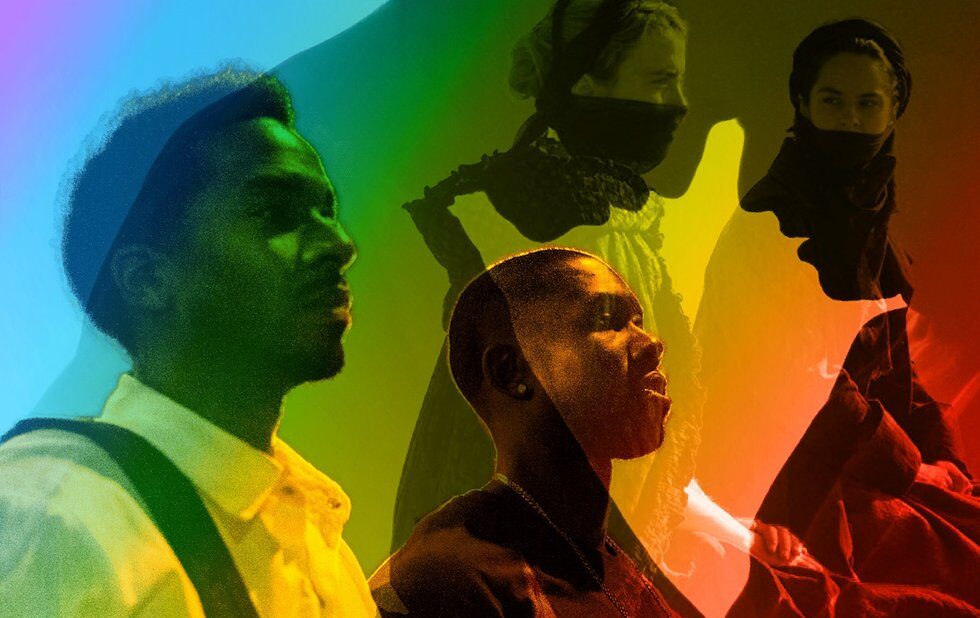 Coronavirus has either cancelled most Pride events or driven them online – that’s 2020 for you – so if you find yourself in a more introspective mood, maybe take some time to appreciate the amazing queer cinema boom that’s happened over the last decade. From indie genre experiments to a surprise Best Picture winner, it’s been a pretty amazing run. These are the best LGBT movies available to stream in Canada.

Stranger By The Lake

Desire can be dangerous, a truism French writer/director Giraudie uses to exquisite effect in this sun-dappled thriller. Single Franck (Pierre Deladonchamps) spends a summer at a secluded beach where men come to hook up. He strikes up a friendship with middle-aged Henri (Patrick d’Assumçao), but Franck is drawn to Michel (Christophe Paou), who’s younger, hotter and almost certainly a murderer. A seductive examination of voyeurism and attraction that never quite goes where you think it will – and knows that sex is never really safe.

Ira Sachs’s piercing drama casts John Lithgow and Alfred Molina as long-partnered Ben and George, who marry as soon as they legally can… and see their happy life together fall apart almost immediately. A thoughtful reworking of Leo McCarey’s devastating 1937 melodrama Make Way For Tomorrow, it also offers a snapshot of queer culture wrestling with questions of generational change and mortality, and Lithgow and Molina acknowledging decades of shared history between them without speaking a word. A downer, sure… but a beautiful one.

Available on iTunes and Google Play, and streaming on Amazon and Tubi.

In 50s Manhattan, a young shop clerk (Rooney Mara) and a well-off suburban housewife (Cate Blanchett) embark on an affair that risks both of their futures. It’s a subtle, subversive love story, surrounding two magnificent performances with exquisite, claustrophobic period detail that makes the romance feel even more precious and rare.

Available on iTunes, and streaming on Amazon and Sundance Now.

Adapted from a play by Tarell Alvin McCraney, Jenkins’s rapturous Oscar-winner about a young man figuring himself out is a complex interrogation of Black masculinity and queerness that doesn’t condescend to a single one of its characters, and features exceptional work from pretty much every person in front of and behind the camera. And it only gets richer with repeat viewings, which is why I named it the single best film of the last decade.

Available on iTunes and Google Play, and streaming on Hollywood Suite Go.

Before this year’s brilliant Never Rarely Sometimes Always, writer/director Hittman made a splash at Sundance with this charged study of a closeted Brooklyn teenager (Harris Dickinson) who knows what he wants but won’t let himself have it. Comparisons to Moonlight aren’t off the mark – both films are about characters learning to overcome their own limited conceptions of masculinity – but Hittman and Jenkins are working in different registers, and Beach Rats carves out its own space quite nicely.

Cone’s scrappy indie drama about an ostensibly straight teen (Marika Mashburn) whose world is rocked when she strikes undeniable sparks with a self-possessed barista (Malic White) was ignored in the rush to praise the lush visuals and low-stakes romance of Call Me By Your Name… and sure, this doesn’t have Michael Stuhlbarg delivering a devastating monologue, but this might actually be the superior film about an attraction that literally changes someone’s life.

Lee’s directorial debut is a searing, intimate mood piece about self-loathing, closeted Johnny (Josh O’Connor) who falls for Romanian migrant worker Gheorghe (Alec Secareanu) as they work his family’s farm together. It’s what Brokeback Mountain would have been if Ang Lee had let his movie be as rough and angry as its characters, with two young men growing close to one another against the unforgiving Yorkshire landscapes. Barely released theatrically, it’s formed a considerable cult following in a few short years. Find out why.

Streaming on Netflix and available on iTunes and Google Play.

Almodóvar’s most recent drama is one of his most personal: a semi-autobiographical study of an aging, isolated filmmaker who reconnects with an estranged colleague (Asier Etxeandia) and starts reassessing his own life. Long-time collaborator Antonio Banderas delivers a performance of remarkable delicacy as Almodóvar’s alter ego Salvador, and the film offers a moving exploration of the longing and regret that drives its once-transgressive artist to rouse himself back to life.

Streaming on Crave and available on iTunes and Google Play.

Sciamma’s lush romance about the bond that forms between an 18th century painter (Noémie Merlant) and her haughty subject (Adèle Haenel) is a beautifully observed, tenderly told drama that just gets richer with successive viewings. If you missed it during its brief theatrical run in February, it’s waiting to you to discover it on the streaming platform of your choice – and also in a new Criterion Blu-ray edition.

Okay, I’m bending the rules to include Martin’s marvelous semi-autobiographical Netflix series, which was produced for UK television. But it is as cinematic as hell thanks to director Ally Pankiw’s rich visual aesthetic, and the whole thing can be binged in about two and a half hours, so it’s basically a movie. Look, watch the first episode – in which obsessive, recovering addict Mae (Martin) and straight-identifying George (Charlotte Ritchie) embark on a whirlwind romance – and tell me you don’t want to mash that “Next Episode” button.