Platforms might change, but movies are still the simplest and most effective way to share another person’s story 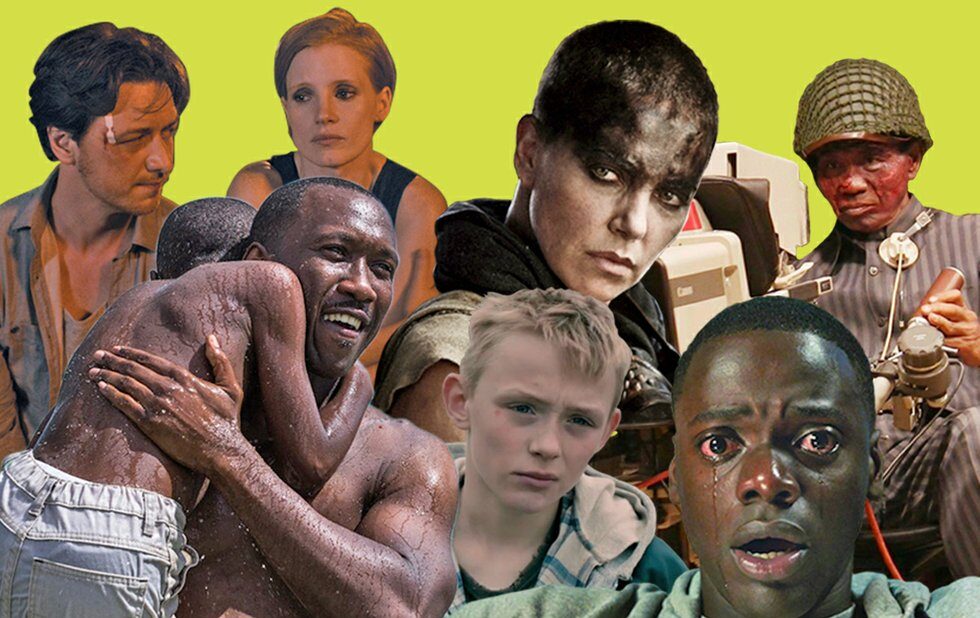 Any of these lists is going to be as incomplete as it is idiosyncratic, and I’m sure I’ll be dragged for some unforgivable omission or another. But these are the movies that resonated with me most profoundly over the last decade: they made me weep, they made me laugh, they made me thrill to the possibilities of cinematic storytelling.

In a decade where the rise of streaming services snuffed out the impulse to leave the house for anything except the biggest of tickets, Roger Ebert’s dictum still holds true: movies remain the simplest and most effective way to share another person’s story, to understand someone else’s experience – wherever they’ve come from, and whoever  they are. These 10 movies did that for me. (Technically there are 11, but you’ll understand.)

Jenkins’s long-overdue follow-up to 2008’s Medicine For Melancholy traces a decade and a half in the life of an African-American kid in Florida through three distinct movements, with Alex R. Hibbert, Ashton Sanders and Trevante Rhodes establishing a remarkable continuity as the protagonist. It’s about how small moments of kindness or cruelty can profoundly affect the human heart, how people are always more complicated than you think they are and how cinema is unmatched at communicating ideas and feeling. Everyone dreams of making a movie this simple, elegant and beautiful Jenkins actually did it.

I had hoped Benson’s exquisite relationship study would be rediscovered when co-stars Jessica Chastain, James McAvoy and Bill Hader reunited for It: Chapter Two, but nope: six years on, writer/director Benson’s first and only feature – about a New York City couple driven apart by a shared tragedy – cannot catch a break. Never released theatrically up here, the original two-part version can be found as an iTunes Extra for the shorter cut (commissioned by Harvey Weinstein) that sliced out more than an hour of footage and abandoned Benson’s ingenious interlocked structure. Go watch that.

Polley’s exploration of her tangled family history is a thoroughly fascinating inquiry into the nature of truth and memory, and one of the most compelling docs of the decade. Beginning as a remembrance of her mother, larger-than-life actor and casting agent Diane (who died when Sarah was 11), Sarah and editor Mike Munn create a sort of master narrative for the Polley family, with the marriage of Michael and Diane as the dramatic focus. But it gradually becomes clear that Sarah herself is the real subject, and it’s thrilling to watch her use the documentary as an attempt to process the revelations that led her to make it in the first place. Full disclosure: we’ve since become friends, which I realize makes this a little awkward… but while I’ve recused myself from reviewing her subsequent output, I stand by my original take on this one: it’s a complex, heartfelt masterwork.

A tale of a family of scammers who worm their way into the lives and household of their wealthy counterparts, this upstairs-downstairs farce from South Korean filmmaker Bong is ingeniously twisty, utterly unpredictable and perfectly sui generis. Parasite never stops being a comedy – this is, beat for beat, Bong’s funniest movie to date – but it’s also a perfect movie to cap off this roller coaster of an era: the world is slipping into chaos, something awful is bubbling up from below – rooted in class and status and deference – and it will not be denied.

Is there anything more punk than making a movie for Netflix that actively resists being watched on Netflix? How about making a masterpiece? Cuarón’s autobiographical study of a young woman (Yalitza Aparicio) working as a maid for an affluent Mexico City family in the early 70s might be his best film, which is really saying something for the director of Children Of Men and Gravity. It’s also a genuine motion picture event, photographed in large-format 65mm and mixed in multichannel Dolby Atmos for an immersive experience that deploys emotional intensity in waves, like the sea tide slowly overtaking sand on a beach. Sure, you can watch it on your phone. But please don’t.

Miller’s poetic, propulsive chase picture was the action film – and the franchise reboot – of the decade. Returning to his post-apocalyptic desert without losing a step, and with Tom Hardy’s near-silent Max ceding the emotional arcs to Charlize Theron’s formidable Furiosa, Miller gave us a celebration of practical stunts, real locations and some beautiful digital colour grading. It’s a delirious demolition derby, and a master class in stripped-down storytelling. Just the best.

Netflix’s unlimited advertising budget for The Irishman (and that whole Marvel thing) means Scorsese is enjoying his biggest spotlight in a decade. But this muted, sombre drama about two Portuguese priests (Andrew Garfield, Adam Driver) venturing into 17th century Japan in search of their mentor (Liam Neeson) is the real masterpiece – an exploration of the limits of faith from a man who’s not as sure about things as he used to be. The story goes that Scorsese had been trying to make Silence for decades, but I’m glad it took this long to come together. It needed to steep.

Joshua Oppenheimer’s twinned documentaries about the Indonesian genocide – one that asks perpetrators of the 1965 coup to re-enact their war crimes for Oppenheimer and co-director Christine Cynn’s camera, the other focusing on a survivor as he travels the country performing eye exams and chatting with people about their actions half a century earlier – constitute some of the decade’s most powerful filmmaking, as well as a master class in the banality of evil and the way trauma can echo through decades.

Barnard’s remarkable first feature – set in the same miserable northern England environs as her searing 2010 documentary The Arbor – is both a clever reinterpretation of Oscar Wilde’s religious parable and a stunning drama about a troubled boy (newcomer Conner Chapman) collecting scrap with a horse and cart in modern-day Bradford. Working with a mix of seasoned character actors and non-professional kids, Barnard blends drama and commentary in a manner worthy of Ken Loach at his peak.

Arriving just a few months after Moonlight, writer/director Peele’s brilliant first feature is a similar declaration of virtuosity and intent – a full-on horror movie, pitch-black comedy and as a searing commentary on race in America as any artist has ever delivered. Just as my beloved Shaun Of The Dead used a zombie apocalypse as the backdrop to a meditation on arrested development and emotional growth, Get Out takes a familiar premise and rips it open to engage with the seething subtext at its core. And however much praise was heaped on Daniel Kaluuya’s performance, it wasn’t enough.

Wondering what didn’t make the cut?