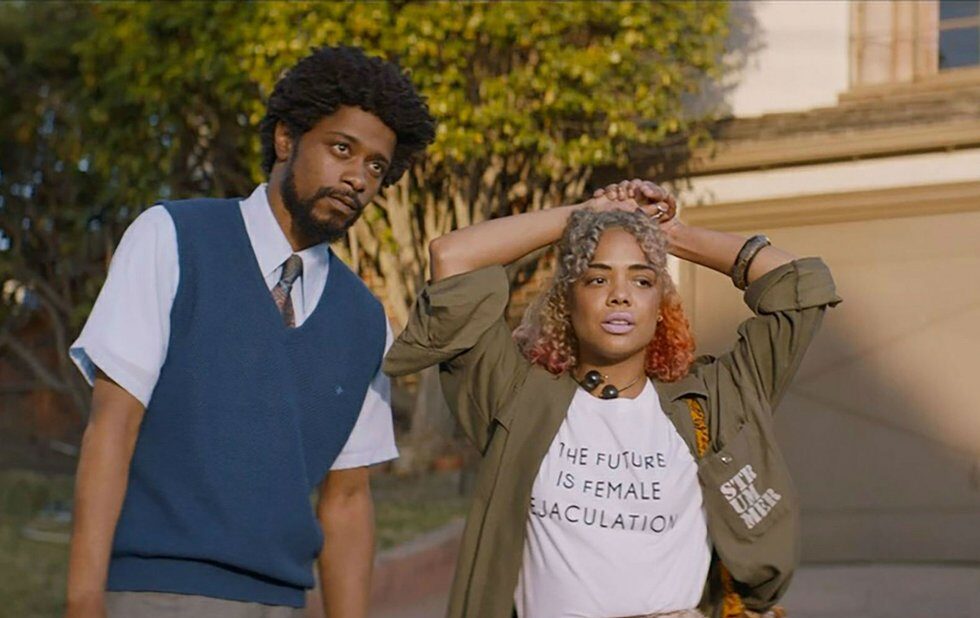 Now that studios drop potential blockbusters year-round, the stakes for summer movies feel… lower, somehow. A good documentary, a fun ride, a fun ride that’s also a good documentary. (They totally exist.) And while I feel 2018 already has its perfect summer release in Hotel Artemis, here are a few other movies I’m excited to see in the coming months.

The Purge movies evolved into a real-time conversation about the cynical rot within American politics so gradually we didn’t even notice – and now, a prequel shows us how it all began, with Marisa Tomei as the politician who started the ball rolling. July 4

Ant-Man And The Wasp

After the grim finale of Avengers: Infinity War, the Marvel universe could use a little superhero foolishness – so Paul Rudd and Evangeline Lilly are stepping up and getting small to help Michael Douglas with another super-secret project. Walton Goggins, Michelle Pfeiffer and Killjoys’ Hannah John-Kamen join the cast. There is no downside to any of this as far as I can tell. July 6

Eight years after Winter’s Bone, writer/director Debra Granik returns with another study of people in the margins of America – here, it’s Ben Foster and Thomasin Harcourt McKenzie as a father and daughter living off the grid in Oregon. I am led to understand it’s a thriller in much the same way that Winter’s Bone was – so I’m all in. July 6

Sorry To Bother You

All I know about this much-buzzed Sundance hit is that it’s some sort of sci-fi fantasy comedy about telemarketing… and really, that’s all I need to know. Wait, I also know the cast is packed with ringers like Lakeith Stanfield, Tessa Thompson, Armie Hammer and Terry Crews. Oh, and writer/director Boots Riley was the lead singer of the 90s hip-hop outfit The Coup, which means shit’s gonna get real. July 13

Another documentary, I know. But this one has a fascinating hook, telling the story of triplets separated at birth and reunited at 19 through dumb luck… and that’s just the setup. I missed this at Hot Docs – I was watching 40 other films, jeez! – but I won’t make that mistake again. July 13

Tom Cruise’s action franchise returns for a sixth go-round, promising even more real footage of an aging movie star risking his life because it’s the only way he can feel anything anymore. (I mean, one assumes.) Christopher McQuarrie – who made the terrific fifth installment, Rogue Nation – is back at the wheel, as are co-stars Ving Rhames, Michelle Monaghan, Simon Pegg, Alec Baldwin and Rebecca Ferguson. July 27

Ken Marino – the affable MVP of everything from Party Down, Children’s Hospital, Burning Love and every iteration of Wet Hot American Summer – assembles his pals Nina Dobrev, Finn Wolfhard, Eva Longoria, Tig Notaro, Thomas Lennon, Lauren Lapkus, Adam Pally, Rob Corddry and Jessica St. Clair for a comedy about people and their dogs. I like all of those things. August 10

Regina Hall, Haley Lu Richardson, Dylan Gelula, AJ Michakla and James Le Gros are among the ensemble cast of this comedy set over one day at a Hooters-like restaurant… which, if we’re being honest, is not exactly the most exciting pitch. So why am I marking it on my calendar? Because it’s written and directed by Andrew Bujalski, who makes eccentric character studies like Mutual Appreciation, Computer Chess and Results – and he’s sure to nudge things in an unconventional direction. August 24